Ethereum is being traded in the middle of its two-months sideway movement. The majority of traders expect a downward trend. Will there be a fall, and how strong will it be? 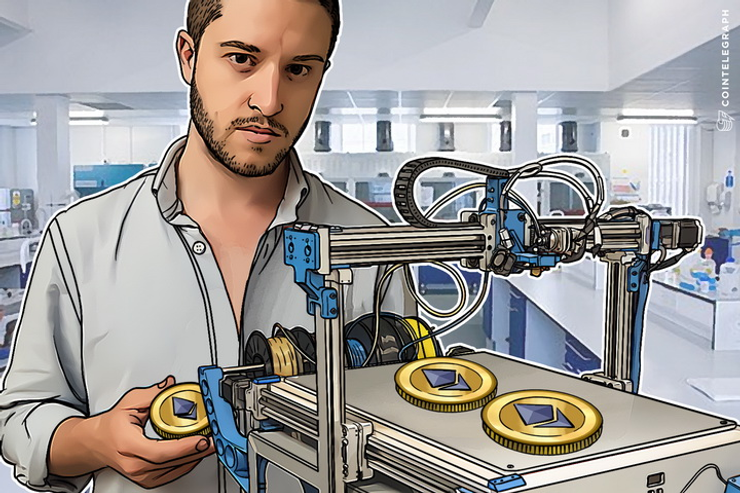 Ethereum is being traded in the middle of its two-months sideway movement. The majority of traders expect a downward trend. Will there be a fall, and how strong will it be?

Ethereum’s price has formed a wave of a long-term flat towards 0.0220, which started in July. Without ever fortifying, the price yet again returned to the middle of the flat. Such behavior happens due to the uncertainty of the market. It seems that the trustworthiness of Ether was diminished after the DAO affair, and most traders have been doubtful since then.

Ether’s price behaved similarly almost a year ago. A protracted flat began in the end of October 2015 and the price remained inside a narrower range for more than two months. It was followed by an explosion of long-term growth. The price fortified in March 2016 and, after the release of the alpha version of Ethereum’s Frontier, a period of faster growth began, which continued the wave of the long-term upward trend.

At the moment, the sideways movement is similar in scale. If the market makes up its mind, an upward movement is quite likely. Ethereum’s price can grow at least twofold, if a turn to growth forms.

But the current situation hints at the opposite scenario. Currently the volume of sell orders is twice as large as that of buy orders. The majority of traders try to sell Ether, rather than buy it. A similar situation took place two weeks ago. It resulted in Ethereum being unable to form an upward trend. Instead, the price rebounded from the top resistance line and headed downward. Pretty significant sell volumes (more than 30K Ether) were situated at the top limit of that flat, near 0.0220.

That’s why the new trend is most likely to begin from one of the limits of this long-term flat. For a more protracted growth the support for that trend has to be quite significant. As long as the price is rebounding from lines, where large volumes are concentrated, the flat will continue. But, just as last year, and in most cases, a movement is born on one key resistance. Thus, if Ether’s price manages to fortify near 0.0220, without returning to the middle of its flat, that reaction could provoke the traders into buying. If the price goes up, it will face more resistance lines than in the downward scenario. The key level for the downward trend is at the level of 0.0160. It is clear that large volumes of buy orders are concentrated in that area, and there are many fewer traders willing to buy below it. If the price holds at that level and forms a turn, a powerful fall might follow.

In regards to ETCUSD, the number of bulls and bears is almost the same.

Ethereum Classic is currently moving inside a flat. From the standpoint of classical analysis, the price may be in a correction towards the downward trend. A rebound towards that trend could continue right up to 2.5, after which the price will either continue going down, or will turn to growth.

The ETCUSD situation is similar to Ethereum’s one, albeit on a smaller scale. For a certain trend to start forming, the price has to react to an important level. The top resistance line is near 1.5. That is the top limit of the sideways movement, where large volumes of sell orders are concentrated. The bottom limit is near 1.3. If the price fortifies and forms a turn at one of these levels, an impulse towards at least the next significant resistance line is likely.