Ethereum’s price is fortifying at the upper limit of a 2-months long stagnation. The probability of growth is rising. Will a new long-term upward trend form? 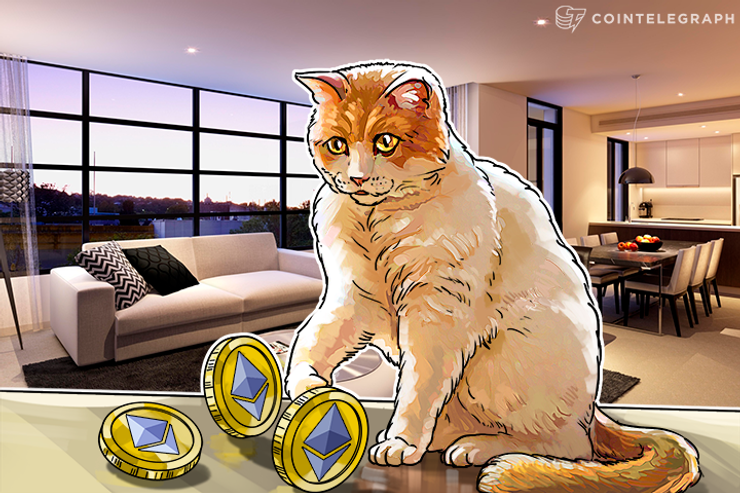 Ethereum’s price is fortifying at the upper limit of a 2-months long stagnation. The probability of growth is rising. Will a new long-term upward trend form?

The situation on Ethereum is heating up. Its price made more than 5 attempts to fortify at the level of $13. The bulls’ doubts are shown. The most recent surges of the price towards that resistance, just like the sharp returns to the starting point, are what’s indicative of the differing opinions of the crowd. It’s possible that a big player used this tactic to provoke the majority into buying. At the moment, Ether enjoys significant support at the level of $12. The volume of buy orders at that level is several times larger than that of sell orders at $13. The situation is shaping in favor of an upward movement, as long as that support exists. Protracted flats are usually followed by powerful trends. Such reactions happen due to large volumes that accumulate during the side-way movement.

It seems that this reaction of Ether’s price is corresponding to the conference in Shanghai, which took place on September 19. Vitalik Buterin, the co-founder of Ethereum, planned to present a new version of the protocol. The third version of the document will allow Ether to move on to the proof-of-stake algorithm, which was planned to begin in March this year. These new proposals can cause an increase in Ethereum purchase deals.

At the moment, the price is stopped near a key level, at an intersection point of a diagonal channel and accumulated volume. However, for a more confident growth it needs to form a turning wave. For that, the downward rebound shouldn’t reach the $12 support line, if it does, the side-way movement will continue. The majority of traders need to support the price at the level of $13. In that case, an upward impulse will likely occur. If the price returns to the level of $12, a turn to decline is most likely attainable at that point.

Ether’s price will stop at that mark, if the support remains in the form of large buy orders.

The price of Ethereum Classic is fortifying at the bottom limit of the side-way movement. A subwave has been formed for the movement to continue along the downward trend. The fall may continue, if a turn to decline forms at the level of $1.3. At the moment, the advantage is held by the bears. The volume of sell orders is significantly ranking higher than that of the buy orders. That’s why it’s currently highly risky to bet on growth.

From the standpoint of technical analysis, the downward trend so far remains intact. For ETC’s price to turn to growth, it has to fortify and re-form the turning wave at the clashing point of opinions of bears and bulls. That level is the top limit of the flat near $1.5. One can clearly see the large volume of sell orders, which has accumulated at that level, due to that point being profitable for the bears. The level of $1.5 is the peak of a correction toward the downward trend. That’s why that mark can be the starting point for an upward trend. A fortification at that level will be indicative of the fact that the advantage was taken by the bears.

Otherwise, the odds will be on the side of a continued downward movement.

The key technicals where a change of trends is most likely to take place: