Mediabistro Announces Keynote Speakers and Second Track of Sessions for Inside Bitcoins Conference & Expo in New York City on April 7-8, 2014 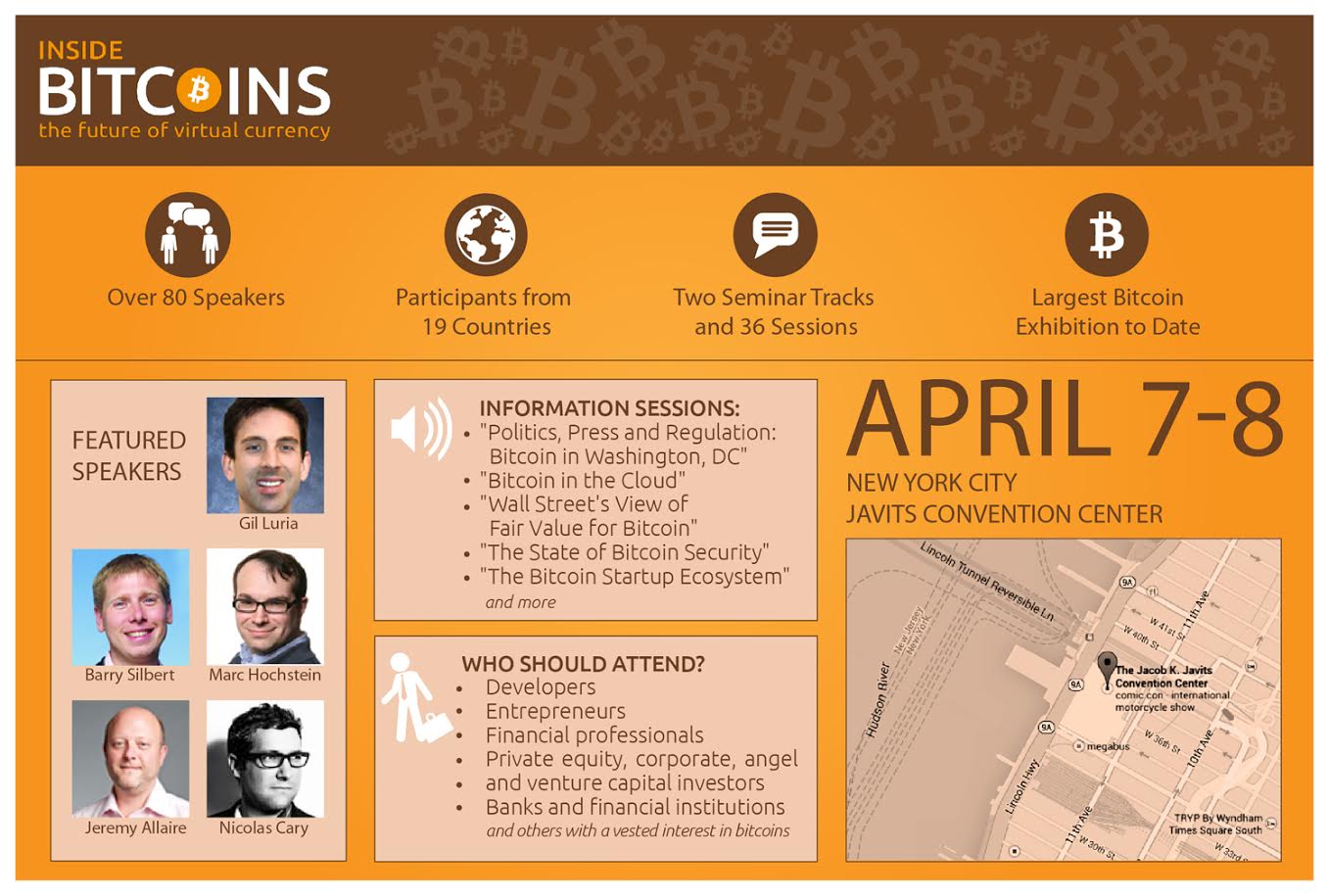 Mediabistro Inc. (Nasdaq:MBIS) announced  that Jeremy Allaire, Founder & CEO of Circle, will deliver the opening keynote on April 7 at Inside Bitcoins Conference & Expo in New York City at the Javits Convention Center. Allaire is joined by Nicolas Cary, CEO of Blockchain.info, who will deliver the afternoon keynote on April 7, and Barry Silbert, Founder & CEO of SecondMarket and creator of the Bitcoin Investment Trust, who will speak on the panel "Wall Street’s View of Fair Value for Bitcoin" the morning of April 8.

With "Satoshi Square" events popping up worldwide, Inside Bitcoins is excited to announce the addition of a special space, Bitcoins Trading Café. The trading event is sponsored by Bitcoin Center NYC and is located in the middle of the trade show floor, where attendees can meet to buy and sell bitcoins. In addition to trading, this space will allow bitcoin enthusiasts to network, relax, and discuss the cryptocurrency.

A second track of conference sessions have been added to the event and include: A Startup Perspective: Building a Trading Platform from Scratch by Luke Jones, Co-Founder of Coinarch, Bitcoin Merchant On-Ramp by Steve Beauregard, Founder & CEO of GoCoin.com, Bitcoin in the Cloud by Benjamin Gorlick, COO of CloudHashing, Bitcoin Comes To Main Street by Tyler Roye, Co-Founder & CEO of eGifter, Beyond Bitcoin: BitShares Delves Into Digital Shares by Daniel Larimer, Founder & CEO of BitShares.org, and Data Center Planning Calculator for Megawatt Mining by Eric P. Doricko a Data Center Crypto-Consultant.

Cointelegraph.com will serve as a media partner with Inside Bitcoins to provide discounted rates for readers. Get <span s