Interview: Chris Courtney from the myFINBEC art and wine project

How does a Swiss winery get involved in cryptocurrencies? Is that something other winemakers and/or arts collaborators should get in on at this stage in those economies’ developments? We spoke to event producer Chris Courtney to find out. 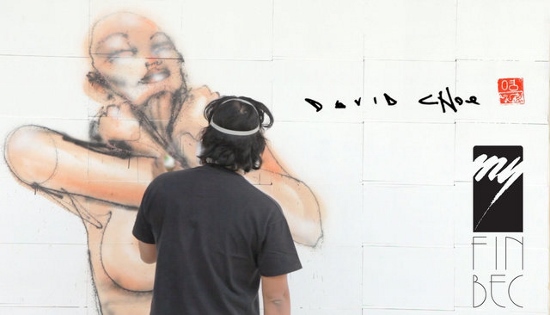 We reported on an interesting art and wine collaborative project called myFINBEC last week, and our curiosity was piqued enough that we had to follow up on the story.

How does a Swiss winery get involved in cryptocurrencies? Is that something other winemakers and/or arts collaborators should get in on at this stage in those economies’ developments?

We spoke to event producer Chris Courtney to find out.

Cointelegraph: What is your general opinion of cryptocurrencies?

Chris Courtney: As far as cryptocurrencies, back in 1993 when first saw the Internet, it was an invention that you knew right away was going to change everything. Then came P2P sharing for music and files, and you got the same feeling. Cryptocurrencies make so much sense on so many levels that you react right away and adopt as fast as you can. The myFinBEC project sells wine all around the world, so we created a version of the website that would just cater to Bitcoin, so everyone sees the same price. We even went so far as to only have the price in Bitocoin so you don't see the price in dollars or euros. It is really important that people start thinking in terms of the price in Bitcoin and not what the exchange rate price is.

CT: Do you plan to accept other cryptocurrencies?

CC: I have looked at many other cryptocurrencies like Litecoin, Doge etc. I am concerned that throwing too many cryptocurrency options at the public can already confuse the situation, and many people are already having a tough time understanding the concept of cryptocurrencies and Bitcoin. We are in a wait-and-see mode for right now. The winery is in Switzerland, and they have the Swiss Franc, which is still on the gold standard, so it was a funny argument to tell them that cryptocurrencies are a solid value over the Swiss Franc. So they have been happy so far with the Bitcoin; I am not going to push at the moment for other altcoins.

CT: Have you faced any problems implementing this?

CC: The implementation was not a problem; it took very little effort. We are taking the wine and the art on a European tour this summer (July-September), and we are going to be selling the wine and the art in each city. One option to be at these art shows will be to use Bitcoin and QR codes, but we are running into all kinds of grey areas because we are technically selling alcohol in another city, but the wallet belongs to the winery Cave Fin Bec in Switzerland. [The question is] are they buying the wine in Switzerland or not? We are in the process of figuring all of this out so we don't get into too much trouble.

CT: What payment system / wallet have you chosen? Are you collaborating with any other cryptocurrency companies?

We have a Blockchain wallet. After Mt. Gox, I don’t like the idea of my private key with someone else. I don’t leave money or Bitcoin with an exchange. We use BitPay for the processing. We will change this in the future most likely to have direct payment to our wallet. I think BitPay does a great job, though, but we have been waiting for a long time for them to process our upgrade to 10K dollars per day. We are still at 1000 dollars per day, and we sell wine cases at 340 dollars each. Because of the art, many people buy three to five cases at a time. I am reaching out to many other Bitcoin-based companies to bring attention to services I think are really great that need some exposure. Our videos for myFINBEC have been seen over 1 million times around the world, so if we can help out with some marketing, that is how we can contribute to the community.

CT: What are you expectations for accepting Bitcoin?

CC: My expectations accepting Bitcoin were not high. I know that most holders of Bitcoin are looking at Bitcoin more like a stock rather than a digital currency. I wish there were more bars and restaurants accepting Bitcoin. They way to get new people to use Bitcoin is when they go out with friends or family and then take out their cell phone and pay for dinner or drinks. I am originally from San Francisco and saw my fair share of paper millionaires back in the late 90s, and I am afraid that many current Bitcoin holders are thinking in this same manner, not realizing that Bitcoin could go crash and burn just like anything else digital. I don’t think cryptocurrencies are that fragile. The concept is solid and will succeed, more like Bitcoin could be a Napster if things don't change.