Huge gaps still exist within the thriving blockchain gaming market. The earning mechanisms in blockchain games have been limiting users on collectible models.

The gaming industry is becoming hugely decentralized. Today, play-to-earn (P2E) games are spearheading new developments. They have introduced digital identities, in-game assets and are giving players ownership. These games show the connection between the physical and digital worlds.

Whereas blockchain games continue thriving, most of them use collectible models. Here assets increase in value as the community grows and demand goes up. Thus users have been forced to buy and wait, a feature that limits their gaming experience.

Bit Hotel is a more modern upcoming gaming platform making a stab at the blockchain gaming sector. The NFT-based platform with a P2E model has a good old 8-bit game design similar to that of the old-school flash game Habbo hotel.

The team is big on social and community efforts. According to them, the current market is inadequate in its offerings, “We see a huge gap in the market when it comes to social & community aspects on the blockchain,” the team shares.

They also mention that the current game setup denies individuality and online expression of authenticity. The team adds, “We have very cool online usernames and profile pictures. But there is no immersive audiovisual component that does justice to our individuality and maintains our anonymity.”

Bit Hotel seeks to correct the shortfalls mentioned above. It’ll do so by giving players the option to customize their user individuality and in-game identities. One step it’s taking to meet that goal is launching its in-game currency, the Bit Hotel Token (BHT), and has planned an 8-Launchpad Roadshow to get players on-board early, five of which have sold out in minutes. 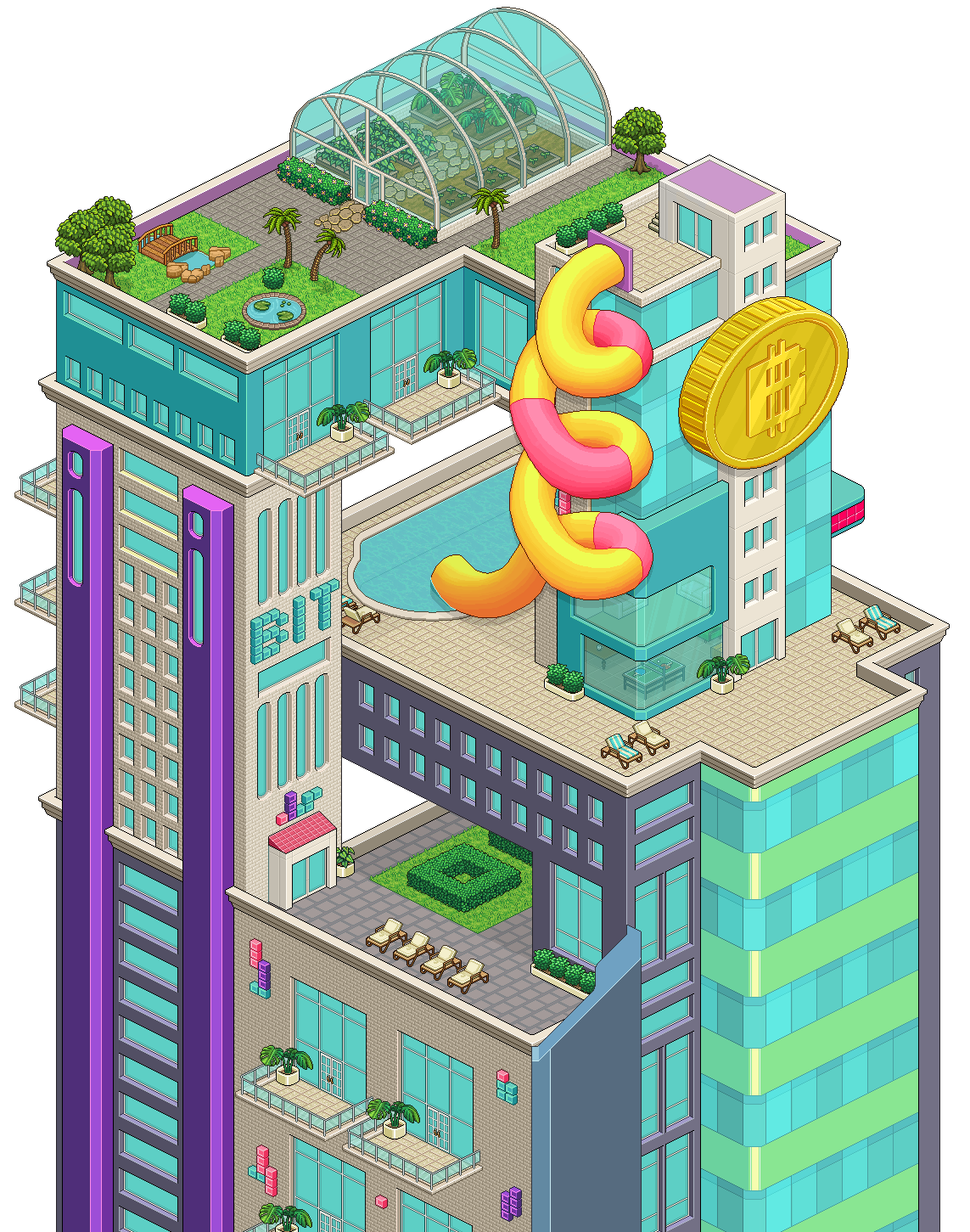 Gamers can link and chat with other players within the platform. Alternatively, they may participate in player-versus-player (PVP) competitions for token rewards, and they can withdraw those rewards to their wallets.

The project will develop new fun characters to better engage the community, run a massive land sale and offer monthly incentives to join the Hotel community. Users will have a selection of characters and land to choose from. Thus they'll be able to differentiate themselves from competitors.

One of the advantages of being an active player is the opportunity to participate in Bit Hotel’s governance. To do so, a player has to stake the game’s native tokens or rank high up in the leaderboards. Again, they may also use those to acquire nonfungible tokens (NFTs) that they can use in the game.

Likewise, Bit Hotel holds tradable in-game NFTs, including adorable characters and rooms. Plus, it has accessories with their own unique perks; a gamer can trade these on the open market. Besides, they can use the rooms for meetings and as their social hubs.

In keeping with its social aspects, Bit Hotel will incorporate clubhouses. This feature targets DAOs and different communities on the platform. Here they can hold their AMA’s, IDOs and other communal activities.

Prior to its token launch, Bit Hotel will allow players to invest like VCs through their seed round allocation. Further, the platform will hold a double launchpad public offering right before public listing.

Bit Hotel has partnered with Seedify, Gamestarter, Ferrum Advisory Service, Superlauncher and many more heavy-hitters to ensure their launch is a success. Moreover, it has collaborated with Enjinstarter and Lithium to drive its seed sales. Other partners include Dutch Game Studio, HODL, AltcoinBuzz and TruePNL.

Bit Hotel has plans about listing on different decentralized (DEX) and centralized (CEX) exchanges. Additionally, the platform will incorporate NFT offerings. Shortly after the token generation event (TGE) on Dec. 23, Bit Hotel will launch an NFT marketplace, where Bit Hotel NFTs will be traded.