The reason for the decline of most altcoins out there is due to the lack of real world application. A coin that has stood out in the past few weeks for this exact reason is SyncCoin. 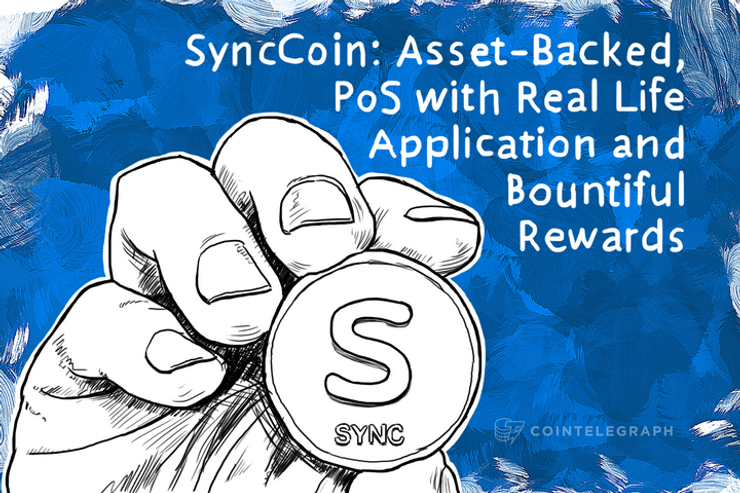 The reason for the decline of most altcoins out there is due to the lack of real world application. A coin that has stood out in the past few weeks for this exact reason is SyncCoin.

Unlike others, SyncCoin excels thanks to the many uses the developers have brought to it. But what stands out the most out of all that has implemented by the developers is that it is asset backed.

Now, something rarely seen in the world of cryptocurrencies has been brought into the table thanks to hard work of the developers. Sync is actually backed by domains acquired by the development which come to a total value of over US$1 million, and they also provided a sale analysis of domains for this past quarter. The total number of SyncCoins is equal to 1,000 so if you do the math, Sync’s potential value could be at least 2 BTC.

Another important aspect of SyncCoin is SyncMiles. The ability to purchase miles for a variety of airlines through Sync is a great and quite unique feature bringing a great deal of real world use to Sync.

Regarding the coin itself, Sync has some interesting programs in order to make people hold the coin longer, and to make the coin’s price less volatile, particularly, the Sync Whale Program and the Profits Program.

Firstly, the whale program is intended as a way to make coin staking seem better than selling due to the high interest rate attained by SyncCoin, and a minimum amount of Sync is required in order to participate in the program. It has been announced though, that the total coins in circulation are around 400 and that 700 coins are enlisted in the Whale Program.

SyncCoin also has a stability fund through which coins are bought and sold in order to gain bitcoin funds to buy SyncCoin. It would mostly work to set up buy support for Sync so that the price doesn’t dip below the real price. Not only this, all of this is run by the SyncFoundation which is designed to provide services and rewards to SyncCoin holders in order to foster stability, value, and growth.

One of the most prominent people involved in SyncCoin, Smokin35, made a very interesting statement regarding the SyncFoundation:

“Truth is the Foundation has invested more money and assets in Sync than it's entire current market cap. What other devs can claim that?”

The Sync Profits program works through the assets that back up Sync. The domains would be sold at a later date and 50% of the profit would be distributed among Sync holders who own 3 or staking Sync. The only thing in questions would be the time at which the domains are sold as a legitimate buyer needs to be found.

Currently, there is a series of developments that will take place or have already taken place according to the SyncFoundation’s roadmap: