Erik Finman, a teenager from Idaho turns $1k into a thriving business with the help of Bitcoin. 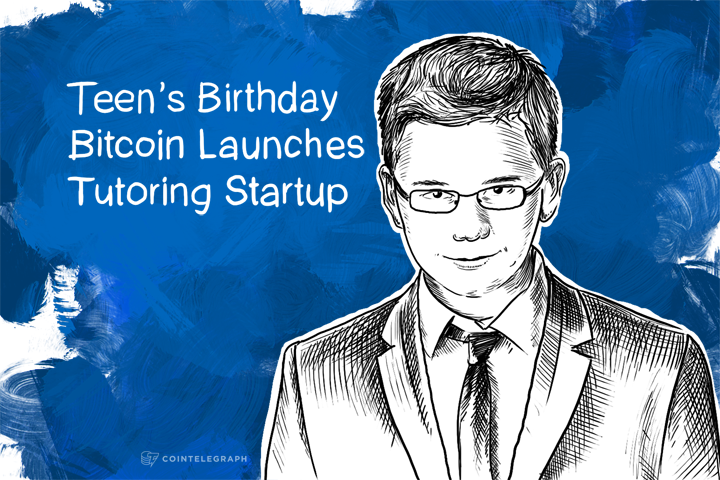 We have all heard about teen phenomenon’s that create an application and cash in for millions. While it is a lot rarer than most people think, it does happen. The reason that it does not happen very often is that not everyone is able to write code naturally. We all have our talents and with these kids those talents let them seem in such a way that writing code is smooth and easy.

But you do not have to be a coding guru to make a great deal of money online if you are patient and catch a new wave at the right time, like Erik Finman, a 15-year old high school student in rural Idaho. Erik had received $1,000 as a birthday gift two years ago from his grandmother. Erik was no newbie to computers and had been reading about cryptocurrencies for months. When he received the money he decided to invest in Bitcoin and his timing could not have been better.

Finman netted a $100,000 by the time the price began to level out in November and he cashed out, which also turned out to be an excellent business decision. But this young man had not finished establishing his credibility. After planning Finman opened his own online business with the money earned from his one Bitcoin trade called Botangle. Botangle is an online tutoring website that uses video chat and already has 20 permanent staff which includes not only tutors but designers, animators and programmers.

Botangle, of course, accepts Bitcoin for payment of its services and Finman himself participated in a Reddit Q&A where he offered advice about making money with Bitcoin and tips that make successful start-ups. The website matches tutors with students and accepts memberships from both classes and they have classes in literally dozens of categories and they are claiming more than 1,000 members on their website, which seems to be very well designed and easy to navigate.

Erik is a strong believer in the power of the digital world. He told Mashable in an interview:

"Some people can't comprehend how a 15-year-old could do something like this. What a lot of people don’t understand, young or old, is that you can create anything you want with no barrier to entry on the Internet. I read 'Without Their Permission: How the 21st Century Will Be Made, Not Managed' by Alexis Ohanian and it taught me that I could do anything through the Internet. I wanted to use the beauty of the open and free web so people like me can get access to a great learning experience; whether they're from rural Idaho, New York or even Africa."

Erik seems to be handling his position quite well. When interviewing candidates he always asks if working with a 15 year old will bother them but regardless of that if there is a problem it will resolve itself. This young man seems to be extremely talented in finding and riding waves to success. He was able to spot the potential of Bitcoin and took advantage at the right time. When we consider the current state of the American public and private educational systems affordable and effective tutoring services are becoming more and more in demand.