LocalCoinATM, the Ontario-based bitcoin and Ethereum ATM manufacturer, has installed its first batch of Ethereum ATM in Canada. 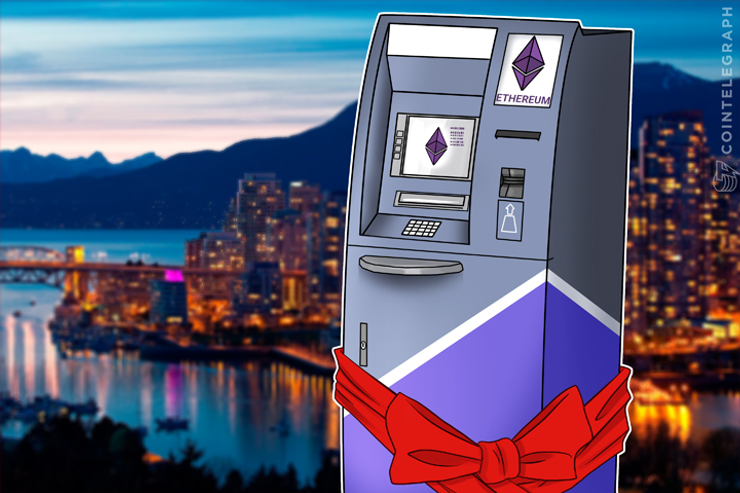 LocalCoinATM, the Ontario-based bitcoin and Ethereum ATM manufacturer, has installed its first batch of Ethereum ATMs in Canada. These were installed over the past week in three different locations: Toronto, Brampton and Etobicoke. All of the ATMs were launched in branches of Hasty Market, a popular convenience store chain in Canada.

“We’re excited to announce that we’ve added support for Ethereum on all our Bitcoin ATMs in Toronto and the GTA. We are the first Ethereum ATM providers in Toronto. Ethereum has revolutionized the crypto industry with its smart contract features.”

Through the two-way ATMs of LocalCoinATM, Ethereum users and investors can easily purchase and sell Ethereum for fiat. Similar to how Bitcoin ATMs work, Ethereum ATMs display an Ether deposit address for sellers and require buyers to enter the addresses of their Ethereum wallet to purchase the cryptocurrency with Canadian dollars.

However, since 2016, an increasing number of investors and traders have started to purchase Ethereum as a long-term investment and store of value, considering its rapid and exponential rise in value within a relatively short period of time. In fact, many regions in Asia including Japan, China and South Korea have demonstrated a surge in demand for Ethereum from both casual and professional traders.

Why are Ethereum ATMs necessary?

Most cryptocurrency exchanges such as Bittrex, Bitfinex, Bithumb, Coinbase, GDAX and Kraken provide professional investment tools and high liquidity for investors, creating an efficient and secure environment. But such exchanges require compliance to strict Anti-Money Laundering (AML) and Know Your Customer (KYC) laws and as a result, users have to undergo a complicated process of verification and account approval.

For users, traders and investors seeking to purchase small amounts of Ethereum, it’s not practical or efficient to purchase Ethereum through exchanges. Ordinary consumers and beginner users can instead utilize Ethereum ATMs which simplify the entire process. Such ATMs avoid the strict AML/KYC laws by limiting transactions to relatively small amounts.

In South Korea and Hong Kong, Bitcoin ATMs have been quite popular for this very reason. Buyers and sellers trading small amounts of Bitcoin or Ethereum are reluctant to undergo an arduous and invasive verification process.

In the upcoming years, as global adoption of Ethereum increases due to rising development activity around the smart contract-based Blockchain protocol, Ethereum ATMs will be useful channels for casual users and investors.