Press Release
Own this piece of crypto history

Scaleswap announced the successful completion of its initial DEX offering on its new fair and transparent IDO launchpad. Scaleswap raised $175,000 from the public sale from community backers who accumulated Scaleswap (SCA) tokens, with the IDO sold out within seconds. The SCA token started trading on the decentralized exchanges Uniswap (on the Ethereum network) and QuickSwap (on the Polygon network) subsequently.

A significant milestone for Scaleswap

Scaleswap’s IDO and platform launch was one of the highly anticipated events that herald a significant milestone for the decentralized platform. Before the IDO, Scaleswap launched a whitelist campaign and received over 19,000 applications within just three days. This demand surpassed all initial expectations given the bearish sentiments in the crypto market. 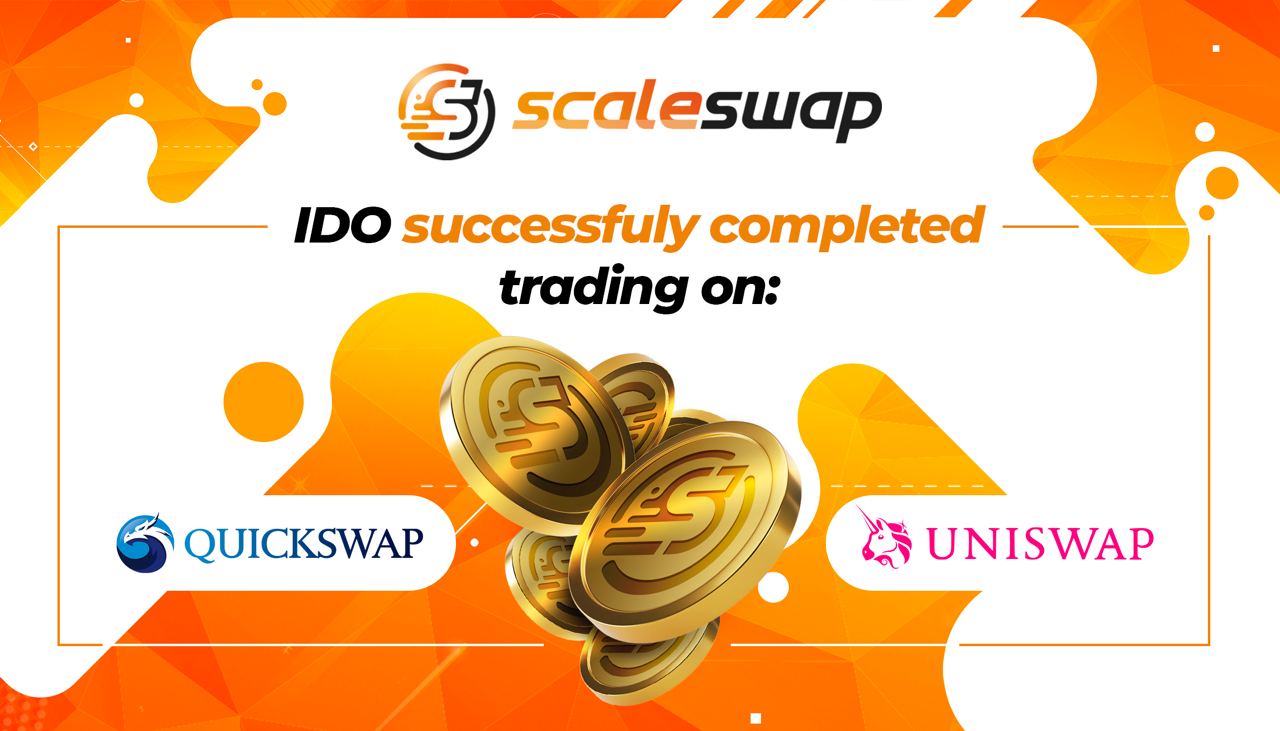 Scaleswap is a next-generation launchpad built on an advanced layer-two scaling protocol powered by the Polygon network. Unlike other IDO launchpads, Scaleswap has developed a fair loyalty scoring system called ScaleSCORE. ScaleSCORE is a six-dimensional scoring system that rewards community members for contributing to the growth of the Scaleswap ecosystem. SCA token holders allocate points for holding tokens and providing liquidity on decentralized exchanges such as Uniswap and QuickSwap.

Powering the Scaleswap ecosystem is its utility token, the SCA token. SCA is an ERC-20 utility token that allows users to access different features and is a vital component of the ScaleSCORE loyalty system.

The IDO launchpad has already earmarked plans to expand its ecosystem by launching several products in the area of special-purpose swaps, liquidity provision and instant airdrops on layer two, and has indicated to work on the integration with further protocols (cross-chain compatibility).

Next to these plans, one of the first new and unique features will be the fully customizable autopilot pool participation functionality which is highly anticipated by the community.

Scaleswap underlined its aspiration to be the first fair and transparent IDO launchpad and the community is curious for the first project to launch on Scaleswap. The management team mentioned that the announcement will be released very soon.