2019 Blockchain Convergence Summit: Chain Plus+ Kicked Off with Great Fanfare… Attended by All Major Blockchain Investors

2019 Blockchain Convergence Summit: Chain Plus+ (Chain Plus) opened with great success, attended by around 2000 blockchain experts and general participants from South Korea and overseas.

Chain Plus is a forum co-organized by MTN (Money Today Network, the 3rd largest Economic Media Group) and global blockchain accelerator 'Chainers', which drew attention since the preparation of the event, and participated by more than 70 projects and 120 media from 8 countries worldwide.

According to Chainers, the event was planned to host with 1,500 applicants, but actually about 2,000 participants registered for the event.

In addition to general investors, various government officials, influencers, and industry representatives participated in the event. Particularly, government officials such as Park Won-soon, Mayor of Seoul, Silvio Schembri, Minister of Malta, and Kalle Palling, Member of Estonian Parliament participated with speech to share their opinions on the direction of government policy toward technological change.

"Year 2019 will be the first year of the blockchain industry’s major growth," said the keynote speaker Park Won-soon, Mayor of Seoul, and added "The city has included concrete details in the master plan on building the ecosystem and innovation of administrative service in the blockchain."

The first track of the event was a panel discussion of key government officials on the subject of "How should government policy adapt to the technological changes?" Song Hee-kyung, co-president of the 4th Industrial Revolution Forum of the National Assembly, stressed "It has been 10 years since the blockchain technology was introduced. The government needs to take strategic measures."

Pyo Chul-min, the member of the Fourth Industrial Revolution Committee pointed out, "A number of ICOs have taken place due the easiness to raise funds, but the damage caused by the project failure is huge," suggesting security-type fund raising as an alternative method for attracting capital for startups. 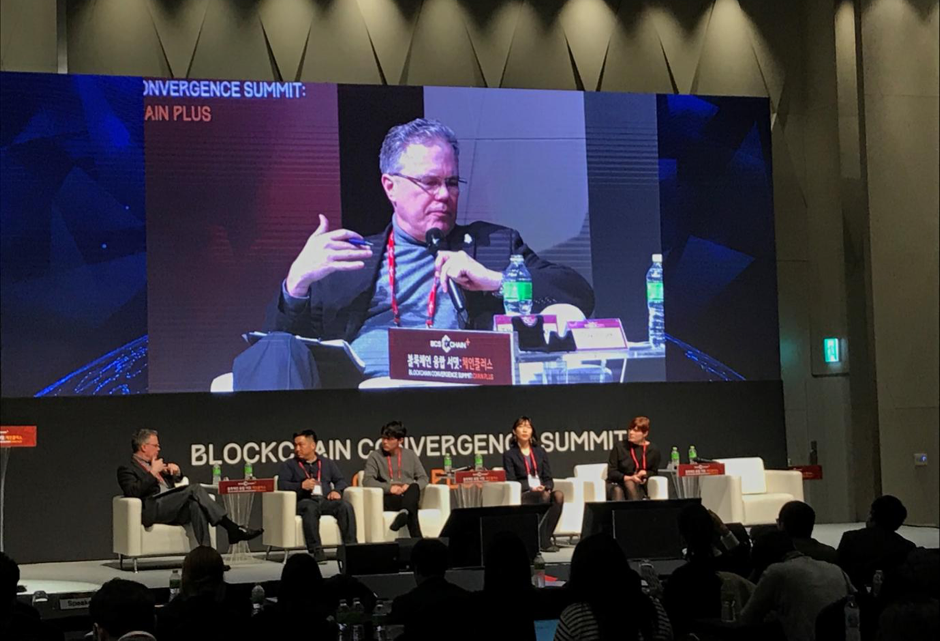 Perry Jung, the host of the event, said, "Year 2019 will be the first year of true application, based on the financial infrastructures such as security tokens and stable-coins," and remarked “I hope Chain Plus can become a venue where the alternative ways of overcoming the limitations of blockchain and cryptocurrency can be discussed."

These excellent companies showed their amazing products and also shared their valuable opinions which brought the conference to a climax.

In the meantime, on the 24th, the second day of the event, global industry experts like Shin Hyun-seong, CEO of Terra, Tim Draper,founder of Draper Associates and Yao Yongjie, Chairman of Grand Shores Fund, are scheduled to participate to discuss the key issues and prospects of the blockchain industry including the security tokens (STO) and stable-coin.