Nicosia, Cyprus, June 25, 2021 – When entering the market, developing strategic partnerships is crucial to building brand credibility. Adding to the list of partnerships and collaborations, ADAX has now welcomed Bitcoin.com co-founder Mate Tokay to its team as a strategic advisor and investor. This collaboration came shortly after ADAX shook hands with Charli3, another major player in the Cardano ecosystem.

Mate Tokay is an influential figure in the field of blockchain and crypto. As an early adopter of cryptocurrency, Mate set foot in Bitcoin in late 2012 and began mining with custom ASIC miners in mid-2013. Seeing the opportunity to share the development of the ecosystem, he found Bitcoinist.com, a Bitcoin news and reviews website, and later sold the website and cofound Bitcoin.com with Roger Ver.

His ultimate goal and passion are to make cryptocurrency used as widely as possible; he enjoys attending crypto conferences and expanding his network with more people from this field. As for Cardano, Mate is a longtime believer and bought his first ADA bag for less than $0.3. His vision broadly aligns with ADAX's vision, prompting him to join the team and advocate for the global adoption of the project. 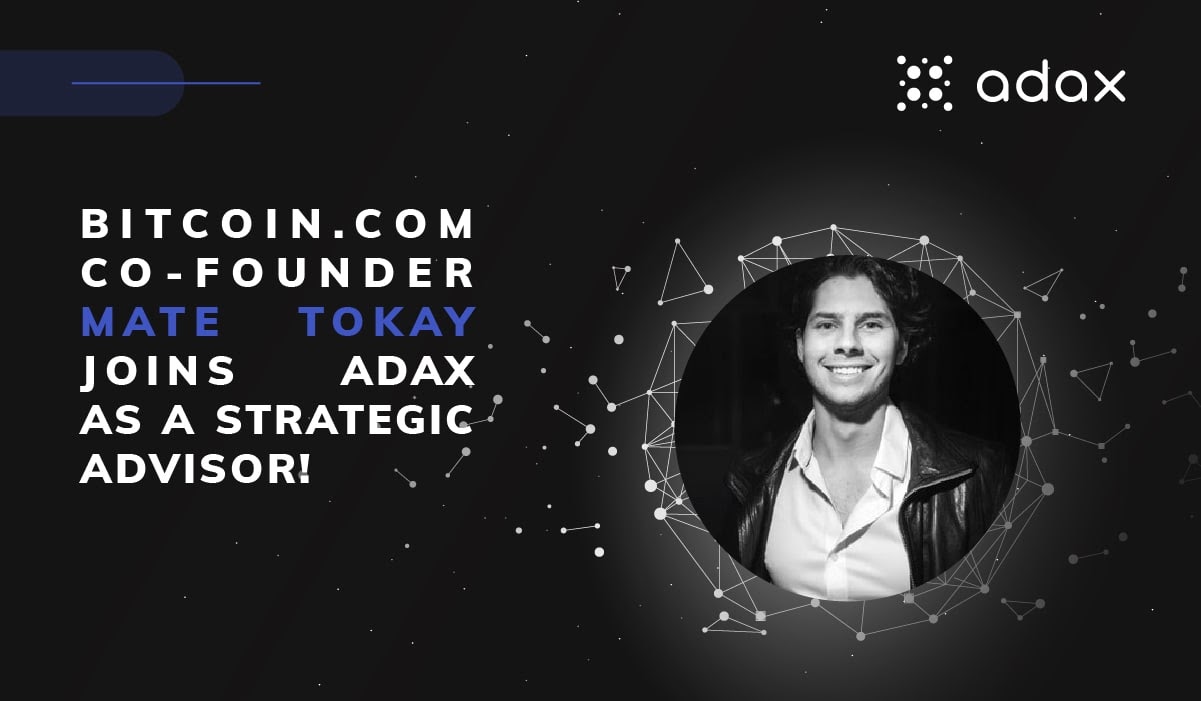 Mate's influential position in the market adds tremendous value to the project and strengthens the position of ADAX. Furthermore, his experience in attracting users in crypto, his vast network, and his public image will significantly increase the platform's acceptance.

As a firm advocate of adding value to the Cardano ecosystem, ADAX has established itself as a project that promotes decentralized transactions and brings liquidity as an automated market maker. To expand its scope of influence, ADAX partnered up with Charli3, Cardano's decentralized open-source oracle. Other notable partners include Netvrk and Black Dragon, which will serve as research, development and marketing partners.

All these developments together mark another milestone in the project's life cycle. ADAX's Cardano Native Token will be listed on June 26th, shortly after the first exchange sale ends on June 25th. Even if the market is unstable, to say the least, the team has decided not to delay and has shown confidence in their project. Therefore, the last few hours of the IEO is the final call to investors who want to be part of the following sizeable decentralized exchange. ADAX tokens can be purchased on ExMarkets for $0.3. After the token sale is complete, in addition to the token listing, the following step will be the off-chain staking of ADAX, which will begin on June 29th. Overall, the ADAX team is pushing the right buttons and will continue to do so in the coming months.

The project is still in the public sale stage; it develops and attracts partners, airdrops, and private sales. To stay up to date, please join our community.