Altbase, the altcoin exchange and token on Binance Smart Chain, is announcing the launch of their redeveloped mobile application for iOS and Android. The application that has been developed is a complete overhaul from the previous iteration, comprising a vast array of new features, a refreshed user interface and more tokens that are onboarding in the near future. 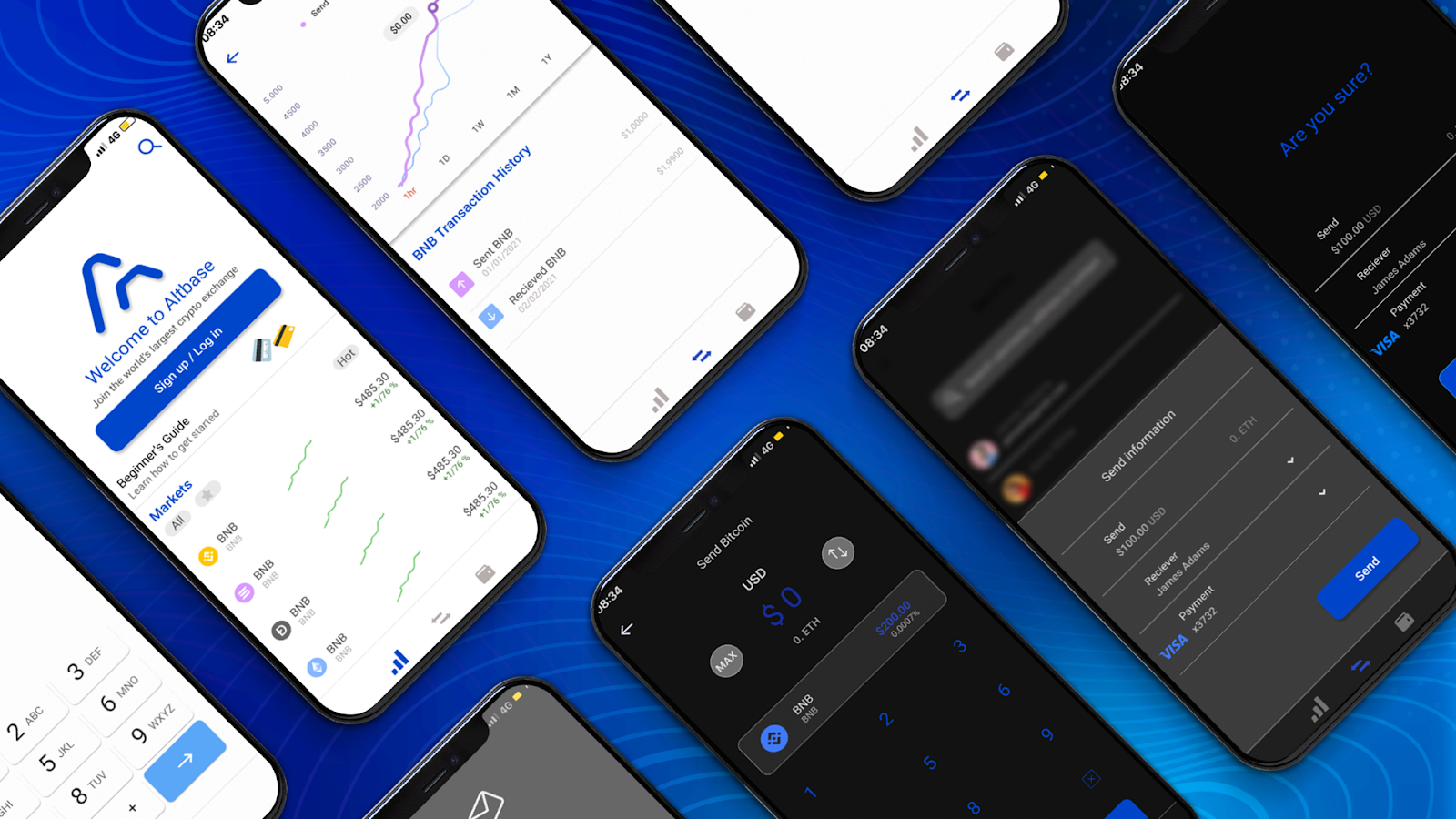 The updated application is part of a list of planned updates and developments that the project has undertaken in recent months. The project has successfully completed its rebrand from the previous title of 100xCoin, a migration for the native token ALTB to a new smart contract. Now, the project is getting ready for the next leg up in its plans to become a fully-fledged exchange proposition and dominant force in the altcoin market.

In recent days, the project has carried out the next step of its strategic buyback of the new ALTB token. A move that pleased holders, as the price action that occurred soon after the buyback took place resulted in a 4x increase to the project's market cap.

As part of the rebranding strategy currently taking place, a new version of the mobile application and exchange is expected to be available for its 30,000 users in the coming days. The new application from Altbase is expected to bring in a new wave of opportunities for the project and has been created to represent the direction they are planning to take. Learning from the previous application version, Altbase decided to rebuild from the ground up, implementing new features for users to vastly improve their overall experience.

The app will feature a simple, clean and easy-to-use interface with added tools for tracking transactions, in addition to greatly improved charting for the price movement of listed coins and tokens. Users will be able to add a list of contacts to the dashboard and use this contact list to easily transact with their previously saved wallet addresses and details. Nonfungible tokens (NFTs) are another focus with an NFT marketplace going live soon. The marketplace will be incorporated into the application and feature exclusive NFTs from partner projects and creators.

A feature that was highly regarded in the previous iteration of the application that is continuing on the new version is the inclusion of the simple verification process. The short and hassle-free process enables users to easily set up the required accounts and wallets to let them trade their favorite altcoins within minutes. Another feature that is being retained is the seamless purchasing of tokens through nothing more than a debit or credit card, using the application’s in-built payment platform.

There are plans currently underway for utilizing the native token ALTB as a utility token within the application and other exchanges. The move will drive further volume to the token itself, as it is eventually used as a pairing option with other altcoins, some not available on any other exchange.

As part of the recent migration to ALTB, the project announced they were conducting buybacks of the new token using previous 100xCoin allocations. With the first stage taking place not long after the migration, the second stage had been executed earlier this week. An unannounced 25 Binance Coin (BNB) buyback set off a chain of events that caused a significant increase in trade, leading to a large spike in sales volume and a four-times expansion on the overall market cap.

The buybacks have been planned to be executed without warning to provide an ongoing and healthy flow of funds back in the contract, with more expected to take place in the near future.

In a recent youtube update from the CEO of Altbase Ken Llamas, the project was discussed in great detail, providing an insight into the direction of the project, including its transition from meme coin status with 100xCoin to the new Altbase brand. In the video, Ken talks about the restructuring that has taken place within the development team, his recent break from social media and the need for the refocus in the overall vision for the project.

The break from the usual social channels for Llamas was due to a realignment that was taking place in the back end. The project has brought on new members to the development team, making big changes to the internal structure in order to better align with the external branding changes and new direction.

The video outlines the plans for the project moving forward and the long-term vision, while also talking about upcoming project development plans surrounding NFTs. Altbase is nearing the completion of its new NFT marketplace, and Ken is also closing the sale of his NFT project Junkie Catz with an exclusive giveaway to be announced. As an added bonus for holders of ALTB and Junkie Catz NFTs, offers and presale allocations are available for future releases on the upcoming marketplace.

Altbase taking a new direction to become the home of altcoins

Altbase has undergone some dramatic changes in both the front and back end, with updates and developments occurring in nearly every aspect of the project. The new mobile application coming to iOS and Android is aimed to be an enterprise-level product that encompasses everything that any trader or investor would require when purchasing altcoins and NFTs. The new development team is hard at work in the back end, while CEO Ken Llamas is back in the spotlight engaging with the community. It appears that he has some significant tricks up his sleeve planned for the future of the project.

The team is ramping up for the next stage in their roadmap to success, continuing to utilize the expert assistance from Coinpresso for ongoing marketing, SEO and crypto copywriting, while also using their web development services for the new Altbase website.

The changes made by the Altbase brand have all been incremental steps toward the final goal of being the first stop for investors seeking new altcoins to buy, truly becoming the home of altcoins. The objectives for the project have been laid out and, as the recent price action has shown, the refresh for the brand and the strategy planned by CEO Llamas is what the community needs to see in order to move Altbase into a new direction.