Animalia, an online strategic trading card game based on popular crypto memes, announced that their initial “Nonfungible Titans” offering with TrustPad sold out in less than an hour. These NFTitans, Ursa and Toro, are the first series of in-game avatars available labeled “Founders Edition,” with each one guaranteed to be unique from one another. They are bolstered with some amazing in-game utility ranging from special abilities to access into future exclusive card drops and bonuses. 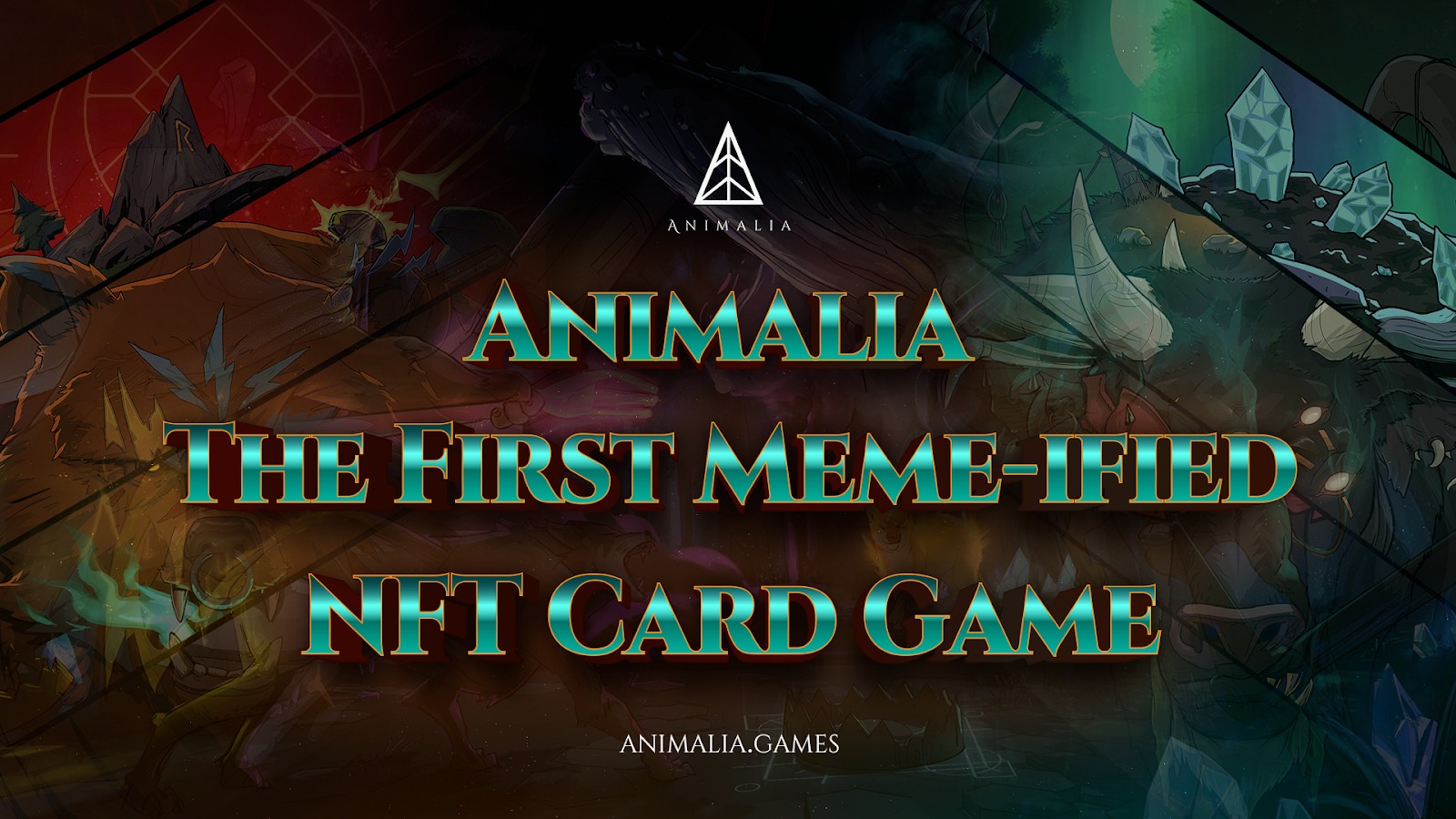 Set out to revolutionize the trading card game genre, Animalia is a digital collectible card game that allows players to earn, collect and customize trading cards. Players can then use these cards to create powerful decks and battle against others online. Animalia also has a unique system that allows players to own full game assets, including the cards they earn in-game. This makes the game more than just a simple card game — it's a true in-game digital asset economy.

One of the coolest and exciting features about Animalia is its meme-critter aspect. Meme-critters are creatures that are based on famous trading memes like Doge, bear and bull. The Bears and Bulls serve as the two Factions within the Animalia Kingdom and each one has its own unique abilities. Other meme-critters such as apes and whales will be an essential component in the game.

Meme-inspired gemstones and weapons are other important elements of the game. These rare objects can be discovered while playing and they offer great benefits to players who possess them. There are also different gemstones each with its own unique effects and properties.

What exactly are memes?

The internet is a space where people have the opportunity to remain anonymous yet still engage in conversation. The invention of what is now known as “memes” is one consequence of this type of interaction. Memes come in a wide variety of forms and sizes, ranging from jokes to videos to photos.

However, what makes memes so special is their ability to be engaging and mobilize massive amounts of people. In fact, memes have the potential to reach a much wider audience than other types of content online. Why?

At times, memes are simply funny or interesting and catch the attention. Nevertheless, they’re often able to tap into people’s feelings and emotions. In some cases, memes can be used to make a political or social statement. It can also be seen that as a medium of education, memes can effectively convey educational content and are an important bridge and link between cryptocurrency and layman. That said, in all cases, they can be easily shared among friends and across many different social media profiles.

Memes in the crypto world

In the crypto space, memes have been the driving force behind a whole sector of crypto known as memecoins. Memecoins are typically altcoins created in response to various internet trends. They can be seen as a way for the crypto community to express itself and have fun. While some of these coins may not have any real-world use, they do serve as a testament to the blockchain’s ability to spawn a new side industry.

One of the earliest and most well-known memecoins is Dogecoin (DOGE), which features a Shiba Inu dog that pokes fun at the hype surrounding cryptocurrencies. It began as a joke in 2013 to satirize the excitement over such currencies. DOGE, of course, recently appreciated in price and as of January 2022, has a market cap of over $19 billion.

The online cryptocurrency community was quick to pick up on the meme phenomenon, spurring the creation of hundreds of other crypto memes. Examples include PepeCoin (based on a meme called Pepe), TrumpCoin (based on President Donald Trump), CorgiCoin (based on another dog breed, corgis) and Catcoin (which is self-explanatory). Memecoins have created an entire industry around creating custom coins based on popular internet culture.

Memecoins have been incredibly successful in getting newcomers interested in cryptocurrency. The absurdity of the coins and their names often catches people’s attention, enticing them to research what these coins are and how they work. In this way, memecoins have helped spread awareness about digital currencies and related technologies more broadly.

Animalia is the first game to feature an entire deck of meme-inspired cards. By incorporating memes into Animalia’s game mechanics, players can expect a more fun and engaging gameplay experience. What’s more, the Animalia workshop will be the ultimate mechanism for community meme engagement.

The Animalia workshop will be a place where players can submit their own meme-inspired nonfungible token (NFT) characters to the game ecosystem. This allows the deep-rooted meme culture instilled within the crypto space to flow directly into the Animalia ecosystem even further. In this way, Animalia will be the first game to fully embrace memes as a key game mechanic.

The combination of memes and NFTs is sure to lead to longevity for Animalia. Memes are here to stay and Animalia is poised to be the best place to experience them.

Animalia, powered by the Binance Smart Chain, is an independent free-to-play online NFT trading card game featuring crypto-inspired meme creatures and gemstones. You’ll be able to collect rare cards, create your own NFTs, build your deck, battle with other players and sell cards to other traders while giving you complete ownership over your in-game collectibles. To learn more about Animalia, please visit the website and check out their white paper here to better understand the underlying technology and tokenomics that make up the Animalia.