Jan. 21, 2022 - Azur Games, the world’s top-5 mobile game developer and publisher with more than 70 successfully launched games and more than 2 billion installations so far, has joined the GameFI wave and entered the play-to-earn (P2E) market with its nonfungible token (NFT)-enabled project Axes metaverse. The company has already raised 1$ million during its first Game Asset Offering (GAO).

Azur Games is a top game dev company with 10+ years of experience under its belt. Having shaken the industry of casual gaming, the company is now trying to keep up with the times and conquer the P2E market as a part of its global strategy.

The chests included four playable NFTs — heroes of random class and rarity from the Kingdom of Valoran called the Humans, 1 of 7 races in the metaverse. Each chest was priced at 250 Binance USD (BUSD). 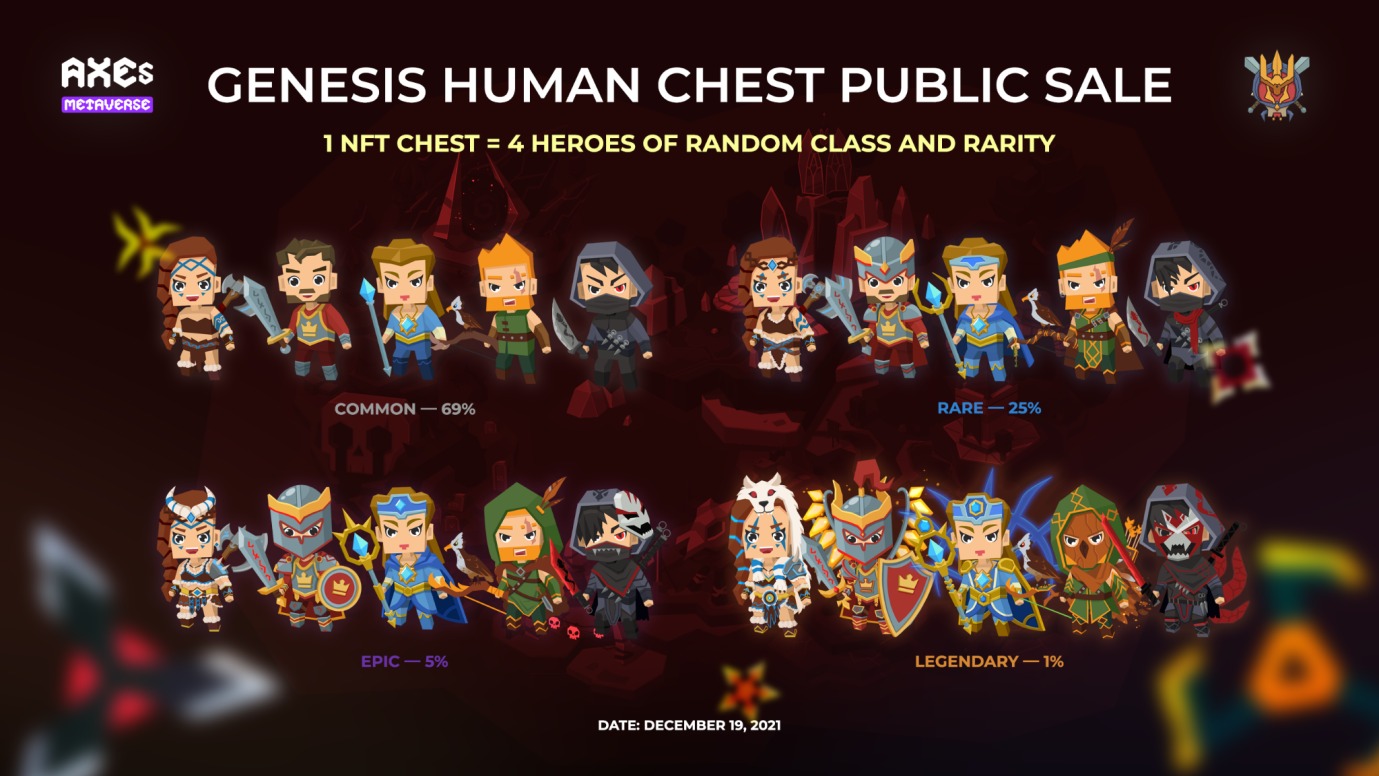 On November 23, 2021, Azur Games announced that it was entering the play-to-earn market by investing $2 million. Since then, the community of Axes Metaverse has reached almost 100,000 non-crypto users, dozens of partners and gaming guilds (YGG SEA, ABX Venture, AVStar Capital and others), and has already collaborated with Axes metaverse to maintain its matureness in the NFT market.

Last month, Axes metaverse went through a smart contract security audit. Over 20 key contract features have been tested under the sensitive guidance of the Smart State audit company, with no vulnerabilities found.

The Axes Metaverse team started 2022 fruitfully. It has already entered a couple of partnerships with VCs as well as announced the plans for launching the ambassador program, according to which crypto enthusiastic players will help other players who have no experience in the NFT and crypto markets get involved and hence, get bonuses.

As of now, GAO #2 is announced. It will occur in early February. This time, the NFT chests will include the heroes of the second race, the Elves.

According to Axes metaverse’s roadmap, the project will launch an initial decentralized exchange offering (IDO) in March and the Axes metaverse game in Q2 2022. Whitelisting mechanics allow partners who enter the GAO #2 Whitelist to automatically enter the IDO Whitelist.

Axes metaverse is a meta-universe empowered by blockchain technologies and created based on the Axes.io game. Axes.io has 30+ million installs and is available on AppStore, Google Play, Playstation and Xbox stores.

It is designed to empower players’ ownership through the tokenization of characters, in-game assets and lands. The metaverse is centered around Axes Hunters — playable NFT characters. They can be used in different game modes, upgraded or traded on the Axes metaverse marketplace.