It goes without saying that the NFT sector is stirring up the blockchain industry. According to Messari, the volume of sales in NFT marketplaces has grown by 2,882% in February, and this percentage will skyrocket further in March.

Nonfungible tokens have evolved dramatically, with the number of offerings constantly increasing, including collectible pieces of digital art, music and games. The first boom of NFT games was back in 2018, with the popular CryptoKitties, deployed on the highly-congested Ethereum blockchain.

Battle Pets has been built on the Binance Smart Chain network, making a breakthrough after becoming the first series of games running on the BSC network. Day after day, Battle Pets becomes more and more popular, with a few games within Battle Pets that have already been launched and more to come soon. 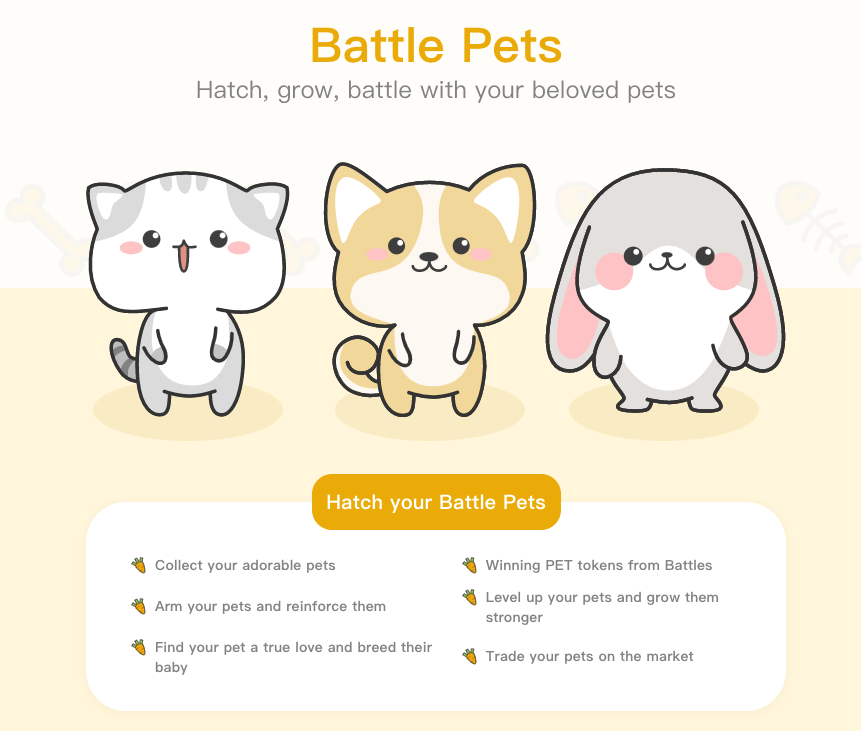 Battle Pets gamers do not have to deal with either slow confirmations or expensive gas fees anymore since the game is based on the BSC network. The Binance Smart Chain network provides users with faster transactions and lower fees, thus entailing high reliability and stability.

Overall, this allows owners of pets in the Battle Pets world to be able to hatch, collect and nourish them in a fast, efficient and comfortable manner.

In addition, pets can also find their loved ones, breed new baby pets, and get ready for the battle by arming them with weapons and leveling them up to make them stronger to ultimately win PET tokens from battles.

Profiting from the game through the challenges and battles is fueling the craze for Battle Pets. But there are yet other ways to profit, such as staking PET to earn weapons. All this is thanks to having added DeFi elements to the Battle Pets universe, making it a GameFi product — the perfect mixture between NFT gaming and decentralized finance. 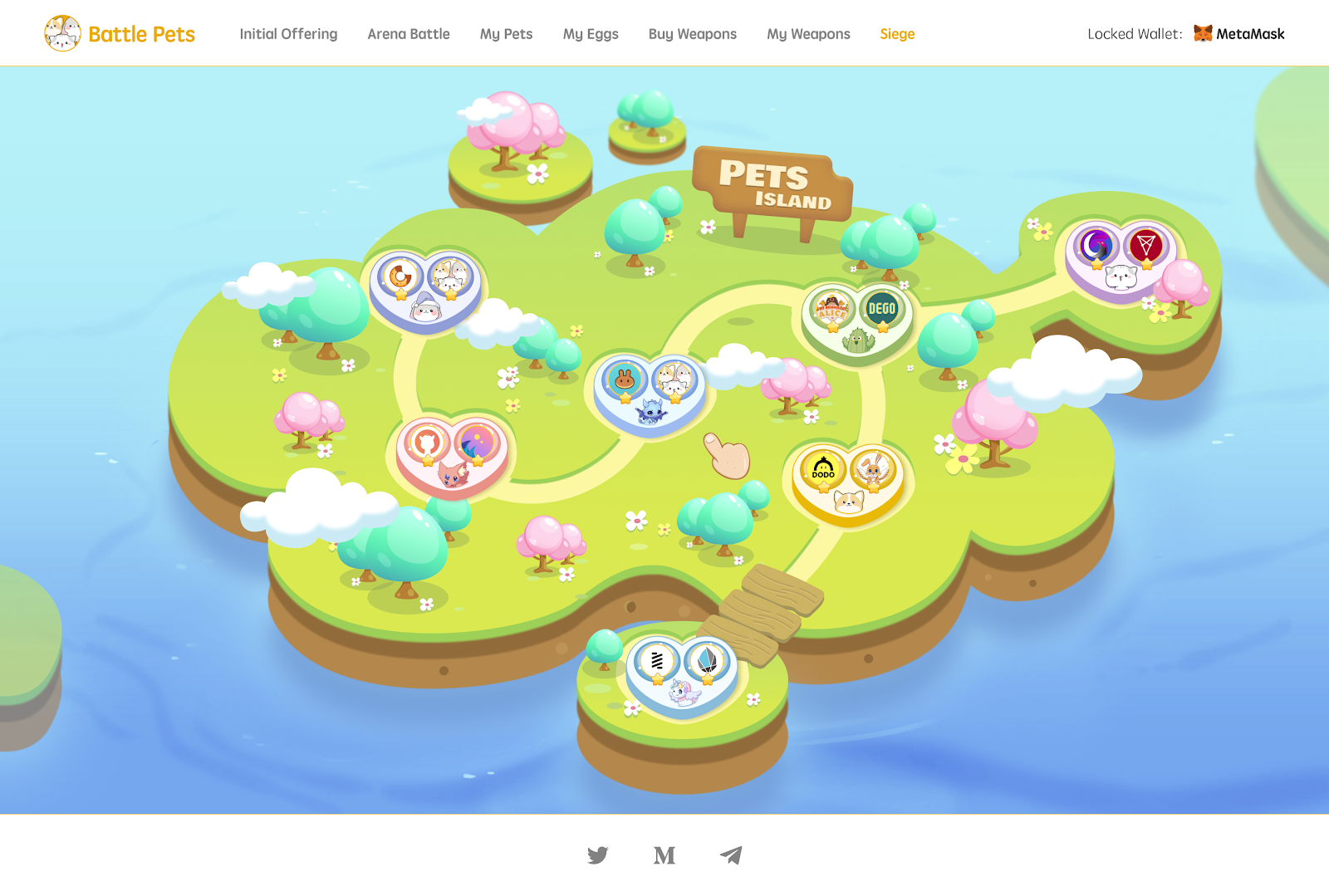 The PET Token is a BSC utility token used in the Battle Pets ecosystem for all transactions and interactions.

The PET token price has surged 20x so far, given the unstoppable popularity of the Battle Pets game.

Currently, the PET token has a total market cap of 200 million ($130 million at the time of writing), with only 10% of the tokens in circulation.

The Battle Pets goal is to break $1 for 1 PET, which seems to be just around the corner, given the significant increase of transactions for PET tokens (75,000 so far) for over 4,000 individual gamers.

There are more than 3,000 different pets at the moment, with more than 21,000 transactions of pet NFTs executed currently. Weapons-wise, figures are overwhelming as well, with close to 2,000 weapons and over 23,000 transactions.

And this is just the very beginning because there is hot news coming soon: More games will be launched, which will lead to the completion of the roadmap. And the rest of the tokens that are currently not in circulation (90%) are going to have a promising PET liquidity farming campaign starting on April 1 at 8:00 am UTC. Stake PET-BNB and earn PET, with up to 200% APY.

To learn more about Battle Pets and the NFT/gaming/DeFi universe, visit our website.