Battle Saga raises over $3M ahead of its promising launch on December 22, 2021

By now, we all have heard of the concepts of play-to-earn (P2E) and nonfungible tokens (NFTs) in the blockchain and gaming industries. You earn gaming objects while you play and those gaming objects can be owned just the way you own cryptocurrency. NFTs minted in gaming assets such as swords, buildings, lands and your own gaming characters can all be owned and tradable for sale in the marketplace. Undoubtedly, blockchain and NFTs have phenomenally transformed gaming by becoming a bridge between games and cryptocurrency. Players are gifted with diverse in-game resource ownership and safely exchange or through earned profits in the real world. Now, there comes another added layer of an innovative paradigm shift that enables users to earn not only active but also passive incomes.

Battle Saga, a Clash of Clan-inspired next-generation strategic game enabling users to Earn-without-Playing, has announced an over $3 million round of fundraising led by Oddiyana Ventures. Partners that invested in Battle Saga are Moonwhale, Exnetwork Capital, Dutch Crypto Investors, Magnus Capital, BBS Finance and more. Earn-without-Playing is Battle Saga’s unique concept that provides participants an innovative and limitless source of income from its metaverse game platform. 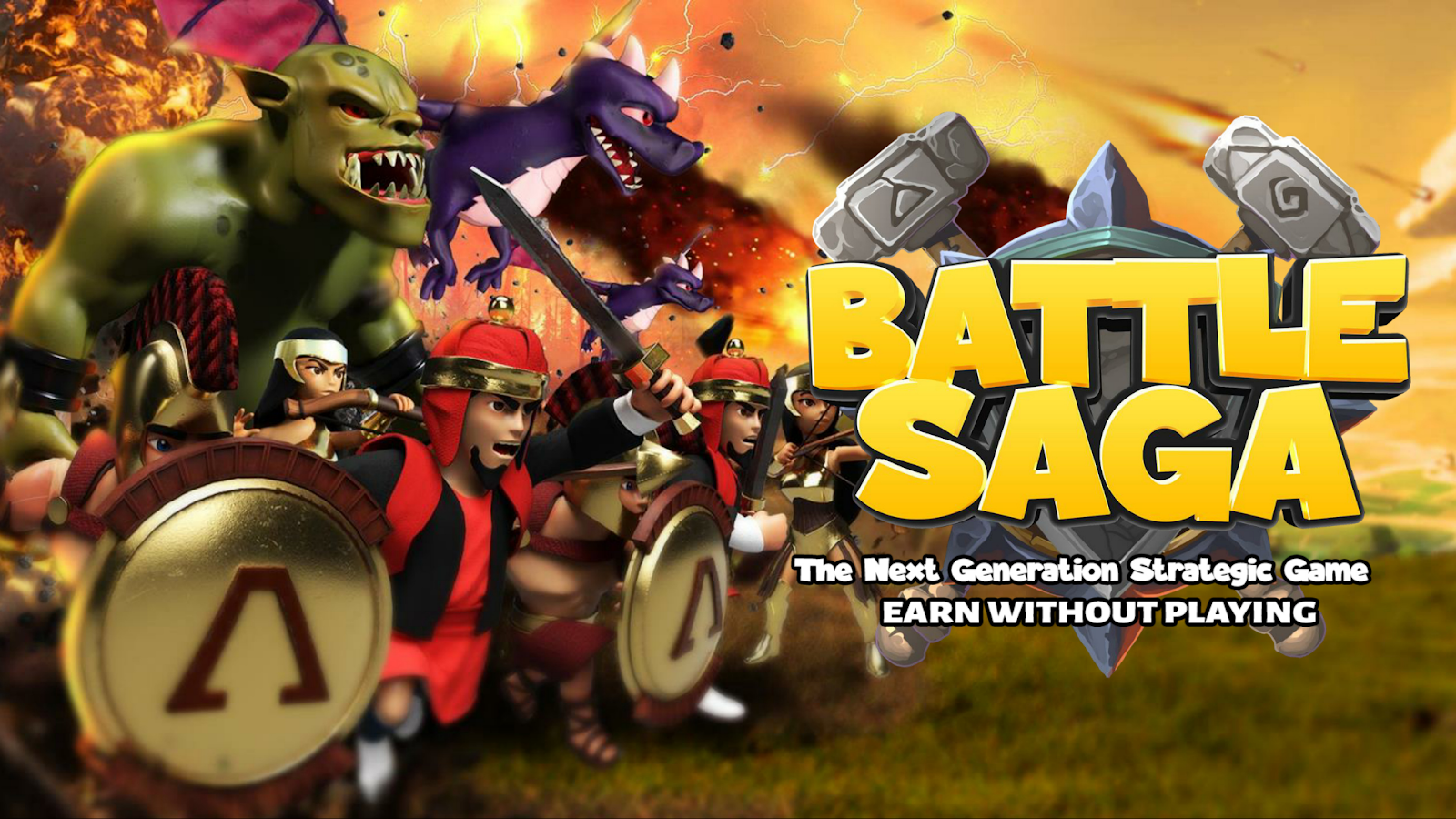 With its top blockchain infrastructure and metaverse lately becoming the trend, Battle Saga shows a virtual world through its BattleVerse with immense social and financial potential in which players can tap into the wider crypto economy. The game provides a number of creative revenue streams to generate digital assets, trade them using the game’s infrastructures and virtual in-game currencies: BTL and Gold. Characters can interact with each other, construct experiences and create in-world objects and landscapes. Characters, weapons, buildings, towers and lands, even trees and decorations are all NFTs of their own that are tradable in the marketplace.

“Through its live-offense and pre-built-defense system, the game enables players to run the game 24/7 even when one is not actually participating in the game real-time. The practice of ‘Earn-without-Playing’ thus serves as a good source of passive income along with smart staking and farming. Furthermore, Battle saga plans to collaborate with other metaverses, games and collectibles along the way thereby rising to become a central element in the next phase of the gaming industry.” said Sherab Jamtsho, CEO and founder of Battle Saga.

The notion of “tokenized patents” enables players to create an income stream and potentially even form part of the staking reward. In Battle Saga, participants are motivated and generously rewarded to hold tokens, avatar skins and digital real estate for real-world value for their in-world investments.

The project is led by a global team of experienced blockchain venture capitalists, creative NFT developers and top-tier marketing experts. The team aims to be a pioneer in the new element of the gaming industry by offering a whole world platform of its own and a self-sustaining economy by itself over time.

The announcement of a new futuristic decentralized NFT game that aspires to provide groundbreaking gaming experiences to its users with decentralized finance (DeFi) tools, decentralized autonomous organization (DAO) governance and, above all, its own metaverse spread fast with all rounds were completely oversubscribed. Fortunately, there are community rounds with an allocation of $540,000 held across multiple launchpads followed immediately by the final public rounds with the last $84,000. The allocation will be distributed through a whitelisting of Battle Saga’s website.

Battle Saga’s initial DEX offering (IDO) is being carried out across multiple launchpads from Dec. 22 to 24, starting with Multipad, Synapse Network, PolkaBridge, then Roseon and DuckStarter, followed by Pancake Dex listing on Dec. 23 and MEXC CEX listing on Dec 24. More details will be released in our official channels.