Refinable is building a comprehensive platform for nonfungible tokens on the Binance Smart Chain, one of the fastest-growing DeFi ecosystems in the space. With its tremendous community and support, BSC is an ideal ecosystem for Refinable to offer its products to users and find new partners. With the recent surge in interest in NFTs, skyrocketing NFT sales volume from minuscule numbers to millions of dollars per month, and attractive offerings, Refinable’s private round was designed for success. 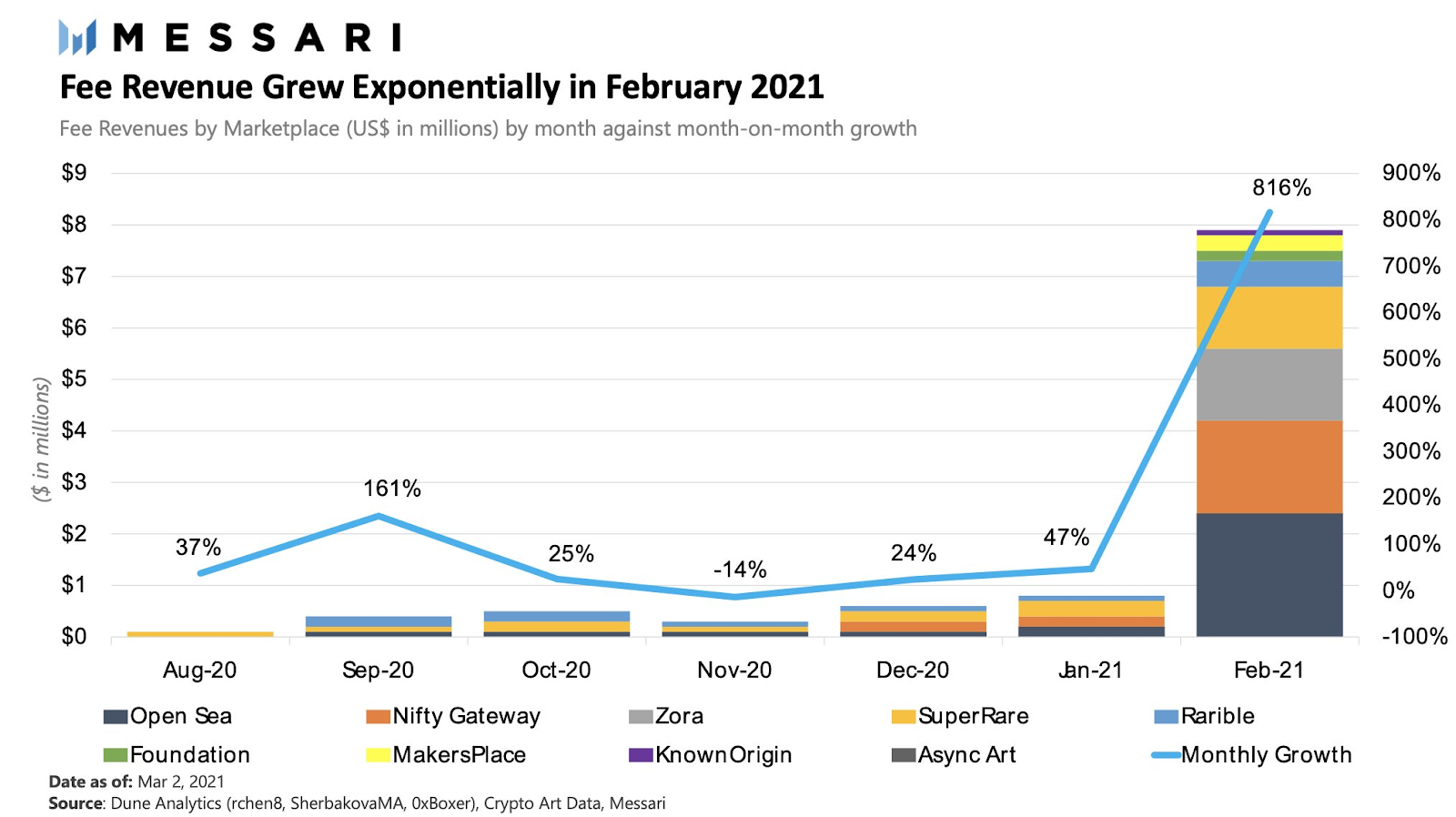 – The exponential growth of the NFT marketplace sector. Source: Messari.io

With the ability to fully unlock the capabilities of NFTs on BSC and introduce NFTs to other BSC-native applications, many private investors flocked to Refinable. In total, Refinable raised $3 million to fund its growth and development. This marks a significant milestone for Refinable, demonstrating the tremendous interest generated around its innovative platform.

Unfortunately, Refinable’s private round was limited to value-creating partners that would aid in the network’s direct growth and wasn’t available for public investors.

Refinable is the first all-in-one NFT marketplace launching on Binance Smart Chain, creating a platform to empower creators, buyers, sellers and decentralized applications. With issues faced by many current NFT hubs, such as extremely high minting costs and gas fees, Refinable sought to make a platform that removes all of these disadvantages holding NFT growth back.

With Refinable’s platform, anyone can manage and trade their NFTs, unlocking the full value of the digital collectible token and putting its monetary value in the hands of the owner. With BSC’s extremely high network capacity, low latency and a large, established community, Refinable enters the ecosystem at a perfect time.

The Refinable NFT economy runs on Fine, the native cryptocurrency of the network, allowing users to facilitate transaction costs and maintain governance voting rights. As a decentralized and distributed network focused on supplying the maximum amount of value to its users, by allowing Fine users to control platform governance, all stakeholders can know that the platform’s future decisions and direction will be affected by the whole Fine community.

Users will also be able to stake their Fine within the network and on BSC DeFi applications, such as PancakeSwap, adding to their utility as they generate a passive yield for the token holder.

Binance is the largest cryptocurrency exchange globally, and all supported projects go through an intricate review process. Thus, receiving Binance’s investment can be seen as a direct form of recognition received only by high-quality projects with exceptional potential.

The primary purpose and expectation of Refinable’s private round was to attract reputable partners who will complement and encourage the project’s growth. Refinable says it is proud to confirm that Binance will be right at the heart of it all.

Binance has directly invested in Refinable, giving it a competitive advantage right out of the gate, even when compared to other projects of similar nature. With this investment, Binance seems to acknowledge the enormous potential of Refinable even at its early stage. 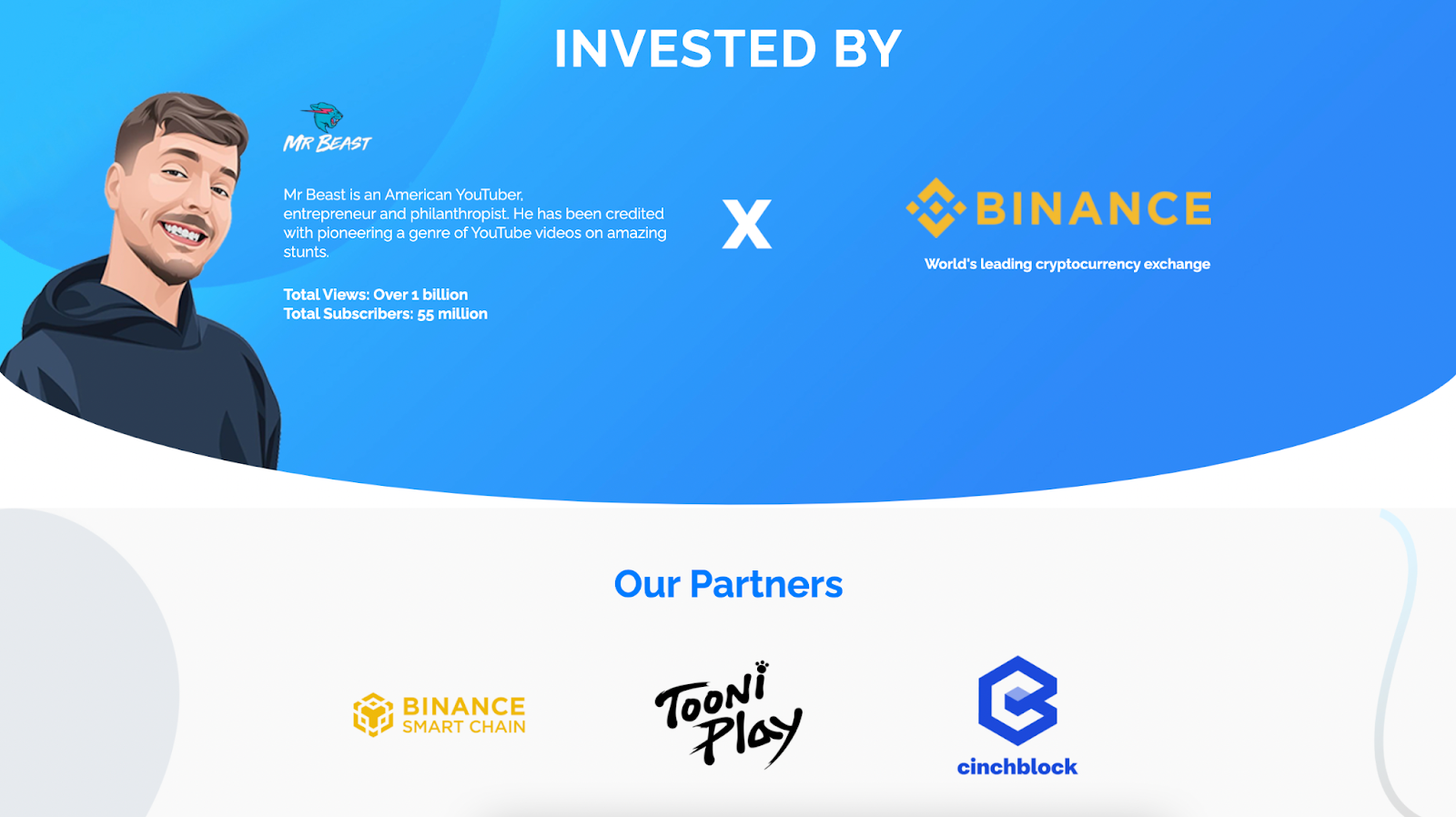 Despite the skyrocketing volume and interest regarding NFTs in terms of the crypto market, for NFTs to fully reach their potential, they need to be brought into the public limelight and not just constrained within the crypto community.

It has been confirmed that prominent content creator Mr. Beast has personally invested in Refinable.

For those who are unfamiliar with Mr. Beast’s public influence, here are some simple statistics that will give you an overall picture. Mr. Beast is one of the top 20 channels on YouTube, one of the only nine individual creators on that list, and he amassed over 55 million subscribers with a total of more than 9 billion views.

Such influence and following are unmatched, making Mr. Beast the perfect candidate to bring NFTs and Refinable onto the center stage and push for public adoption.

What to expect from Refinable moving forward

The completion of this private sale represents a positive step forward for the Refinable community.

Following the raising of $3 million, Refinable can begin funding the future development of its platform and concentrate on expanding its internal team to bring more talent. This will also free up Refinable to partake in research and development while expanding its platform, which will benefit all parties involved if the platform continues to grow.