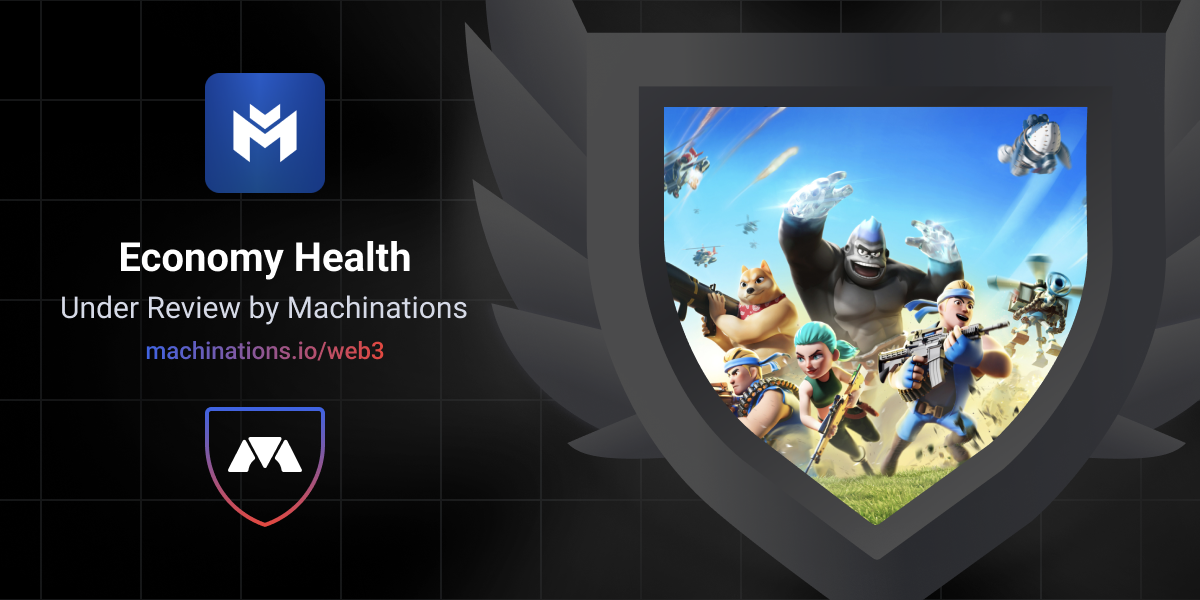 Mavia is undergoing a thorough process involving large-scale simulations for different scenarios and testing for inflation and deflation events. It will receive the Verified by Machinations Seal upon meeting the criteria of the world-leading game economy platform. Even after that, Machinations will continuously monitor Mavia’s game economy based on live telemetry and Web3 market data to help developers fix any potential issues.

“Ever since the team at Mavia started using Machinations, we’ve been impressed with its commitment to delivering a perfectly balanced game economy for its fantastic community. As of today, we’re excited to have it go through our Game Economy Health Monitoring process and support them in building and maintaining a healthy game economy for Heroes of Mavia,” said Mihai Gheza, co-founder and CEO of Machinations.

Tristan Chaudhry, managing director of Skrice Studios, said, “At Mavia, we are determined to create the best experience for our players. Our standards demand the best graphics, and the game economy must be sustainable long-term. We are pushing the boundaries of what it means to make a triple A-quality blockchain game. We are partnering with Machinations to validate Mavia’s economic health and obtain the Verified by Machinations Seal.”

Maintaining a sustainable in-game economy is crucial to Mavia’s long-term success as it is shaping up to be one of the biggest P2E games focusing on esports and competitive gaming. A healthy game economy provides players with opportunities for economic advancement within the game settings while also generating revenue for the DAO. The Verified by Machinations Seal reflects the balance between these two purposes.

“Machinations will give our team the ability to simulate and test the game economy during development and continuously monitor the game economy in production. The Mavia team has been working with Machinations to drive the standard for the future of all Web3 games. With this partnership, Mavia is showing our dedication to our community to maintaining standards on all aspects of the game,” Chaudhry said.

Backed by Binance and Crypto.com Capital, Heroes of Mavia delivers triple A-quality graphics and brings cutting-edge features to GameFi. It allows every base in the Mavia ecosystem to be livestreamed during attacks and defenses. All battles are permanently recorded and can be viewed by anyone forever. It promises to change the nonfungible token (NFT) gaming landscape with its intricate mechanics, exciting gameplay and unique monetization features.

Founded in 2018, Machinations is the first and only browser-based platform used by more than 35,000 professionals to design and predict game economies and systems for premium, free-to-play, and P2E games. Machinations originated as Ph.D. research at the University of Amsterdam in 2012 by one of the co-founders. It has since spread organically through more than 400 academic institutions worldwide. With a fast-growing open community building in public and rolling out integrations with the most popular telemetry providers and markets, the platform is set to become the standard for game-economy modeling, forecasting and optimization.

Heroes of Mavia is a P2E MMO strategy game developed by Skrice Studios. The game takes place on a fantasy-themed island called Mavia, where players build bases on plots of land and battle neighboring bases and armies to earn in-game resources, such as Mavia’s P2E cryptocurrency RUBY. Players must strategically place defensive buildings on their bases, such as walls, turrets and traps, in order to defend against opportunistic attackers looking to steal resources. Resources can also be stolen from rival bases by attacking opponents with land troops, vehicles and air units. RUBY is earned through battling enemy armies and can be used to upgrade Land, Statue and Hero NFTs.