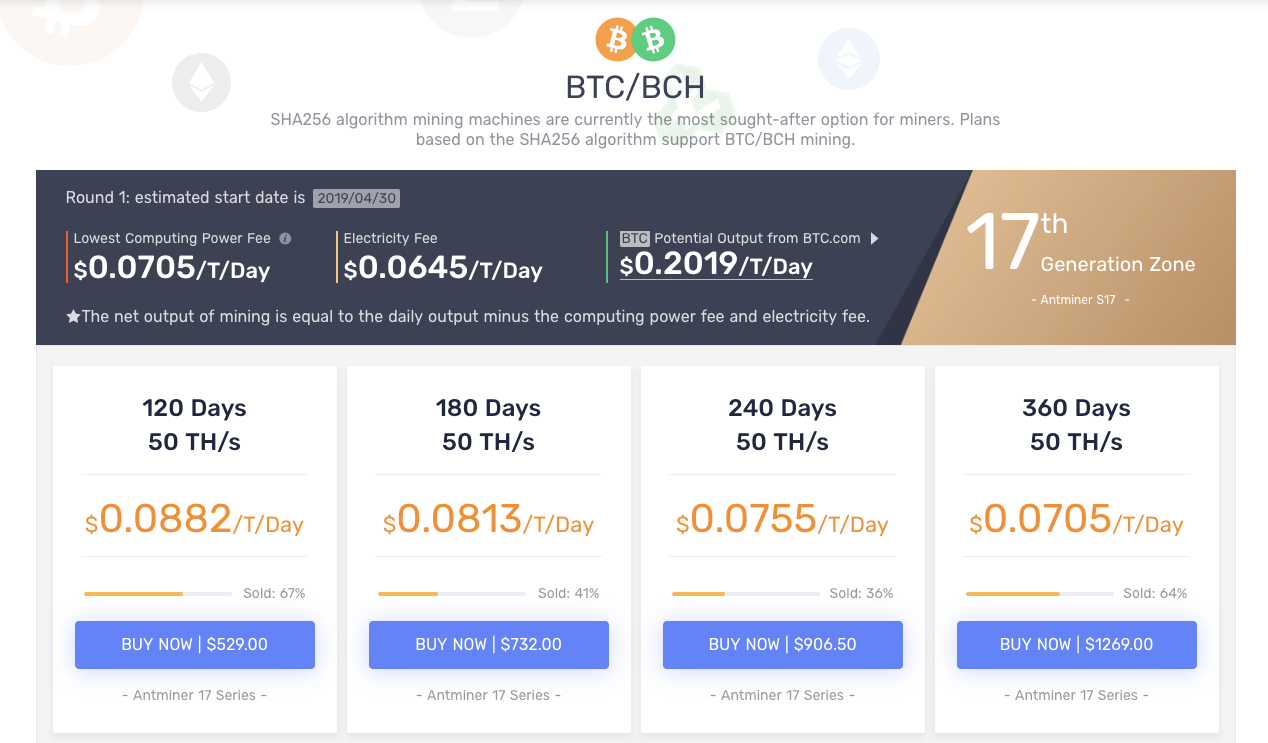 Unveiled by Chinese mining giant Bitmain on March 29, the Antminer S17 series miners will be powered by the new and improved 2nd generation 7nm ASIC BM1397 mining chips. With an energy efficiency ratio (EER) of 39.5 J/T, the new miner model will greatly reduce mining costs and comparatively save nearly 60% in electricity costs. Chinese media reported that the first batch of Bitmain’s new miner model was sold out after it went on sale for only five minutes.

“Mining rigs using the SHA256 algorithm are currently the most sought-after devices for the crypto mining community, to which BitDeer.com has provided a more convenient and cost-effective option,” said Celine Lu, founder & CEO of BitDeer.com. “For our new energy-efficient new plans, electricity price will only make up 39 percent of the mining costs.” 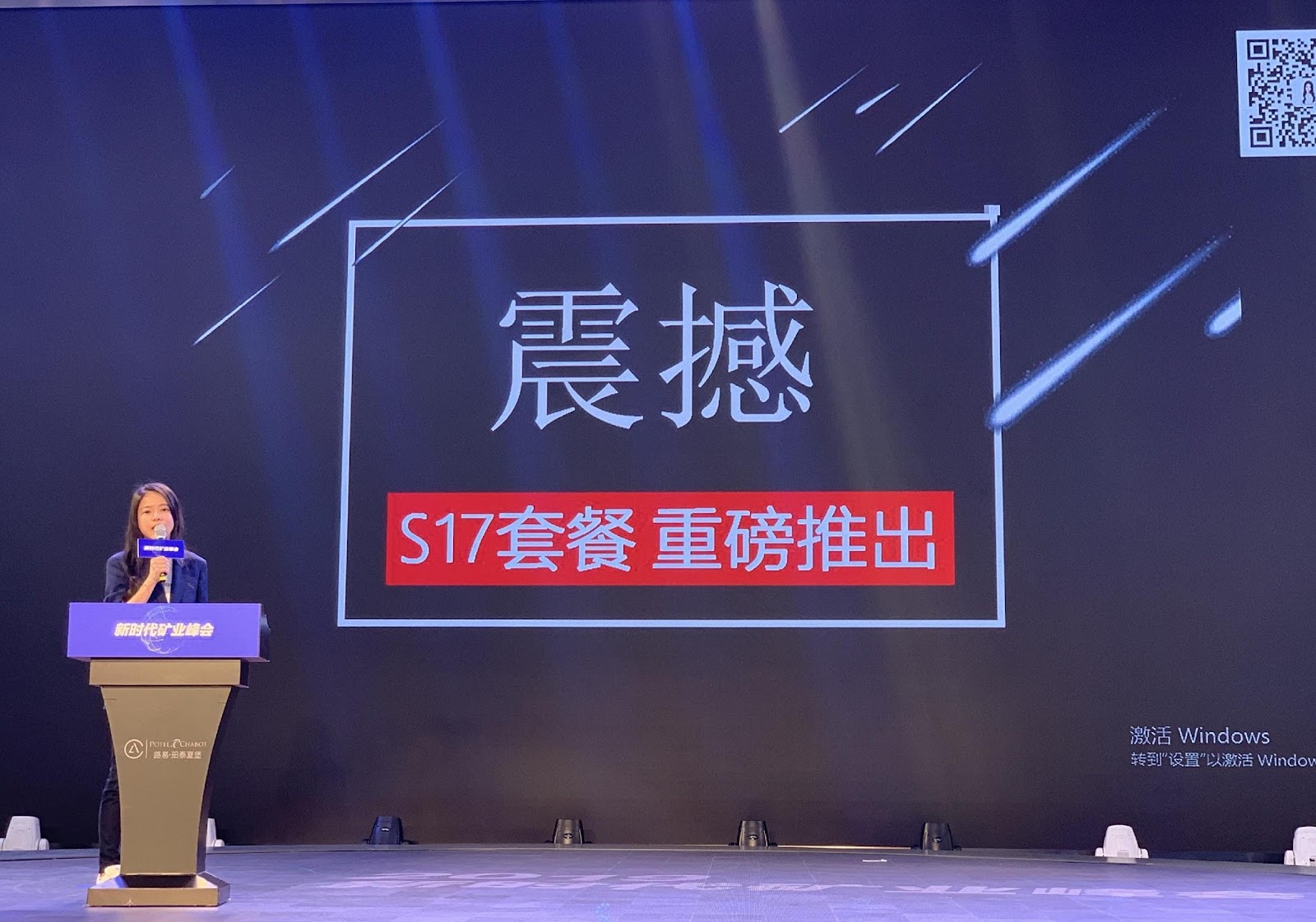 Lu made the official announcement to launch the new S17 plans during a keynote speech given at the 2019 New Age Mining Summit, a cynosure event of China’s crypto mining industry. Chinese mining leaders and professionals gathered in Chengdu, Sichuan Province of China due to the industrial confidence infused by the region’s abundance of low-cost hydroelectric power. In order to take advantage of cheap hydroelectric power costs during the summer following the excessive rains in southwestern China, the whole industry geared up to salute a bullish season. 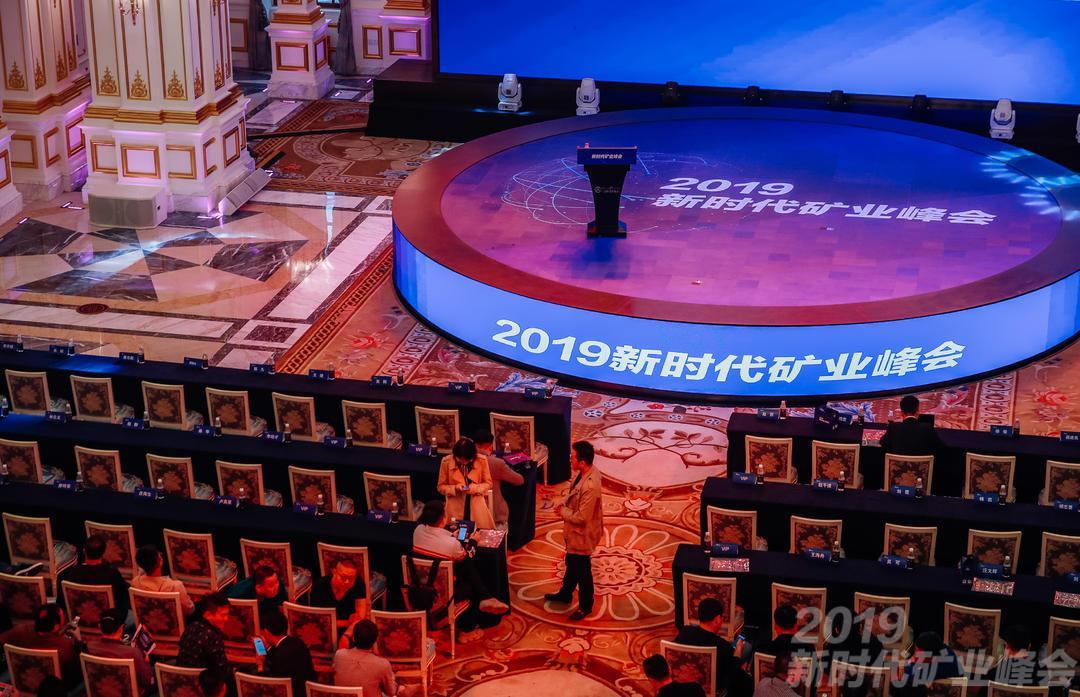 Lu also introduced in her keynote speech that, to stand out in the competition and fully utilize the favorable weather conditions, BitDeer.com has identified its three pillars of competitive advantages: cutting edge technology, competitive pricing, as well as world-class operations and maintenance.

BitDeer’s ability to leverage global resources has endowed the leading computing power-sharing platform unparalleled bargaining power and therefore very competitive pricing. To date, BitDeer.com has teamed up with eight out of the ten largest mining pools in the world, and also has forged strategic partnerships with major cryptocurrency exchanges and first-class mining facilities all over the world.

Last but not least, with the support from BitDeer.com’s world-class operations and maintenance team and facilities, the platform has been providing a transparent, reliable, and convenient computing power-sharing service to users around the world. Ever since its official launch in December 2018, the platform has been running smoothly with zero downtime. 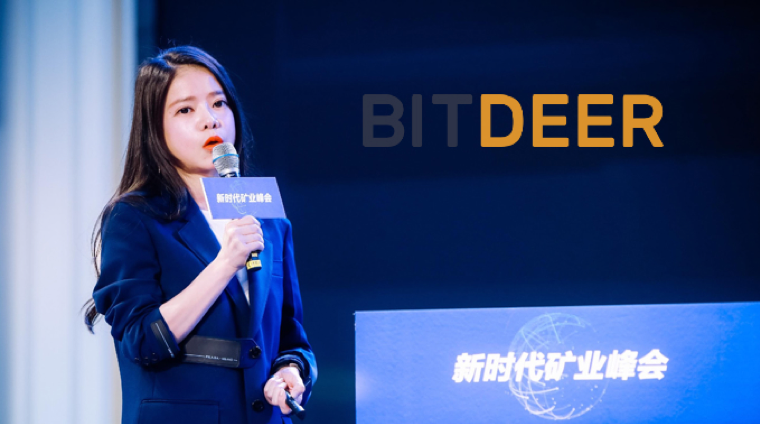 BitDeer.com is the world’s leading computing power-sharing platform, enabling global users to mine cryptocurrencies in a transparent, reliable, and convenient way. It saves users from the complicated process of purchasing, installing, and hosting mining machines. Individual miners can enjoy the service with just one click.