Singapore, Feb. 17, 2022 — Bitget, a leading global cryptocurrency exchange, announced a partnership with Galatasaray, Turkey’s leading and long-standing football club, for the rest of the 2021-22 season. The sponsorship deal with Galatasaray will feature Bitget as its official crypto partner on multiple platforms and media assets for its football and basketball teams. A press conference will be held soon at the Ali Sami Yen Stadium to officially announce the collaboration.

The boost in the digital-asset economy has fueled the recent phenomenon of crypto exchanges turning to sports sponsorships to further elevate their presence among the mainstream audience. The mutually beneficial relationship allows crypto exchanges to leverage well-known sports teams to build brand awareness while allowing sports fans and crypto enthusiasts to learn about the thriving crypto space. 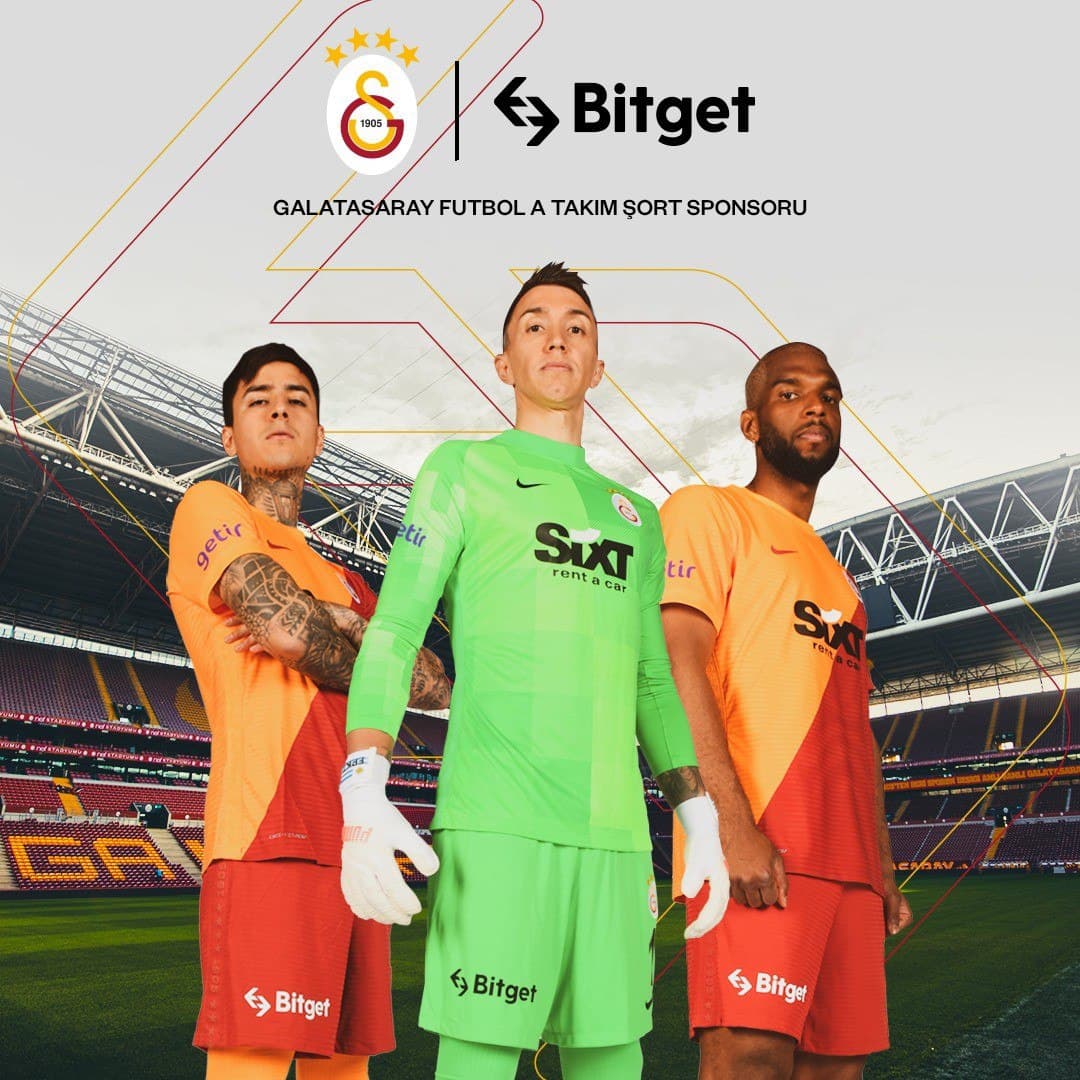 Sandra Lou, CEO of Bitget, said, “We are extremely pleased to be announcing this partnership with Galatasaray, a leading Turkish sports club with a dedicated history. Turkey has demonstrated significant interest in the crypto sector and we look forward to growing our community in this market as we continue to lead educational and knowledge-sharing opportunities within the space. We are always keen to partner with like-minded partners to continue to grow the blockchain ecosystem and bring value to our users.”

Founded in 1905, Galatasaray is a team with strong history and roots in the city of Istanbul, Turkey. Galatasaray is one of the three teams that has been partaking in Süper Lig since 1959 and is the only club with the rare record of winning the Süper Lig, the Turkish Cup, and the Union of European Football Associations (UEFA) Europa League in a single season.

Bikem Kanik, vice president of Galatasaray, said, “We are proud to announce our sponsorship agreement with Bitget. Galatasaray has been working hard to find a crypto exchange that fits our vision, and we decided that Bitget, as one of the world’s leading crypto companies, was the right brand to enter into this mutually beneficial agreement. We look forward to working closely with them and aligning on both our visions.”

The partnership with Galatasaray was brokered by Capital Sports Media and follows Bitget’s engagement with Juventus, an Italian football giant with more than 120 years of history, as well as esports teams Professional Gamers League (PGL) and Team Spirit. The latter was the second-ever Eastern European team to become The International champions since Natus Vincere in 2011 while securing the biggest prize pool in esports history of $18 million.

Bitget is a leading global cryptocurrency exchange established in July 2018. Serving more than 1.8 million customers in 48 countries, Bitget aims to contribute to the adoption of decentralized finance on a global scale. Since its launch, Bitget has become the world’s largest crypto copy-trading platform through the gaining popularity of its flagship one-click copy trade products. According to CoinMarketCap, Bitget was ranked third globally in derivatives volume as of January 2022. Adhering closely to its mission of “Better trading, better life,” Bitget is committed to providing comprehensive and secure trading solutions to its users around the world. In September 2021, Bitget announced its sponsorship of world-renowned football team Juventus as its first-ever sleeve partner and PGL Major’s official esports crypto partner soon after.

Galatasaray is a professional football club based on the European side of the city of Istanbul, Turkey. It is the association football branch of the larger Galatasaray Sports Club of the same name, founded in October 1905 while consisting entirely of student members. The team traditionally plays in dark shades of red and yellow at home, with the shirts split down the middle between the two colors. Internationally, Galatasaray has won the UEFA Cup and UEFA Super Cup, now known as the UEFA Europa League in 2000, becoming the first and only Turkish team to win a major UEFA competition. Galatasaray is also the only Turkish club to have been ranked first in the International Federation of Football History and Statistics’ world rankings.