The Forge is the most significant gameplay and economy update of the season with a special motto: “Don't gather dust, enchant it!” 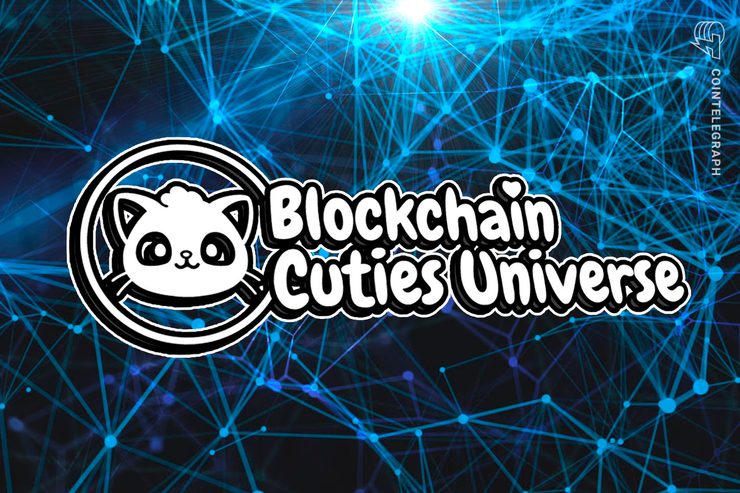 The Forge is the most significant gameplay and economy update of the season with a special motto: “Don't gather dust, enchant it!”

Blockchain Cuties Universe has been warming its players up since September 2019 by releasing little updates and recycling items in stages. This final update completes the series and is called the Forge. The Forge is here to change the game's economy. The game’s economy is the heart of the in-game market structure. Different game economies can significantly influence different players' behaviors in the same game. Blockchain Cuties Universe developed the Forge for both veterans and new players to give everyone an exciting opportunity to turn their gaming efforts into profit.

The Forge is a brand-new approach towards Cutieland's economy. Not only has it appeared in the game, but it’s also brought several new commodities with it. What does it all mean? Players now have an exciting opportunity to profit from their in-game items by activating a recycling system. Now previously forgotten or worthless items have the chance to obtain a second life in the form of... Magic dust! The price for those items is based on how much dust they break down into. That can only mean that players have more choices and more possible strategies to go about the game than ever before. In order to discover the power of the Forge, players need to go to the “My Cuties” section, which is easy to find right in the player's menu.

Blockchain Cuties Universe has released the Forge which is figuratively a place for items to burn, a unit of value for the cutieneers and a place holding exploratory opportunities for those who are interested and vigilant enough.

In the recycling section players can turn items they don't need into magic dust. The amount of dust they receive depends on the tier of an item they recycle. It can be measured with a simple formula: the tier of an item is multiplied by 100, thus players get from 95% to 100% of that amount in dust pieces. All items in the game will be assigned a tier. The rarer and more powerful the item, the higher the tier. Players don't risk anything during the process of turning items into dust since it's a strict rule and a part of the essential mechanics of the game.

Magic dust can be sold in batches of up to 10,000 and it's important to keep in mind that dust has a minimal price value when a player wants to sell it on the market. This process is supposed to reinforce the economy of the game.

Players can also use magic dust to enchant their favourite items.

In the enchantment section players can improve the stats of their items by using magic dust and tool kits. The amount of dust they need to use for an upgrade depends on the item’s tier. In addition to dust, to enchant items and improve their stats players need to use tool kits. There are three types:

Tool kits will be available in the new adventure Halls of the Grumpy King's Deep as well as during the Blockchain Cuties Universe's daily lottery.

Enchanting is great but it's not perfect. Sometimes this process can go wrong. That means that items can possibly break. In this case, players might need to repair their items in the repair section.

Halls of the Grumpy King's Deep

Halls of the Grumpy King's Deep is a new adventure where players are able to farm toolkits. In order to experience this adventure, a player needs to equip their Cutie with at least a 1 +1 item (non-enchanted items are prohibited in this adventure). Players need to remember that one enchanted item is an absolute minimum, the rest of the items slots should either be empty or have other enchanted items.

Depending on the level of a Cutie, players will be able to encounter different predefined enemies with varying levels of strength and dropping toolkits.

Each type of toolkit is set to a limit that will drop during each day for each player individually and there is a global max limit of drops for the whole player base. These limits are:

What else to expect

Here's a rundown of what's changing in the game:

The forge comes with up to 2 Premium Slots for players who have purchased Lands from the Blockchain Cuties Universe pre-sale (starting from Medium islands and up):

Going further, the game will add an option to purchase up to 2 additional items slots for any player with pricing around $25 for both slots.

At first, the Forge will be working within a Bonus capacity. Each slot can dismantle up to 100 items. With time the number mentioned above will certainly decrease. The Bonus is given at the start to help players use the system more efficiently to clear their inventories from unneeded items that they do not use.

“In the end, we all need a little magic during this season, so let it be some magic dust,” — the Blockchain Cuties Universe team.