Press Release
Own this piece of crypto history

One of the first-ever blockchain games decided that it’s time for its economy to benefit from what decentralized finance has to offer.

Blockchain Cuties Universe has been around since the very inception of blockchain gaming. During its two and a half years on the blockchain gaming scene, the game launched on five blockchains and developed a great deal of innovative gameplay mechanics.

Blockchain Cuties Universe is a collectible game about the adventures of adorable pets represented by nonfungible tokens on five different blockchains. The game offers vast possibilities to explore, trade and create. It’s a very dynamic environment, with regular in-game events and competitions that bring new content and opportunities.

Blockchain Cuties Universe will become the first DeFi game that leverages the power of five blockchains. The game’s team believes that the synergy of NFT and DeFi technologies will propel the game’s economy and engagement to new heights. 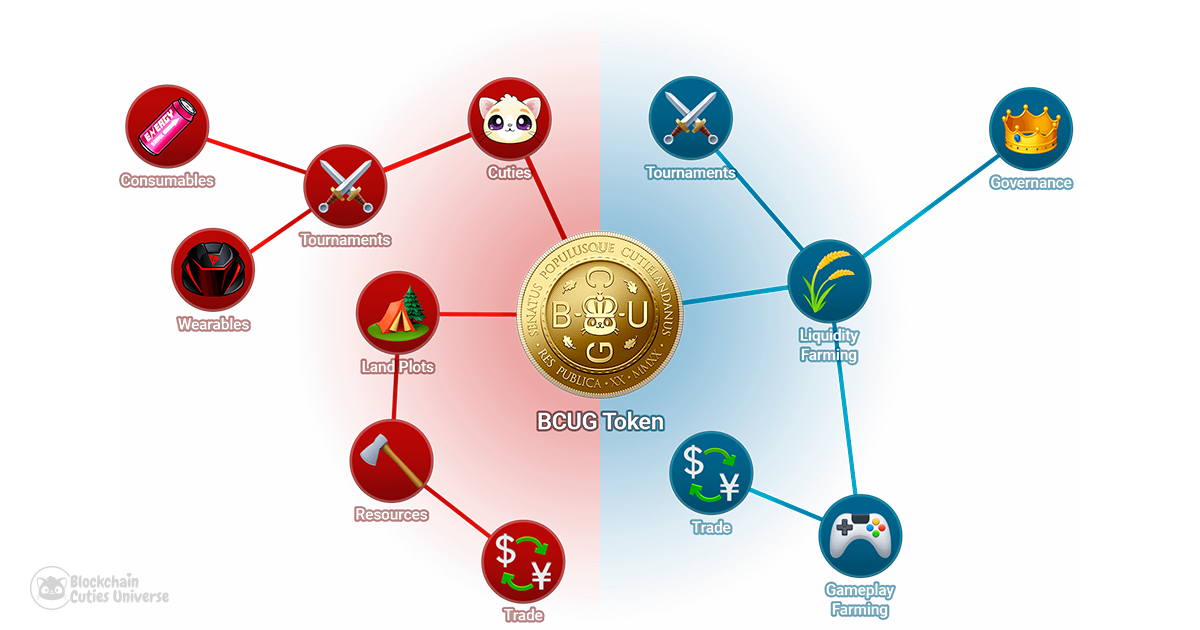 BCUG is a transferable representation of attributed functions specified in the protocol/code of the Blockchain Cuties Universe products, which is intended to be used solely as the primary utility token within the game’s ecosystem.

BCUG is a non-refundable functional utility token that will be used as the medium of exchange between participants in the game’s ecosystem. The goal of introducing BCUG is to provide a convenient and secure mode of payment and settlement between players and other economy participants. 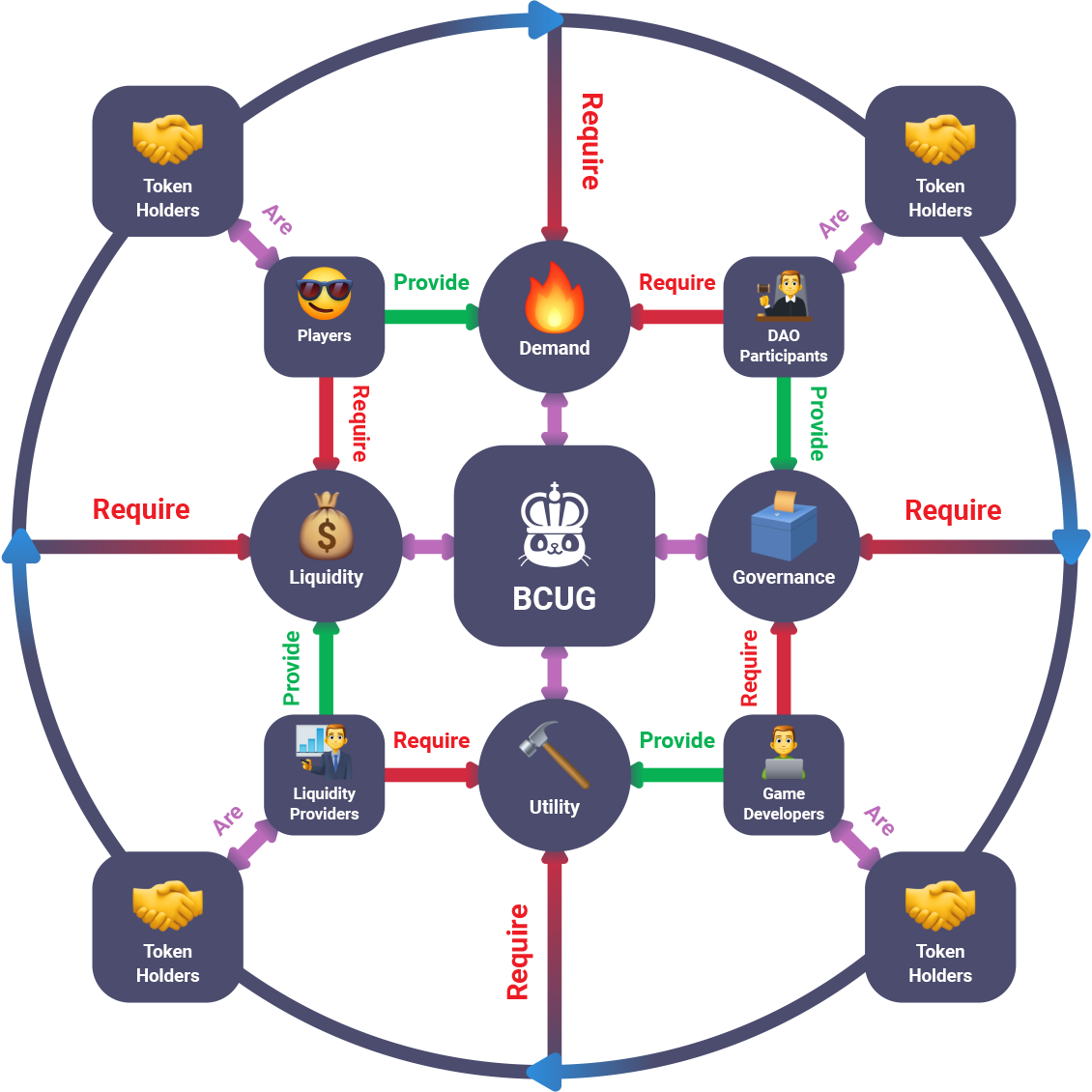 BCUG will be supporting various new game mechanics, such as: 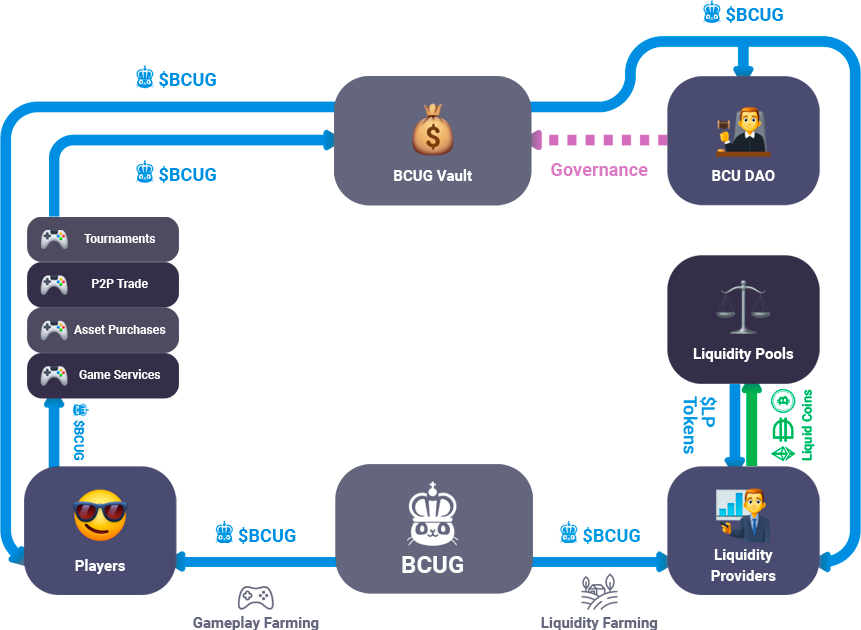 The introduction of BCUG and leveraging the power of DeFi will bring a lot of innovation to the game process.

Blockchain Cuties Universe is famous for its community-driven development. The game has a big friendly community of enthusiasts who have been sharing, voting for and lobbying their ideas for years. Their commitment has shaped a lot of gameplay decisions that are present in the game today.

The introduction and further development of BCUG use cases will allow to gamify and support the process of community-driven development in the game.

BCUG holders will be able to vote for, lobby and suggest new game mechanics, updates and in-game aspects. The power of BCUG will make every player with a stake in the game visible and able to influence its future.

BCUG holders will also receive a variety of in-game perks that will give them an advantage in the game.

BCUG holders will have several additional benefits in the game, such as giving players a chance to increase the power of their in-game characters and tradable items.

Every advantage in Blockchain Cuties Universe is also a market opportunity supported by the game’s five blockchains. So, holding BCUG might prove to be a great opportunity for active market players.

BCUG might prove interesting, even to those outside the world of Blockchain Cuties Universe.

Many of Blockchain Cuties Universe NFTs are held by collectors who don’t participate in the game but enjoy investing in the project.

BCUG might become an even more interesting asset thanks to its liquidity and ease of use. Apart from trading opportunities, BCUG will also offer liquidity farming for its holders.

BCUG token will be distributed via two different paths:

The token distribution event is scheduled for Q1 2021​ and will consist of two main phases: