Seedify, the leading blockchain gaming incubation and launchpad platform, is set to release its industry-first Seed Staking feature on April 8, 2022.

Seed Staking is a mechanism that will give holders of Seedify’s native token, SFUND, the opportunity to receive free tokens from new blockchain gaming and metaverse projects incubated and closely supported by Seedify. 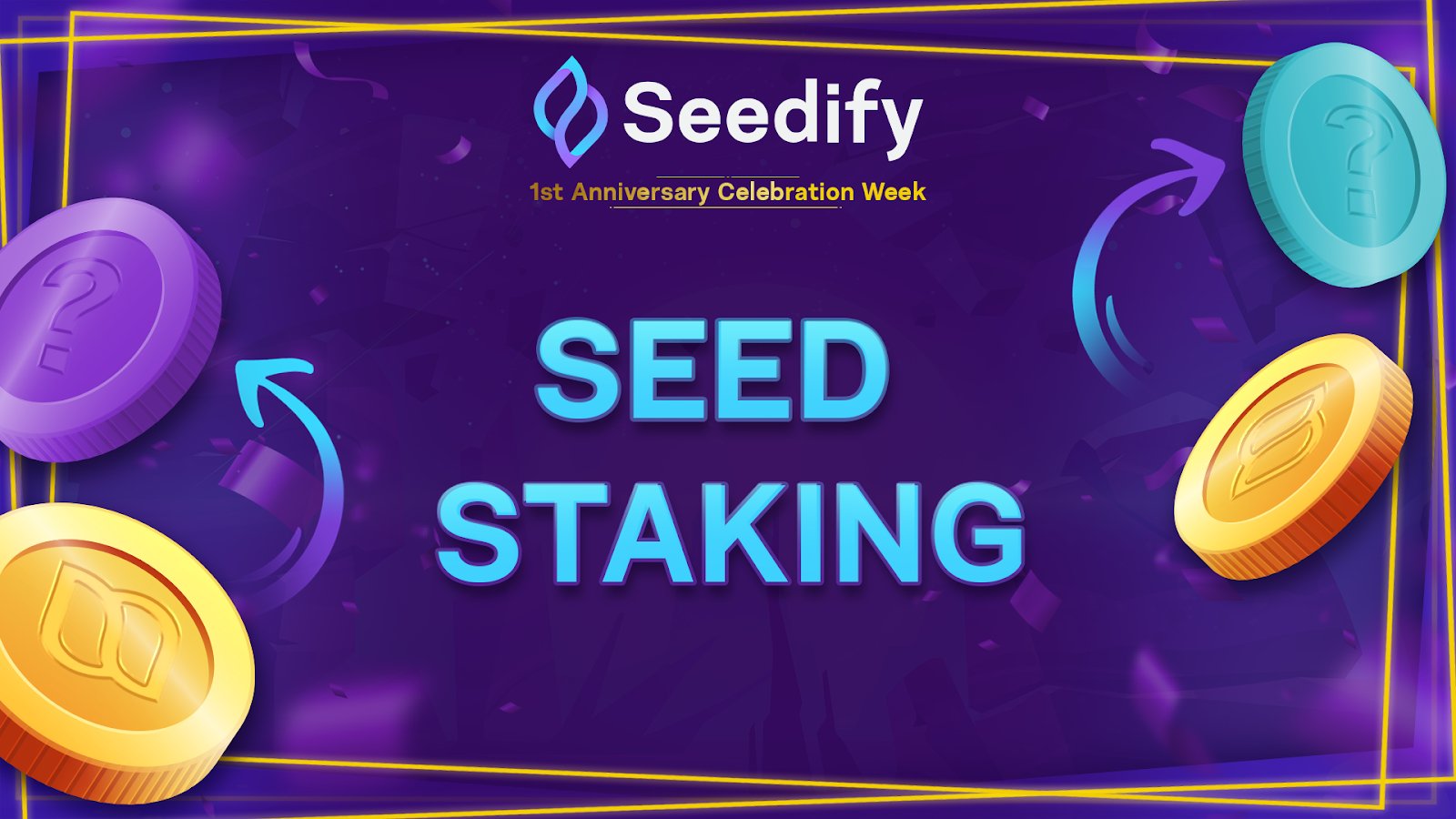 During the past year, Seedify rose from a community launch project — that was purely bootstrapped and had received no outside funding — to emerge as one of the top launchpad platforms in the entire blockchain ecosystem.

Following its pivot on August 1 of last year, Seedify became the first gaming-only focused incubator and launchpad in the blockchain space. The Seedify team forged numerous partnerships, building an extensive network of industry, venture capital and marketing connections. The platform has hosted more than 50 successful initial game offerings (IGOs), including some of the top launches of 2021 — namely, Bloktopia, Cryowar and Sidus Heroes.

The addition of Seed Staking will add another utility feature for SFUND, along with providing additional cost-free value for tokenholders, with a mechanism not available on any other launchpad platform in the ecosystem.

What is Seed Staking?

Seed Staking is one of Seedify’s initial flagship value propositions. It allows SFUND holders who stake or farm their tokens on the Seedify staking dashboard to receive free tokens from the new projects incubated by Seedify at no extra cost. This is in addition to receiving SFUND staking rewards, along with gaining access to IGOs, initial node offerings and initial model offerings on Seedify’s launchpads for tier-qualifying participants.

Through its incubation program, Seedify provides blockchain gaming and metaverse startups with valuable advisory and support services, ranging from tokenomics design, marketing, venture capital and exchange connections to ongoing guidance. In exchange for its services, expertise and support, Seedify receives a large number of tokens from these projects. With the launch of Seed Staking, Seedify will distribute a portion of these tokens to SFUND tokenholders participating in its staking program.

How does Seed Staking work?

Starting April 8, daily snapshots will be taken of participating wallets staking or farming on the Seedify staking dashboard. With the snapshots, participants will receive daily points based on their staked SFUND amounts, with the total points being viewable in their dashboard profile.

Upon the release of a new projects’ tokens, per each project’s token-vesting schedule, Seedify will distribute a portion of the tokens received to SFUND staking and farming participants. Each wallet will get a share of the tokens based on their accumulated share of the total points from the daily staking snapshots.

With the combination of its incubation and Seed Staking functions, Seedify will be able to provide tremendous value for new blockchain gaming and metaverse startups while bringing new use cases to SFUND and valuable new opportunities to SFUND tokenholders.

To participate and take advantage of Seedify’s new Seed Staking opportunity, purchase SFUND on PancakeSwap or KuCoin, then stake them at staking.seedify.fund.

Seedify is a blockchain gaming-focused incubator and launchpad ecosystem, empowering innovators and project developers through access to funding, community and partnership building, with a full support system to help drive the future of gaming and blockchain.