Following their latest platform launch and expansion out of Europe, crypto-fans are gravitating towards Blockport. 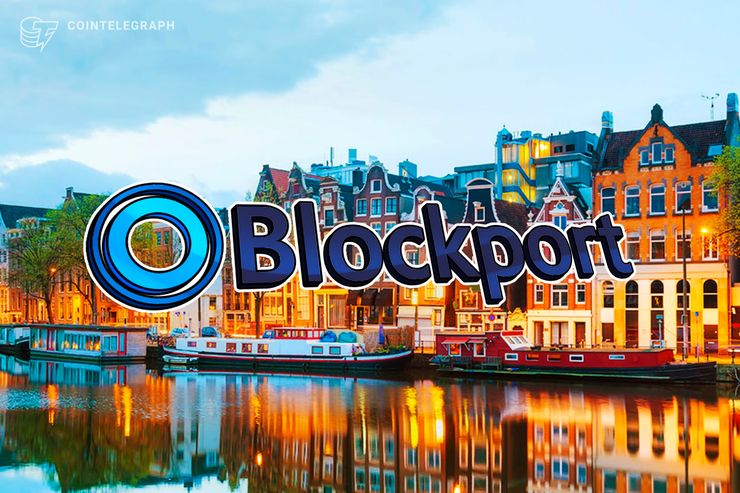 Following their latest platform launch  and partnership announcements with both Nexo and TrueUSD, investors are ramping up for Blockport’s upcoming Security Token Offering - set to fuel the platform’s global expansion and market roll-out.

Blockport is an Amsterdam-based, fiat-to-cryptocurrency trading platform that aims to become the international leader in social trading, combining the strategies of Coinbase and eToro. Since the full launch of its user-friendly trading platform in January this year, Blockport has seen paid user conversion four to five times higher than its biggest competitor, Coinbase

The Blockport Security Token Offering (STO) is planned to launch on the 31st of March.

The STO will be comprised of multiple stages, the first of which will be open to European investors (from most member states in the EEA) and accredited US investors under the Reg D 506 c exemption.

“Blockport’s focus on making the trading experience easier and more social seems to be resonating with users. Despite the overall market conditions, we continue to see our user base growing with an weekly average of 7%. Of that, our paying-user conversion percentage is averaging higher than 10%,” said Sebastiaan Lichter, Founder & Chief Product of Blockport.

Demand from the US crypto community

Currently, a significant portion of Blockport’s website traffic comes from the US. For regulatory reasons, however, US citizens aren’t yet able to register as users on the platform.

“This interest could be driven by Blockport’s appeal in relation to Coinbase, since it charges significantly lower fees. At the same time, we’re combining personal finance with known social media concepts to drive engagement and knowledge sharing among users ”, says Kai Bennink, Founder & Chief Strategy of Blockport.

With demand validated for the US market, funds raised during the STO will contribute to this market entry, enabling the necessary licensing and compliance for US users to be able to make use of the platform.

In anticipation of their upcoming Security Token Offering (STO), Blockport has announced a new partnership with TrueUSD (TUSD).

The partnership is a large first step into Blockport’s US-market roll-out, and will allow Blockport users to begin trading BPT with a collateralized token backed by the US Dollar. This platform integration will see Blockport supporting USD-backed trading pairs.

“As part of the global expansion, we’re hugely excited to have partnered up with a top-30 USD stablecoin, TrueUSD (TUSD), which will be listed on our platform and paired with our utility token, BPT.”

As of February, the Blockport team has spent over 30,000 developer hours to make improvements to the platform that benefit the 100,000+ community members.

To help continue drive growth, Blockport plans to expand their launch into over 150 additional countries outside of Europe in 2019, and is already open to users in 75+ countries around the world.

Blockport is launching its first equity-based fundraising round through a Security Token Offering (STO), launching on the 31st of March 2019.

Learn more about the Blockport STO.

Blockport is an Amsterdam-based, fiat-to-cryptocurrency trading platform that strongly focuses on usability and social trading features to provide a secure, efficient and enjoyable experience to its users.

The Blockport platform is connected to external exchanges and aggregates liquidity through its smart-order-routing system to automatically offer the best prices to its users. In the coming year, Blockport is building on a hybrid-decentralized architecture that allows users to trade with high performance, whilst safely storing their funds on a blockchain wallet, meaning they own their private keys.

Attention! This investments falls outside AFM supervision. No license and no prospectus required for this activity!