Buckle On Crypto Swords as Long-Awaited RPG Is Officially Released

Fight in the arena, enter tournaments and championships, level up and equip your warriors with hundreds of unique tradable items, win special rewards in contests and daily assignments. Simply put, dominate the fields of battle and climb to the top of the leaderboards! With Ethereum on board, there will be 50% discounts on all in-game shop items to mark the occasion! The offer is limited and will end on July 4.

“I am an ordinary DApp fan, what can I do?” In 0xWarriors you will have charge of your own warriors eager to crush a shield or two. You will be able to have up to three squads consisting of five warriors each. These brawlers are free. What makes them so special though, apart from their fighting mood, is the equipment you’ll choose to dress them in.

Take your pick in the chest shop or pay a visit to the item market and you’ll find yourself wondering over which of the four - common, rare, epic or legendary - rarity values would serve your savage purpose better. Ranging from all kinds of helmets, robes, light and heavy armor to swords, axes, bows, magic staves and whatnot. Mind you, using the right weapon and distributing warriors’ attributes properly is a skill in and of itself. So make sure your characters are well-prepared as this will boost your chances to succeed in combat. 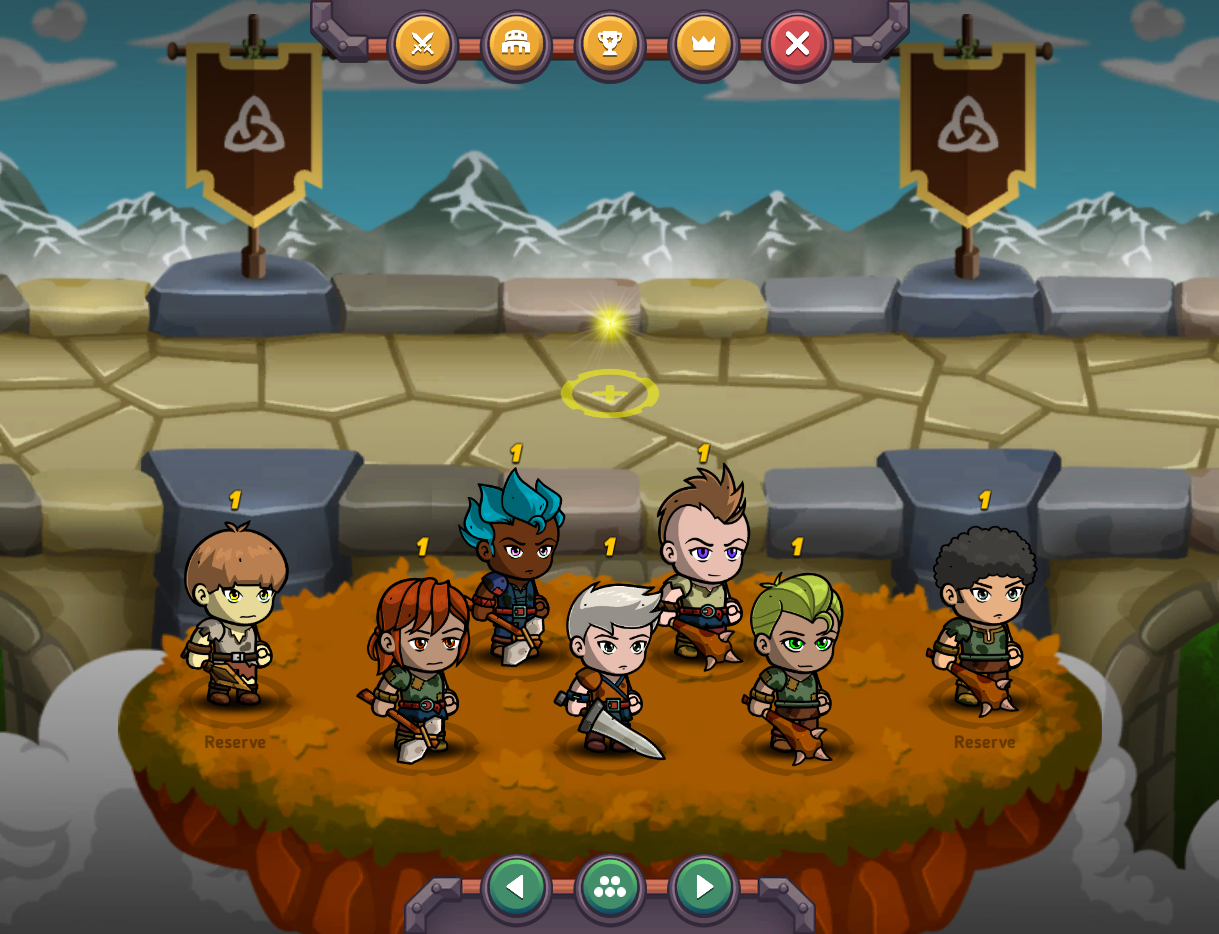 Battlefields to conquer, modes to explore

A raid is your ordinary single battle against another opponent where you level up your warriors and test their valor as well as your own skills. Depending on the overall strength of your squad you have a chance to start a ranked or unranked battle. After the fight is done you can always go check the leaderboards to see who’s the current king of the hill.

Whilst raids are 1vs1 fights, sending your warriors to the Arena will pit you against three more warlike players. This will be a grid-type contest where your fighters can gain much more experience than in any other mode. “Where’s the catch?” You won’t know unless you have a shot at it.

Championships, on the other hand, are competitions held at set intervals. If you feel like your swordsmen lack some good armor this is the right place to visit: winning raffle tickets in championships increases your chances of getting one of the free chests. And what do you know, you could get a rare skull crusher or a distressingly strong bow! 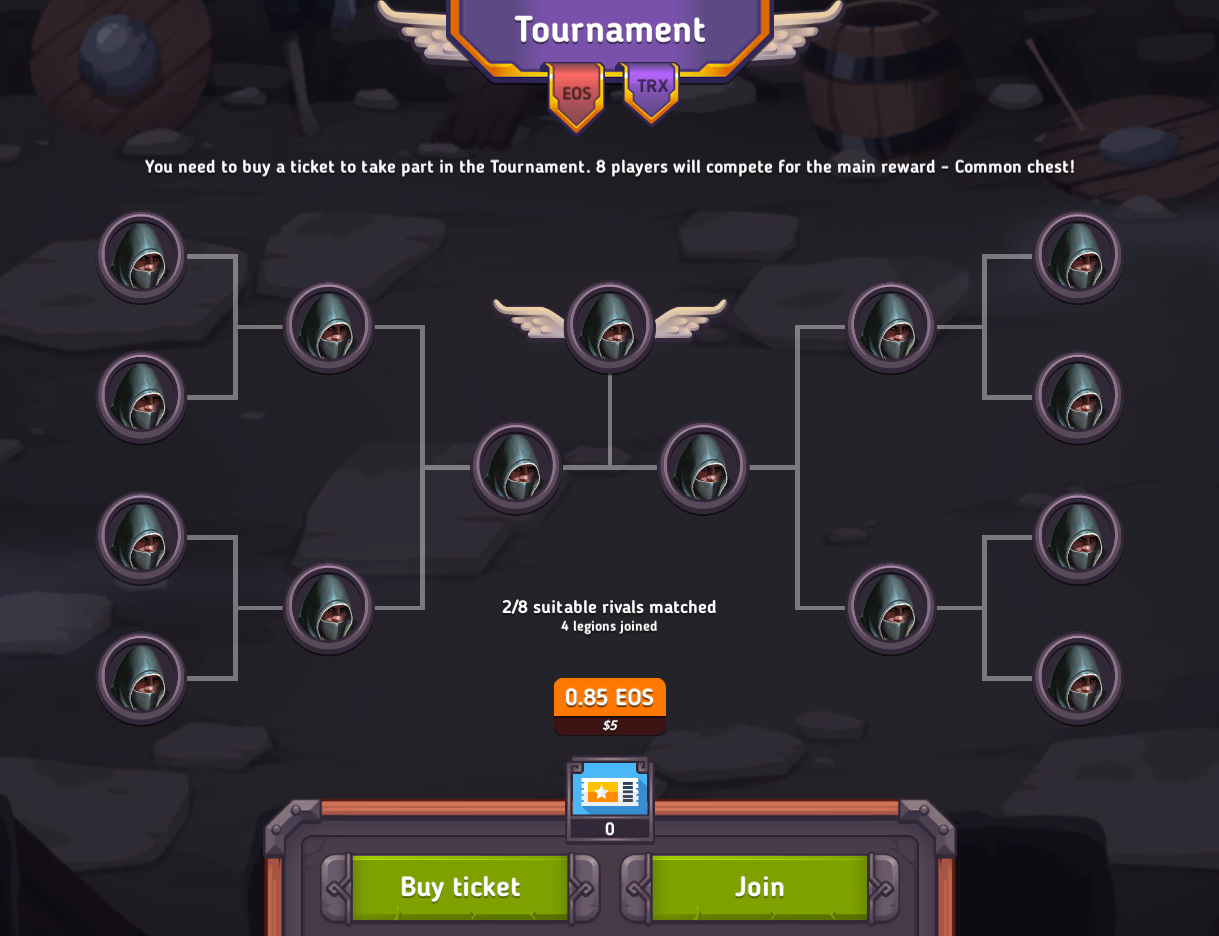 Now, have you completed all the free missions, fought many experienced foes in the arena and won a couple of dozen championships? It’s high time you met the Tournament. The regime has all the things a daring warrior might fall in love with. Here, after purchasing a ticket, you can put your best squad to the test and get a chance to grab the ultimate prize. That won’t be that easy though as you will have seven more battle-hardened belligerent contestants anxious to get their hands on the reward. Word has it there will even be a possibility to get a percentage of the total proceeds.

Speaking of free missions, players don’t have to go on a buying spree right away. There are tutorial assignments in place if you like to ease into it. When completed, these give your squads free items, raffle tickets or even chests! Isn’t that tempting enough?

0xGames first launched 0xWarriors on the EOSIO platform back in November 2018 when it held a successful presale that raised over 4000 EOS. Afterward, the game went into beta in December and saw another blockchain, Tron, linked up in January 2019.

Having Ethereum on board, according to the team, should increase the player base significantly as the studio has a proven track record in Ethereum-based DApp development. Their flagship project, the space strategy 0xUniverse, has been on the TOP-5 games list for several months now, having recently crossed the 1200 DAU mark. Furthermore, the team plans to introduce special warrior types at a later point to make the gameplay feel even more diverse.

Words have been uttered. Chains have been linked. Now it is time for war! Call your bannermen and sound the horns as 0xGames invites everyone to join their community on Discord, Telegram, Twitter or Facebook and together try out all the features 0xWarriors has to offer. Meet you on the battlefields!