CANDYDEX is a new multichain network DEX platform’s token — Is it the next ApeCoin or StepN? 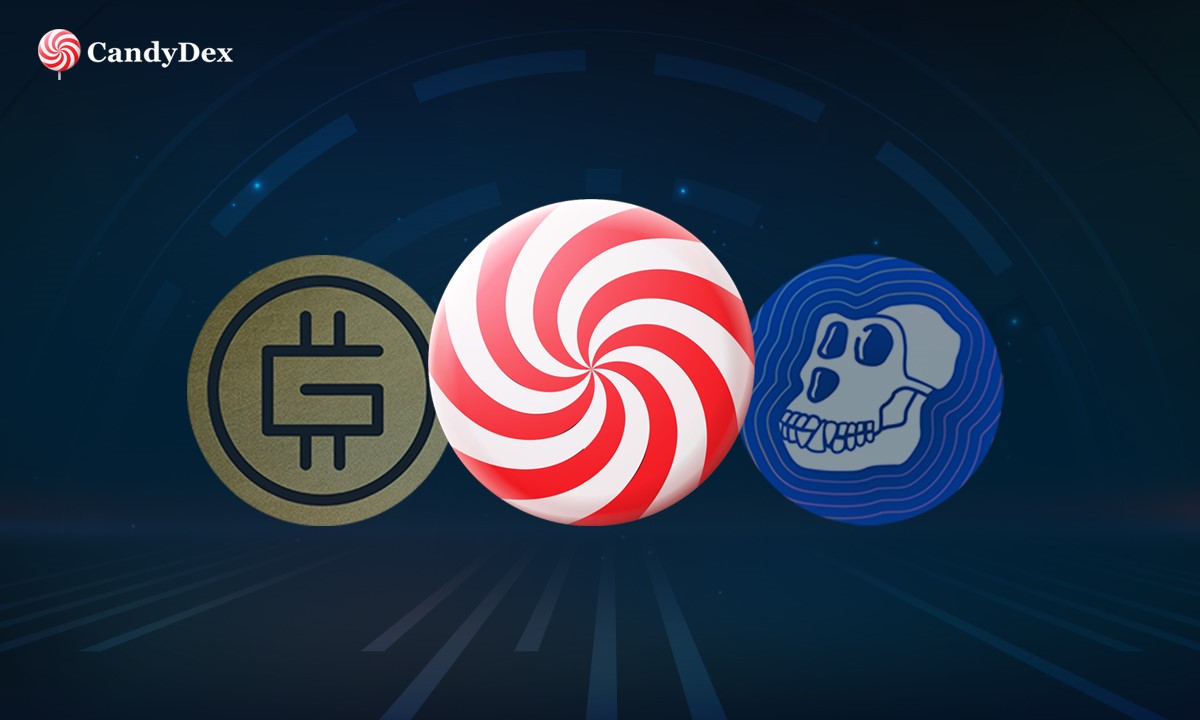 We believe the CANDYDEX token, the popular DeFi-inspired cryptocurrency, could go on a run similar to ApeCoin (APE) and SpepN’s GMT. Is CANDYDEX the next ApeCoin or GMT? Let’s take a look. They’ve all launched very recently — one of them is even still in its presale stage — and show promising potential for the months and years to come!

Interestingly, each new trend tends to produce a new wave of crypto millionaires, as the emergence of move-to-earn tokens, led by StepN and its GMT token, has demonstrated most recently. Despite its newness, it’s already been rumored that it will start another trend and revolutionize the decentralized finance industry with the experimental concept of the DeFi “CandyDex.”

StepN is a move-to-earn crypto and SocialFi app on the Solana network. The platform describes itself as a “Web3 lifestyle app” that rewards users for maintaining a healthy lifestyle by walking, jogging or running. Although it’s still a relatively new idea, move-to-earn is similar to the play-to-earn model in that it includes elements of GameFi, SocialFi and nonfungible tokens (NFT). Instead of rewarding consumers for simply playing games, move-to-earn projects compensate them for leading better lifestyles.

The collection includes four different styles of sneakers. The price of each pair of sneakers is determined by its type, rarity and degree. The move-to-earn model, like many previous crypto trends, is quickly gaining traction and may even outperform P2E. As a result, both the number of users on StepN and the demand for GMT have increased dramatically.

Could CANDYDEX follow in the footsteps of APE and, more recently, GMT in generating massive profits?

ApeCoin is about to celebrate its one-month anniversary, launching on March 17. ApeCoin is the newest initiative within the Ape ecosystem, which originated through the ultra-popular Bored Ape Yacht Club NFT collection. BAYC consists of 10,000 algorithmically generated profile pictures featuring apes with varying physical and clothing attributes that indicate different rarity levels.

From rap star Eminem to football player Neymar Jr., many celebrities have been attracted to the BAYC collection’s imagery and perks and decided to buy these NFTs. In fact, owning a Bored Ape — or Mutant Ape, an alternative collection issued by the same entity — gives you access to exclusive events held in prestigious locations that host famous personalities. As such, following its market launch, APE quickly became one of the most traded assets in the 1,000 largest Ethereum wallets and was among the Top 10 most-bought tokens. Within its first week of trading, APE gained a stellar 1,200-plus percent!

CandyDex is a DeFi platform for users to swap tokens, increase their exposure or borrow BNB, MATIC, AVAX, FTM and Ether (ETH) against their favorite cryptocurrencies. The platform allows DeFi users to borrow, multiply their exposure to cryptocurrency, and earn on their assets. CandyDex’s mission is to provide the most secure, trusted entry point to deploy capital in DeFi. The team comprises passionate thinkers and builders driven to create a better user experience for all while being able to maximize returns.

CandyDex aggregates multiple decentralized exchanges into a single platform and allows traders to track the movements of thousands of tokens and synthetic assets and forecast market movements before they happen. In doing so, CandyDex tackles the principal vulnerability of today’s DEXs: significant slippage, non-real-time information and the lack of market indicators.

What makes CandyDex great and trustable is its token contract was audited by Tech Audit, Audit Whale and others, and there are more audits from other trusted entities like Haze Crypto, CertiK and Hacken on the way.

What is the CANDYDEX token?

CANDYDEX is a Polygon-native token. The cryptocurrency was also launched on Ethereum, BNB Smart Chain, Avalanche and Fantom. The CANDYDEX token has performed exceptionally well in 2022, with an incredible price spike during the initial DEX offering. The primary function of CANDYDEX is to incentivize liquidity provision to the CandyDex platform. It allows holders to participate in the protocol’s governance as they explore the DeFi space. Unlike with other decentralized exchanges, CANDYDEX tokens allow holders to buy (or “swap”) with ETH, BNB, MATIC, AVAX, FTM and TRON. This is seen as a more liquid way of exchanging large amounts of crypto.

After the presale rounds were completed, the CandyDex project immediately mobilized its plans according to schedule. Specifically, the team launched the IDO, initiated another token burn, developed an NFT Marketplace, created a native blockchain and launched a surprise airdrop of its new token. Also, CandyDex is planning to provide a staking portal, which will enable investors to maximize their returns by utilizing CANDYDEX through yield farming. For the time being, the team has advised investors to stay tuned to CandyDex’s official Twitter and Telegram channels, where the listing details will be announced.

The CANDYDEX IDO was one of the most anticipated for April 2022, with its launchpad often met with excitement.

Bonus on IDO sale Round 1:

Following an oversubscribed, successful pre-IDO sale, CANDYDEX has officially achieved its goal of 5.5 million. The sale will be extended, as the market fluctuations are causing a delay in the sale as agreed prior to the start of the second round. The final closing time will be 4:00 pm ET on June 16, 2022. As a special bonus for users participating in the IDO sale, existing users will get a token bonus of 10% through May 17, 2022, and new users will get 15% on their new token purchase.

Here’s where you can find out more about CANDYDEX: