The free-to-play, cross-platform, tactical-action shooter supports beautiful graphics and exciting gameplay ready to earn it a place at the top of its genre immediately after its launch this summer.

With the addition of Web3 elements such as nonfungible token (NFT) in-game assets integrated via a seamless blockchain framework, Cantina Royale is ready to ease the next billion gamers into the future generation of interoperable digital adventures. 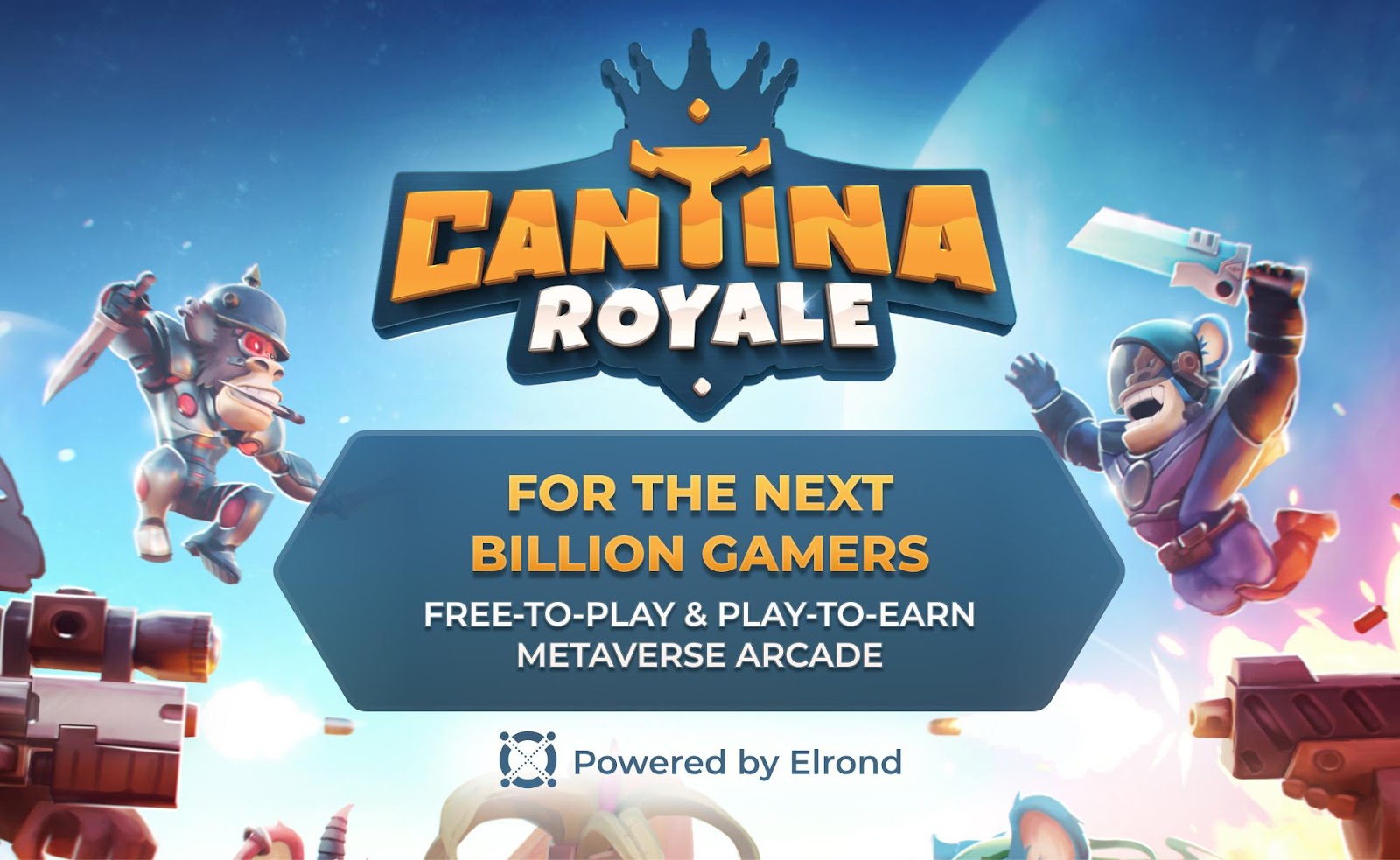 “It’s time to make characters and items into NFTs and give players new mechanisms for creating and exchanging value,” said Koby Menachemi, founder of Cantina Royale and Verko. “It will be just how real-world racing teams upgrade their cars — as drivers upgrade their skills, building more excitement from one race to the next. This is exactly the type of relationship that Cantina Royale establishes between NFT owners and gamers.”

Fueled by the Verko metaverse-experience framework and built on the Elrond blockchain, Cantina Royale enables players to enjoy a new gaming experience supercharged by Web3 components such as NFT characters and digital assets, opening the door for a rich value-creation engine with new and recurring income streams.

The framework does away with setting up blockchain tools such as wallets and accounts. All players will surpass the barrier hindering the adoption of blockchain gaming.

Designed as a gaming API layer on top of Elrond Network, the Verko framework enables game studios to augment their titles with internet-scale blockchain technology using just a few lines of code. Upgrading games to the power of Web3 is now possible without draining gameplay development resources.

“Cantina Royale is part of a new breed of games, experiences and economies: The first wave in the tide that will carry blockchain gaming outside of its current niche and into the mainstream.” said Beniamin Mincu, CEO of Elrond Network.

Elrond is a new blockchain architecture designed from scratch to bring a thousand-fold cumulative improvement in throughput and execution speed. To achieve this, Elrond introduces two key innovations: a novel adaptive state-sharding mechanism and a secure proof-of-stake algorithm, enabling linear scalability with a fast, efficient and secure consensus mechanism. Elrond can process upwards of 15,000 transactions per second with 6-second latency and negligible cost as the backbone of a permissionless, borderless and globally accessible internet economy.

The product of a 15-strong team with decades of shared experience, Cantina Royale is led by game designer Dan Bojan and developer Paul Szanto. Bojan has previously worked with Angry Mob Games on successful projects such as Predators, Alien vs. Predator and Muffin Knight. He’s also collaborated with Facebook, Google and Valve on virtual reality and Android console projects. Szanto, meanwhile, is head of engineering for Phenomenon Games and has worked for Gameloft and Angry Mob Games on major gaming projects.

Distributed by Storm Partners on behalf of Elrond. For more information, contact Adrian Bono, public relations and media manager at adrian.bono@storm.partners or on Telegram: @STORMPartners.