CEBG has finished an angel investment round spearheaded by KuCoin Ventures and will now be engaged in KuCoin’s GameFi ecosystem-building initiative.

The game behind the story

Crypto Elite’s: Battlegrounds is an online multiplayer battle royale game located in a lost civilization on an isolated war land. In the game, players land in the warzone and search for guns to shoot other players, fighting each other for precious resources. The game was inspired by PlayerUnknown’s Battlegrounds.

CEBG is the first anime game on blockchain with mecha elements and distinguishes itself from other player-to-earn (P2E) games. CEBG has innovated and designed a player-friendly, free-to-play mechanism. 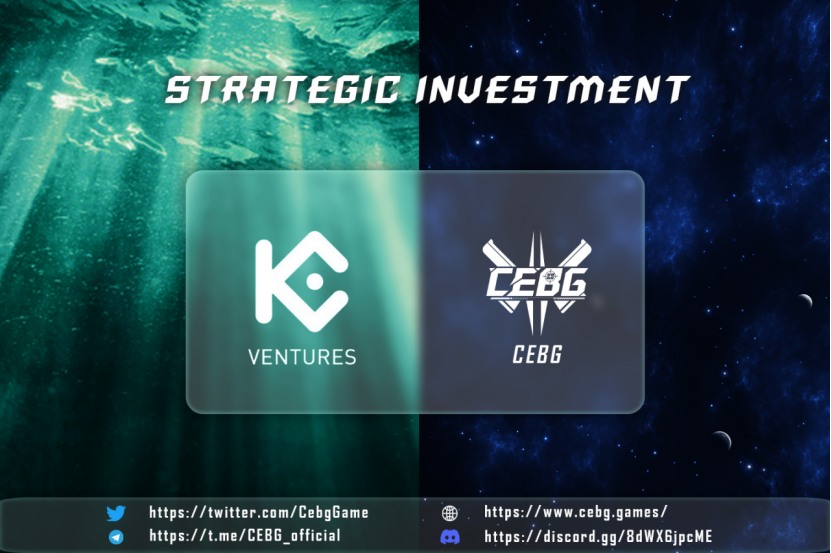 Besides earning CEG and CEC tokens through player-versus-player and player-versus-environment, players can also earn a wide range of in-game items for their achievements and other in-game activities.

Aside from its compelling gameplay, CEBG also boasts great social attributes such as allowing players to team up with friends and participate in battles. Its social module allows for seamless integration into SocialFi mechanics, facilitating social gameplay behaviors such as team-building, online voice chatting and streaming. The friend-making element of CEBG is perhaps the game’s greatest element, which will continue to infuse the game with new ideas and player interest.

All players in the community can participate in building CEBG, which allows CEBG to become the leading mobile blockchain game.

The entire GameFi sector is currently undergoing a metamorphosis from GameFi version 1.0 to version 2.0. GameFi, which was originally driven and dominated by financial attributes, is gradually returning to the play-for-fun ethos that is the original essence of gaming.

Playability was the watchword that defined the design of CEBG, and its economic model has been optimized on a dual-currency model similar to games such as Axie Infinity and DeFi Kingdoms.

During the project’s planning phase, CEBG placed ads on Google Ads to test the game theme’s market appeal, as well as video demos and player interviews. These all resulted in resoundingly positive market feedback beyond usual expectations.

Highly playable, socially-attuned and medium-heavy casual games are the hallmarks of most long-cycle games. All good GameFi economic models are designed to reward players for long-cycle engagement with the game, and CEBG is designed with these principles very firmly in mind.

KuCoin’s partnership is not only an endorsement of CEBG’s game concept, quality and product design but also a strong signal of full cooperation going forward.

CEBG will build a comprehensive partnership with the KuCoin ecosystem to deliver an exciting and rewarding GameFi experience to KCC users.

MVP will support CEBG’s endeavor to connect with 50-plus guilds and more than 2,200 global influencers based on MVP’s P2E-dispatch platform.

Empowering Web3 and next-generation technology, KuCoin Ventures is a leading investment arm of KuCoin Exchange that aims to support Crypto and Web 3 builders both financially and strategically with deep insights and global resources.