ClearMoon network is here to educate

The protocol is led by Alexander Lisin and offers something unique to the decentralized finance space — education.

Not just quality investing — what is ClearMoon’s unique offering compared to other Binance Smart Chain protocols?

Introducing ClearMoon and its founder

Alexander “Sasha” Lisin is charismatic and larger than life. He’s well-spoken, composed and extremely well-versed in the decentralized finance landscape. Draped in some of the most exquisite polo shirts, Lisin has the brawny, strict look of someone not to be trifled with, like a cowboy, or even a Russian gangster. Either way, who better to wage war against the rising corruption and rampant scams on the Binance Smart Chain and DeFi than Lisin? But to wage this battle, Lisin needed a protocol that could provide the right services.

Enter ClearMoon, the first network dedicated exclusively to education in DeFi for newcomers and veterans alike. It’s backed by a deflationary token for which Lisin has declared a target market cap of $1 billion.

How ClearMoon plans to achieve its ambitions

Lisin is backed by the extremely talented ClearMoon team. Made up of a hodgepodge of hotshot developers, crypto millionaires, veteran content producers, and several top-tier designers who’ve done extensive branding work for the likes of BMW and Red Bull, the ClearMoon team has a variety of talent at its disposal.

ClearMoon Academy is a one-stop-shop for free DeFi education with vast resources of instructional videos and articles produced in-house. The beta launched a day ago with plans for rapid expansion. 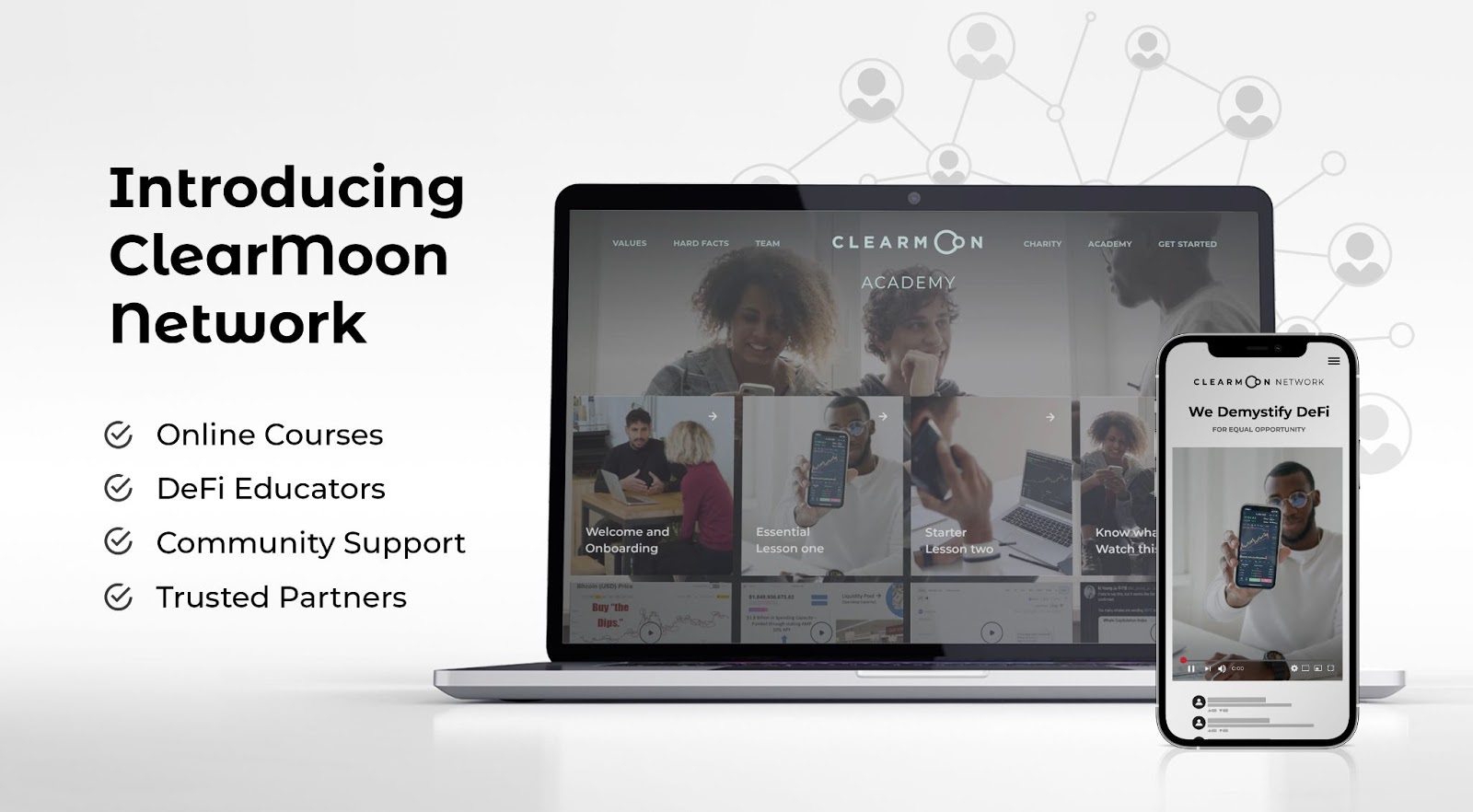 ClearMoon’s ambassadors are a network of homegrown educational TikTok influencers who were boosted and have gone viral from the ClearMoon community.

While the ClearMoon token is the first to launch, the team is continuously expanding its ecosystem with a secret utility initial coin offering that will be announced in mid-July. To protect ClearMoon’s price, priority discount whitelisting on the network’s projects will always be given to holders first.

The ClearMoon team has managed to deliver on each of its promises, including the recent launch of its website and Academy platform beta. Established a little over a month ago, the progress the team has made is quite remarkable. ClearMoon’s recently revamped website and aggressive roadmap spotlight the ambition and aggressive plans for growth ahead.

As ClearMoon’s infrastructure develops and its still-nascent market cap nearly doubles with each passing fortnight, the sentiment among staff and holders is the protocol has a bright future.

In his many interviews and AMAs, Lisin often compares the current DeFi landscape to the Wild West of the past: unregulated and dangerous, but with fortunes to be made for the pioneers who master it. Dubbed the ”sheriff of DeFi” by some of his supporters, the moniker has stuck. Ever-evolving and imbued with tireless energy, he’s made it clear that the ClearMoon network is ready for a showdown.

Come stop by the saloon:

Overall it is vital to proceed with caution when purchasing tokens that have just been listed. For those who have not already read our articles on safety on the BSC, it is crucial to reference the following items here and here.