Coinscope.co platform just launched its own token as part of its plan to make crypto adoption accessible worldwide

Coinscope is the world’s leading early-coin listing and voting platform for new blockchain projects. It uses unique and game-changing features to be ahead of the $120 billion low-market cap in the crypto market. The platform supports multiple blockchain networks and operates on a large scale throughout the world with a great number of daily users interacting with the application.

​​For the past year, Coinscope has been dominating the crypto space as a leading auditing firm with hundreds of thousands of users using the platform and an Android application to discover the latest trending blockchain projects. In fact, it was one of the first auditing firms to warn investors against the dangers of investing in the infamous SQUID token.

The CEO of Coinscope said:

“It is our responsibility as an auditing firm and a listing platform to give our users all the tools and knowledge to identify potential malicious actors and protect themselves.”

On Thursday, Nov. 19, the Coinscope team launched their own native token on Binance Smart Chain (BSC) as a presale on the DxSale platform. The presale was filled within minutes, hitting the target of 800 Binance Coin (BNB) as the initial hard cap of the coin. Within the same day, the token started trading on PancakeSwap, hitting a market cap of $1 million.

Within 24 hours, the native token COINSCOPE was listed on CoinMarketCap, skyrocketing the price of the token and giving returns to investors of more than 100%. The next day, the listing on CoinGecko followed, pushing the price to break the $2 million market cap. 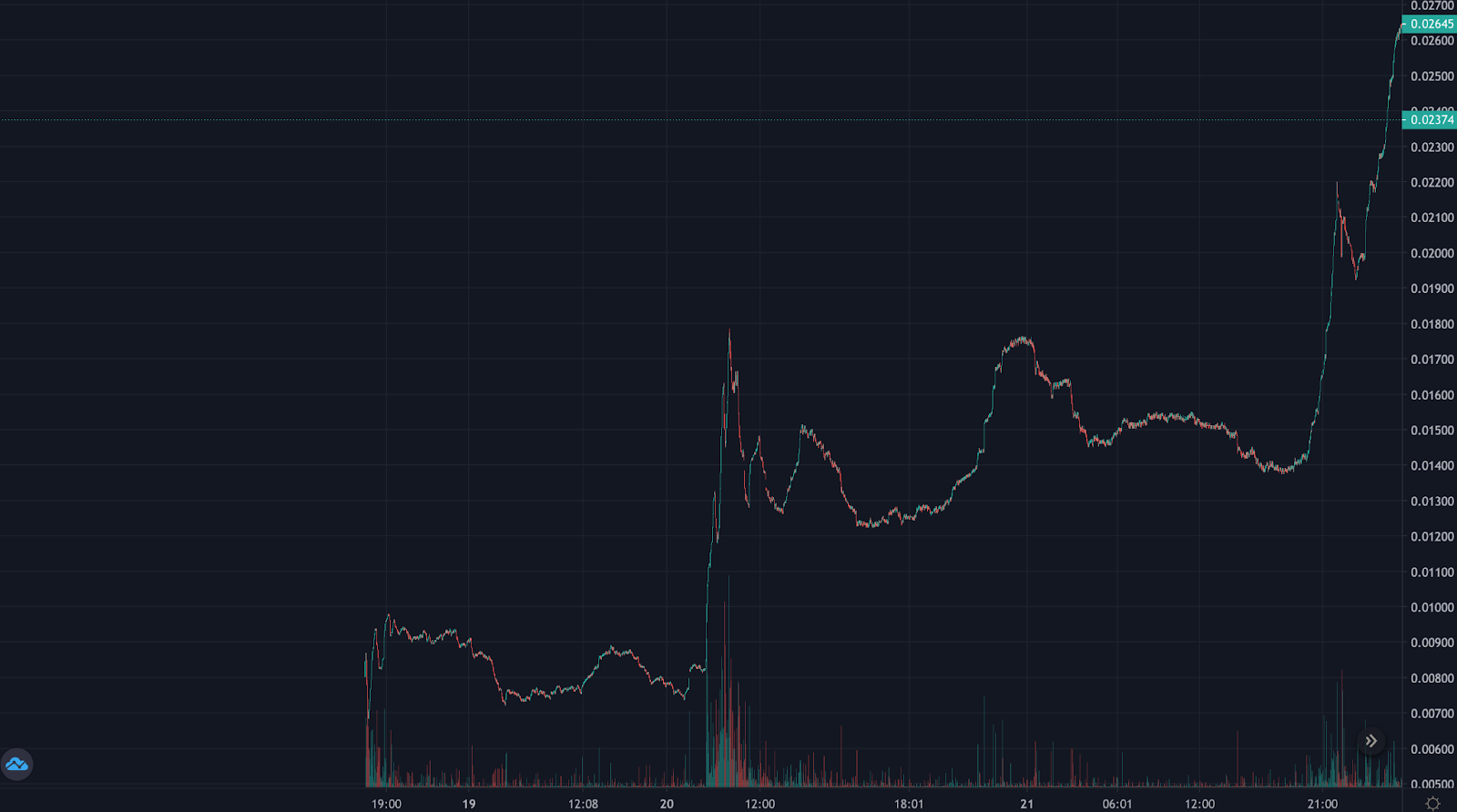 The actual graph of $COINSCOPE 24 hours after launch

When asked about the rapid growth of the token, the CEO commented:

“We are overwhelmed with the support of the community. We wouldn’t be here without them.”

In the following days, the token value doubled up again to break the $4 million market cap. The team recently announced that it will be making its first appearance on a centralized exchange on Dec. 3, so we should expect to see a new all-time high soon. You will be able to trade the pair Tether USDT/COINSCOPE on the LBank exchange, and Coinscope will be running marketing promotions with the exchange throughout the month of December.

According to the team’s roadmap, the native token will unlock enormous opportunities for growth in its ecosystem. Holders will be able to get access to unique rewards, airdrops, nonfungible tokens (NFTs) and access to information about new blockchain projects.

The platform already supports unique features for its users such as real time price charts and useful indicators for newly launched coins. Users can add tokens to their watchlist and track their portfolio of new tokens on Coinscope platform. With the native token, they will be able to unlock more capabilities for their wallets.

For the second and third quarters of the year, the team plans to create APIs for power users and developers. After talking to the chief technology officer, he revealed that they are also working on implementing automatic tracking and price predictions for the holders of Coinscope tokens.

A glimpse of the Coinscope platform

The chief technology officer, when asked about the future of the platform, said:

“Our philosophy is under-promise and over-deliver, and we have been doing this consistently for the past 12 months that we have been working on the project.”

Coinscope’s rapid growth has attracted the eyes of organizations like Pinksale and DxSale which have recently added Coinscope as one of their trusted auditing partners. The team has also opened a few job posts as they are looking to grow the team to support their growth plans.

At the moment you can only buy COINSCOPE on PancakeSwap (you can find instructions here), but from Dec. 9, the token will be available for trading on LBank. The team is also looking to strengthen the market position of the platform and its token by entering more exchanges in the next quarter. Looks like we will be hearing more news from Coinscope soon.