On June 11, a series of presentations were hosted at the Consensus 2022 convention in Austin, Texas.

The DAO House was a space for Consensus attendees to learn about decentralized autonomous organizations (DAOs), and the event spotlighted many of the most innovative and creative communities and builders in this rapidly expanding space. Salemink is also the founder of Skadi Labs, a venture studio building DAO-tooling companies.

The presentation touched on several topics and schools of thought on DAOs, including their emergence and potential philosophical influence on future organizations.

The presentation began by addressing the coordination problem — the dilemma of establishing a system that makes people work effectively together and the valid concerns that arise with several potential solutions to this problem. Salemink spoke on how the most common way to coordinate at large scales in traditional companies is through a top-down chain of command, which invites multiple flaws such as extensive bureaucracy, sub-optimal incentive structures and lack of ownership and autonomy.

“There's got to be a better way,” Salemink said. 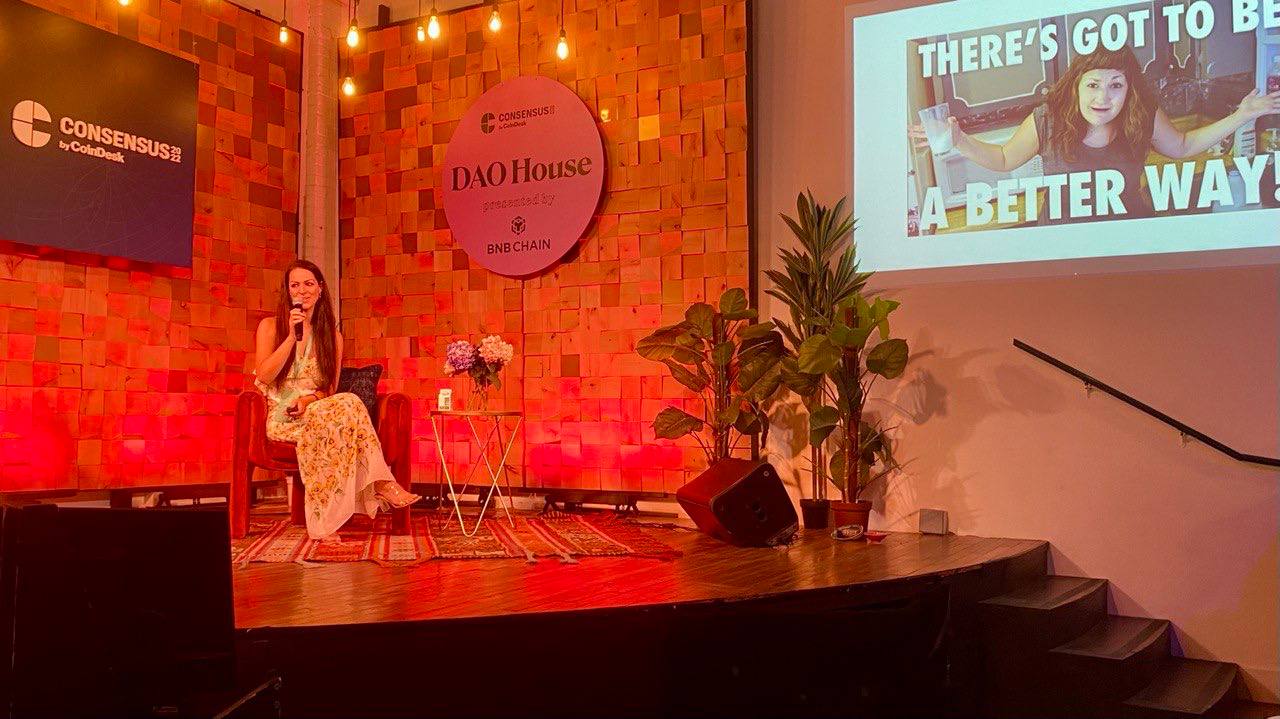 Her proposed solution is rooted in the idea of ​​polycentric governance. Salemink cited Nobel Prize-winner Elinor Ostrom's research as a foundational tenet behind the idea of ​​a top-down ranked hierarchy — ie, groups of people with a common, overarching goal that self- Polycentric governance is based on taking advantage of a group's collective wisdom and using the incentive structures shared ownership brings.

However, a question was raised: How can one design and maintain these systems? Organizing is a process; an organization is the result of that process.

Salemink continued the presentation by speaking on the organizational structures found in nature, specifically those of ant colonies.

These are examples of emergent behavior, which occur when a system's components interact and produce new behavior that is impossible when the components are isolated.

“Emergence and complexity can be found everywhere, from stock-trading algorithms reinforcing each other's signals to the neurons in our brains,” Salemink said.

Exact rules and hierarchies don't have to be designed when behavior can't be accurately predicted. Instead, one should focus on fostering the holistic environments and incentives that help collaborative, adaptive structures emerge, and complex systems can naturally develop as an answer to the coordination problem.

“This is the kind of decentralization we care about in social organizations — empowering local coordination and sentiment to emerge and propagate from [the] bottom-up to achieve global goals.”

Salemink referenced several well-known examples of the internet's ability to leverage emergent behavior and cultivate self-organizing communities, such as Wikipedia and GitHub. Web3 and DAOs can also fuse the power of voluntary self-selection and produce collaborative work with shared community ownership of collective efforts, which yield a more equitable and empowering way of working together.

Salemink said while the internet has already achieved incredible things, there's no reason to think its potential has been reached. She and her team are excited about the world-changing potential for DAOs and want to make it more accessible than ever before to create, join and contribute.

“Our goal is to build DAO-tooling projects into successful companies, so that we can facilitate a new form of coordination — a new internet, owned by us,” she said.

Salemink is a leading DAO expert in the blockchain space, CEO of Prismatic and founder of Skadi Labs.