The network is decentralized and miners are able to join freely. All relevant code has been open sourced under AGPL v3 license. COVA is the first framework for writing scalable and privacy-preserving smart policies, and later DApps, using popular Python language. COVA has the potential to significantly drive blockchain adoption by enabling the development of scalable and privacy-preserving DApps.

In the meantime, COVA will be listed this week on Huobi Global, one of the world's largest crypto exchange by trading volume, as a result of having won most votes at HuobiNext Voting. The COVA token (ticker symbol COVA) will be available for trading from 15:00, December 21st, 2018 (GMT+8). Another crypto exchange, BitMax.io, will also list COVA on the same day.

Currently, there are over 181 nodes and miners in the COVA network. Combined, these nodes are helping COVA beat Ethereum in terms of processing power, thanks to the high performance and security guarantees of TEE network. By the end of 2019, the team expects to recruit enough miner nodes and collectively surpass the computing power of the most powerful supercomputer on the planet.

The network status of the COVA network can be seen in here: http://covalent.ai/status. The dashboard provides a comparison between the processing power of COVA and Ethereum. It also provides information on the number, location of miner nodes and running jobs. 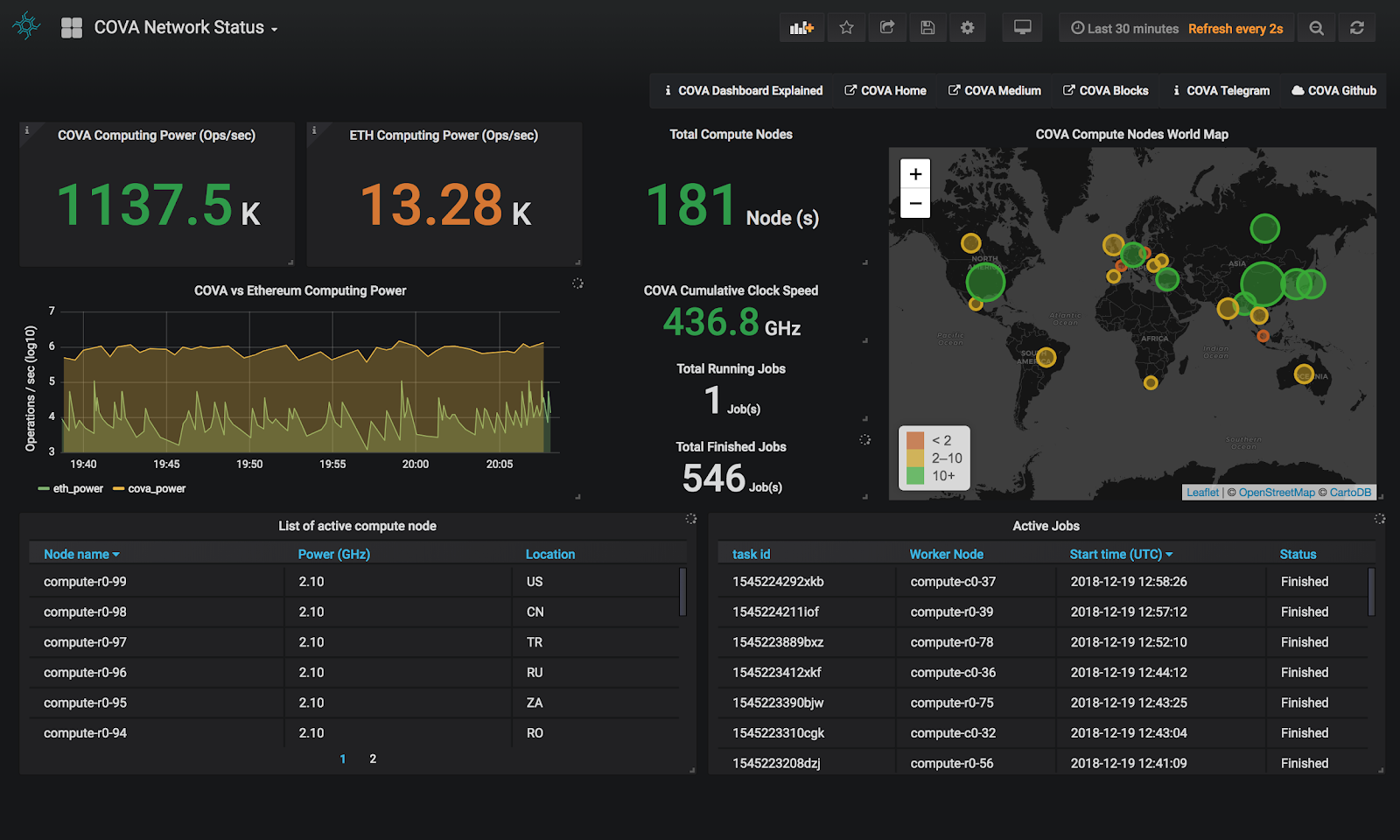 While there are a few TEE software offerings trying to solve problems similar to COVA, COVA-Nyx shows COVA’s unique value proposition with implementation code to show the progress that are not only on technical whitepapers. In addition, COVA supports some of the exclusive features:

According to Vincent Li, COVA's co-founder, this testnet shows that COVA has the potential to significantly drive blockchain adoption by enabling the development of scalable and privacy-preserving DApps.

You can read the documentation for COVA’s public testnet here.

Backed by world-class institutional investors, including FBG Capital and Zhenfund, COVA is building a new paradigm for data to be used as capital. COVA powers Smart Policies, a machine-enforceable data usage policy, so that data owners will be able allow their data to be accessed and transacted while prohibiting undesirable privacy-compromising inferences.  Learn more at www.covalent.ai.