With the crypto space ramping up with nonfungible tokens (NFTs) and Play2Earn projects, we have witnessed venture capitalists actively investing in and accelerating Web3 companies. However, cross-chain interoperability and huge gas fees on the Ethereum network remain the big problems that projects are aiming to solve. Pontoon is striving towards bringing liquidity to multiple chains in the crypto sphere and has recently completed a successful fundraising round. According to the official sources, the funding round witnessed a total raise of $3.2 million, sealing a successful launch for the project.

The project has amassed massive traction and garnered attention from industry tycoons and venture capital funds. So far, it has attracted investments from multiple companies such as Draper Dragon Funds, Black Edge Capital, Morning Star Ventures, Amesten Capital, X21, GenBlock, ExNetwork, and advisors. With the testnet version already available and waiting for launch, they have hit the ground running and a continuation of that trend would be a huge boost for such a new project. The project has also strategically partnered with Polygon and BSC, leveling up the playground for other players. 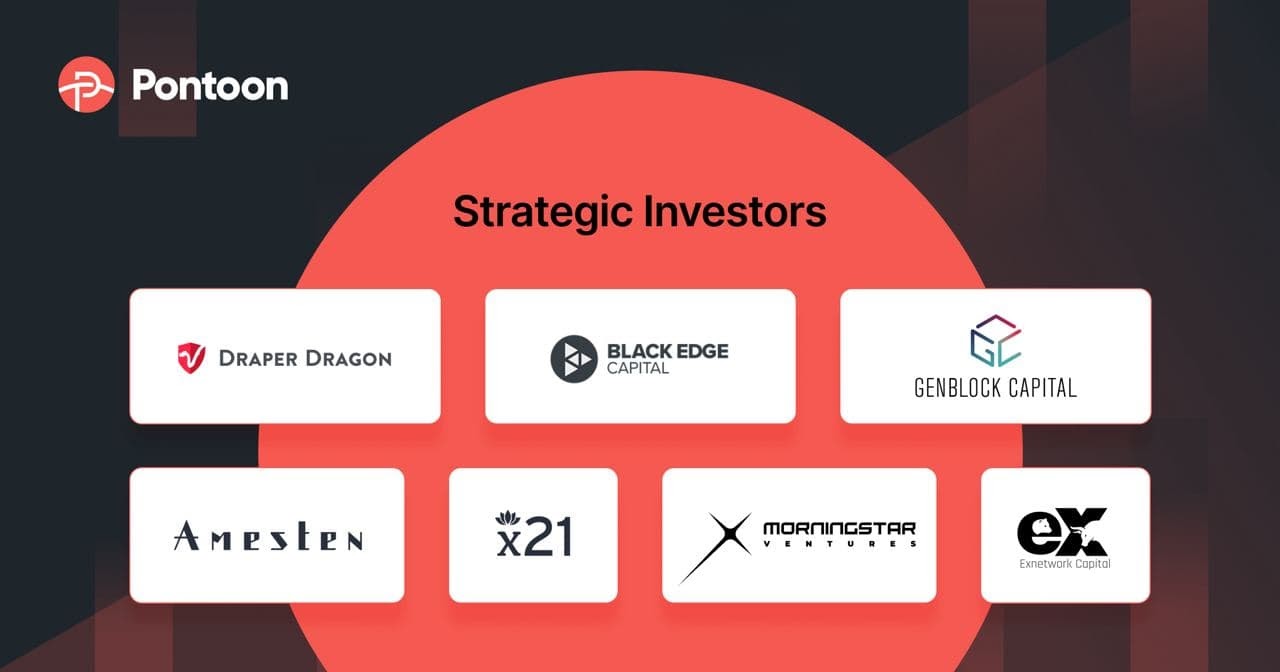 Despite its grandiose plans, the project is still in its inception stages. The project is currently working towards the auditing processes, reinforcing the security aspect in a dynamic landscape prone to potential hacks. As such, the project is looking to announce successful audits and make a big splash.

In pursuit of this goal, Pontoon has recently announced its IDO. Slated to hold on the 25th of October, the IDO will be hosted on the HotCross platform, an extensive multi- and cross-chain tool suite. The IDOs are crucial in deciding the project’s future action plans and hence, the project is working towards bringing its best on the plate.

How Pontoon is tackling the liquidity problem

One blockchain problem that often seems to fly under the radar is liquidity. While blockchain has done a lot for many, it is not without its faults. For most people, these include hackers, rug pulls, and scammers. And the introduction and ensuing popularity of DeFi have brought with it even more problems.

DeFi is the actualization of years of work. The ability to make transactions from the comfort of your bed without currency barriers cannot be overemphasized. Now, rather than being forced to convert your country’s currency to a different one to make cross-border transactions, you can make it in a flash and with minimum effort.

With this comfort, however, comes a significant liquidity problem. The low barrier to entry in the DeFi space means that there are far more projects than necessary, each with its own goal and chosen blockchain. With new blockchain users being attracted to different projects, liquidity has become fragmented over time and anybody that has been on the blockchain for a while has experienced the horror of low liquidity and extreme traffic. The project has also released various articles in its educational series and is spreading awareness about these issues across its social channels.

The fact that there are so many projects means that sometimes liquidity is scarce. Being forced to accept exorbitant gas or slippage fees simply because there is a backlog caused by low liquidity and high traffic can be frustrating.

It is becoming apparent that the liquidity problem, if not tackled, will be the death of many projects, causing users to migrate from them to their more popular competitors. With the problem growing progressively worse, a solution is needed.

Pontoon Finance is a new initiative that is attempting to provide a solution to the liquidity issue. Pontoon is providing one-click liquidity mirroring over Ethereum, Binance Smart Chain, HECO Chain, xDAI, Polygon Network, and Optimism with an incentive relayer network and liquidity mining for liquidity providers across the chains. The project has a strong development team along with strategic advisors working towards making cross-chain interoperability and liquidity mirroring quite seamless to provide a seamless experience to users.

By utilizing relayers, Pontoon will be able to offer gasless cross-chain transactions and provide liquidity to networks where it is required. With liquidity being what it is today, certain chains are managing much more than they need and Pontoon’s initiative may help make that liquidity more mobile.