Decentralized finance platforms have scaled to more than $10 billion in value and reached a global return of over 1,000% due to the embryonic nature of emerging protocols and newly formed sub-components such as incentivized pooled lending and borrowing, yield farming and “wrapping” — never before seen in traditional financial markets. Despite the exponential rise of these platforms, one can objectively state that the collective ecosystem is still very much in its infancy.

Factors such as poor user experience, smart contract vulnerabilities, insufficient cross-chain interoperability, a lack of consistent, regulated liquidity as well as assets that are locked and cannot be staked are only examples of some of the challenges yet to be resolved.

As evidenced with Ethereum 2.0, more than 3.6 million Ether (ETH), or approximately $7 billion, has already been staked, with currently no option to unstake. Additionally, specific to Filecoin, miners must stake Filecoin (FIL) tokens to receive mining rewards, which are locked for a minimum of 180 days and are incentivized to continue locking for up to 540 days. This locking and staking will slow down the expansion of DeFi by reducing the amount of liquid capital.

However, such shortcomings are where opportunities are birthed and resolved by the emergence of more robust, scalable and sustainable protocols such as CrossFi that focus on increased interoperability and heightened cross-chain liquidity for isolated assets.

To provide a brief overview, CrossFi is a decentralized asset lending and liquidity sharing protocol. Similar to the utility that protocols such as Chainlink offer to traditional businesses seeking to connect to blockchain infrastructures, CrossFi aims to function as a bridge, with the focus of enhancing interoperability between all isolated assets. It also allows for a robust infrastructure that connects the liquidity of existing public chains in the DeFi sector such as Ethereum, Binance Smart Chain, Polkadot and Flow, among others.

CrossFi aims to democratize DeFi by allowing anyone to create a synthetic asset on the Ethereum blockchain that is a derivative of their assets on any other infrastructure when those assets are staked and collateralized through the CrossFi platform.

In addition, a paramount and core feature of the CrossFi platform is its Filecoin-centric solution. As stated on the CrossFi website, “Filecoin requires expensive specialized mining machines. Filecoin stakers are rewarded by the amount of storage they provide, but they are limited to how much storage they can provide by how many FIL tokens they stake. CrossFi will unlock the value of these staked FIL tokens by allowing staked assets to participate in the DeFi ecosystem. As more projects move toward proof-of-stake, there will be more staked asset holders who will want to use these assets in DeFi.”

CrossFi’s developments include partnering with two leading Filecoin mining machine manufacturers, DianCun (DCTech) and DataLine, to allow these miners to stake their tokens without losing their liquid properties. 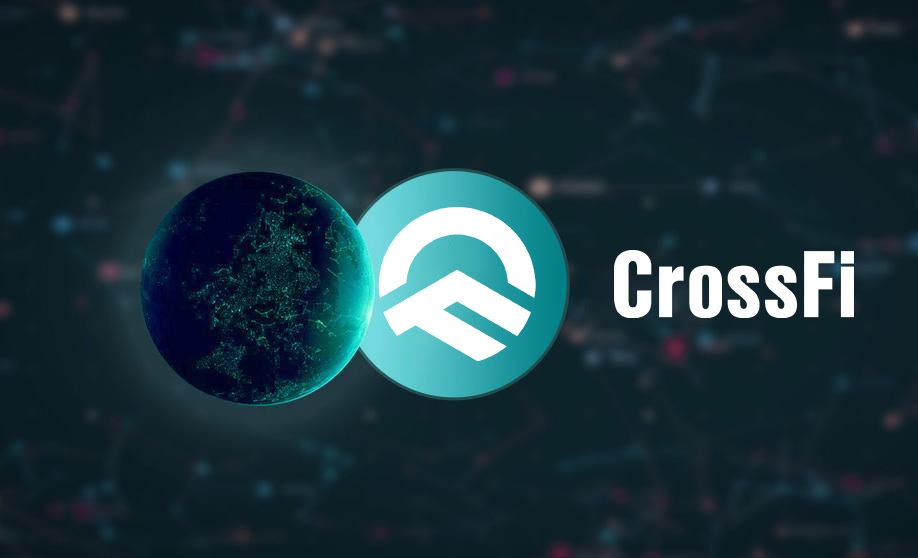 Together, DianCun (DCTech) from China and DataLine from South Korea have a combined total effective mining storage power of more than 200 PiB (pebibytes) with a capacity of an average daily 8 PiB increase. As a Filecoin lending, financing and liquidity mining platform, CrossFi will enhance the value of its services by providing its miners with the ability to mint an equivalent value amount of ERC-20-compliant liquid cFIL with its locked FIL tokens.

In regard to CrossFi’s token, CRFI, by having finalized a successful initial liquidity offering on SakeSwap on April 26, and an initial DEX offering on Dododex on April 27, CrossFi is in the process of expanding the availability and liquidity of its native token on a number of exchanges.

Including listing on decentralized platforms such as PancakeSwap (v2) and Uniswap, CRFI has also successfully listed on Bittrex Global with a USDT/CRFI trading pair.

By leveraging the strong global reputation and awareness of Binance, coupled with the BSC’s dual-chain architecture, CrossFi will be able to further empower its decentralized application and digital assets on one blockchain and take advantage of the BSC’s fast trading (with a block time of approximately three seconds) and cross-chain transfers.

Adding further credibility to its active utility and growth, several prominent statistics of the CrossFi cFIL DApp (as featured on the CrossFi website) include:

In summary, as evidenced through its strategic partnerships, a diverse array of exchange listings and practical utility through the cFIL DApp, CrossFi is actively solving prevalent market problems and will continue to rise over time as an emergent DeFi platform of choice for users around the world.

More notable still is the upcoming inclusion and launch of CrossFi’s DApp on the BSC, which is due for release on July 15.