Multi-platform cryptocurrency ecosystem OWNR Wallet announced on July 1, 2021, the expansion of countries and regions it provides services in, including those in Latin America, Africa, Asia, Europe, Australia and Oceania. Customers worldwide can now buy crypto with OWNR Wallet.

This brings OWNR Wallet to a total of 216 countries across all continents to date.

OWNR Wallet’s expansion included many Asian countries such as Singapore, China and India. For some countries of this region, such as South Korea and Japan, OWNR’s team added more payment integrations. It means that almost all banks in these countries work flawlessly with OWNR Wallet’s transactions.

Customers from Argentina, Mexico, Brazil, Ecuador and other Latin American countries can now join OWNR Wallet by buying coins with the click of a button. OWNR Wallet expanded its services to include the most remote continents, Australia and Oceania, and also significantly expanded the list of European countries supported, especially toward the northeast. Denmark, Belarus, Switzerland, Iceland and many others are now proudly serviced by OWNR Wallet.

According to OWNR Wallet’s team, among the countries which were a priority to support were Egypt, Nigeria, Tunisia and 43 other African countries. 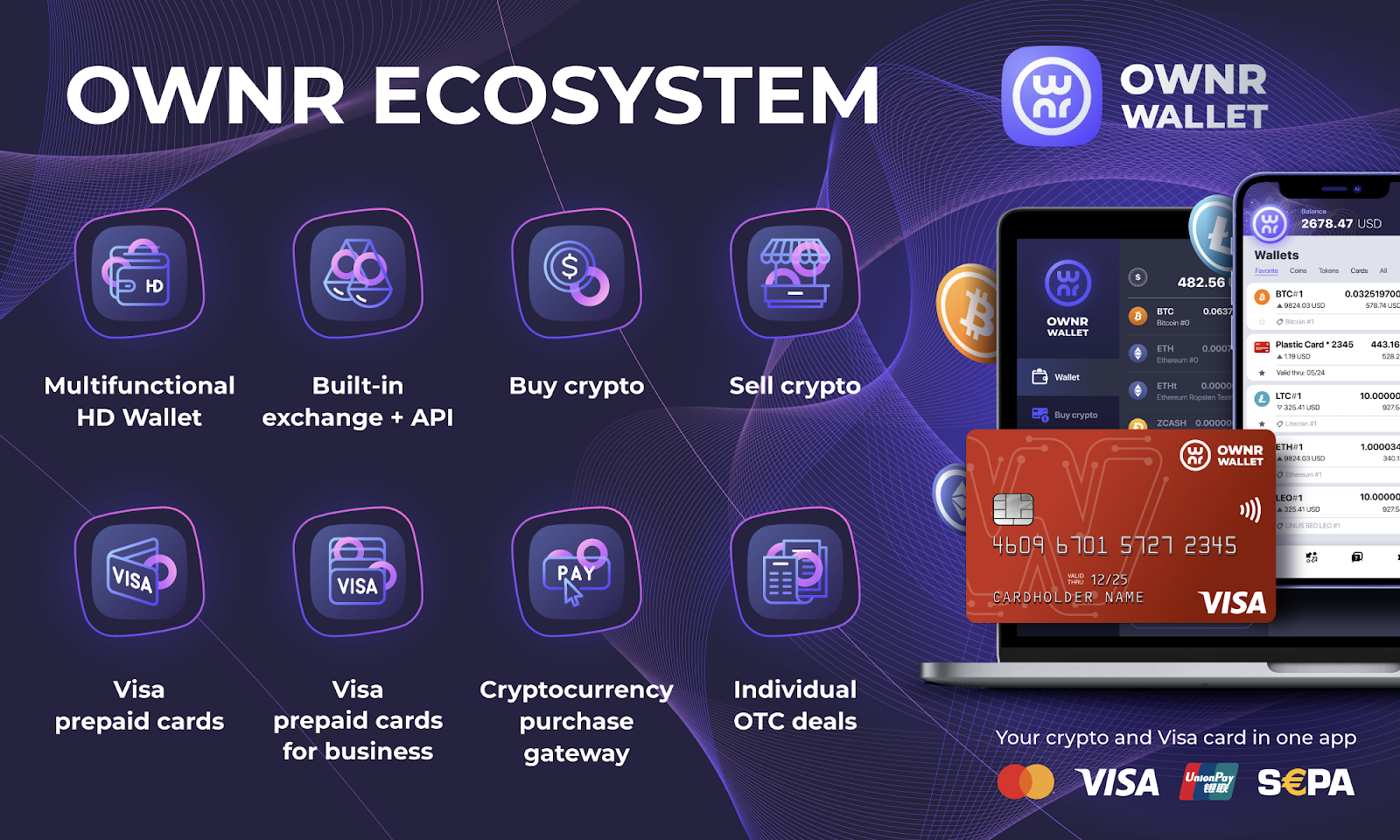 OWNR Wallet is a fast, simple-to-use wallet that allows users to focus on buying cryptocurrency using their Visa or Mastercard. It made a wallet suitable for newbies, professional traders and developers alike by transparently handling cryptocurrency and fiat inner workings. The app is available on the web, Windows, macOS, Linux operating systems, the iOS App Store and Google Play.

At the end of 2020, OWNR Wallet successfully launched the Visa prepaid card, which gave OWNR Wallet users the ability to pay in-store and online using Bitcoin (BTC), Ethereum (ETH), Litecoin (LTC) and more. Customers can order a physical or virtual card and use it in millions of locations around the world, making contactless payments as well as cash withdrawals from ATMs.

OWNR Wallet’s ecosystem is constantly improving and expanding with exciting new features. It is the only wallet you need, providing everything you need in one interface, and is available worldwide.

Download the app on the App Store or Google Play.