Nowadays, we are seeing many projects do great in the Metaverse. This is because the Metaverse is the future, it represents the next step of the Internet of Things (IoT).

Going by the idea of connecting people in CryptoCars, CryptoPlanes & CryptoGuards, we are connecting people by creating a community. You can make the community stronger by starting conversations with other players about the game and the latest updates in the crypto world. 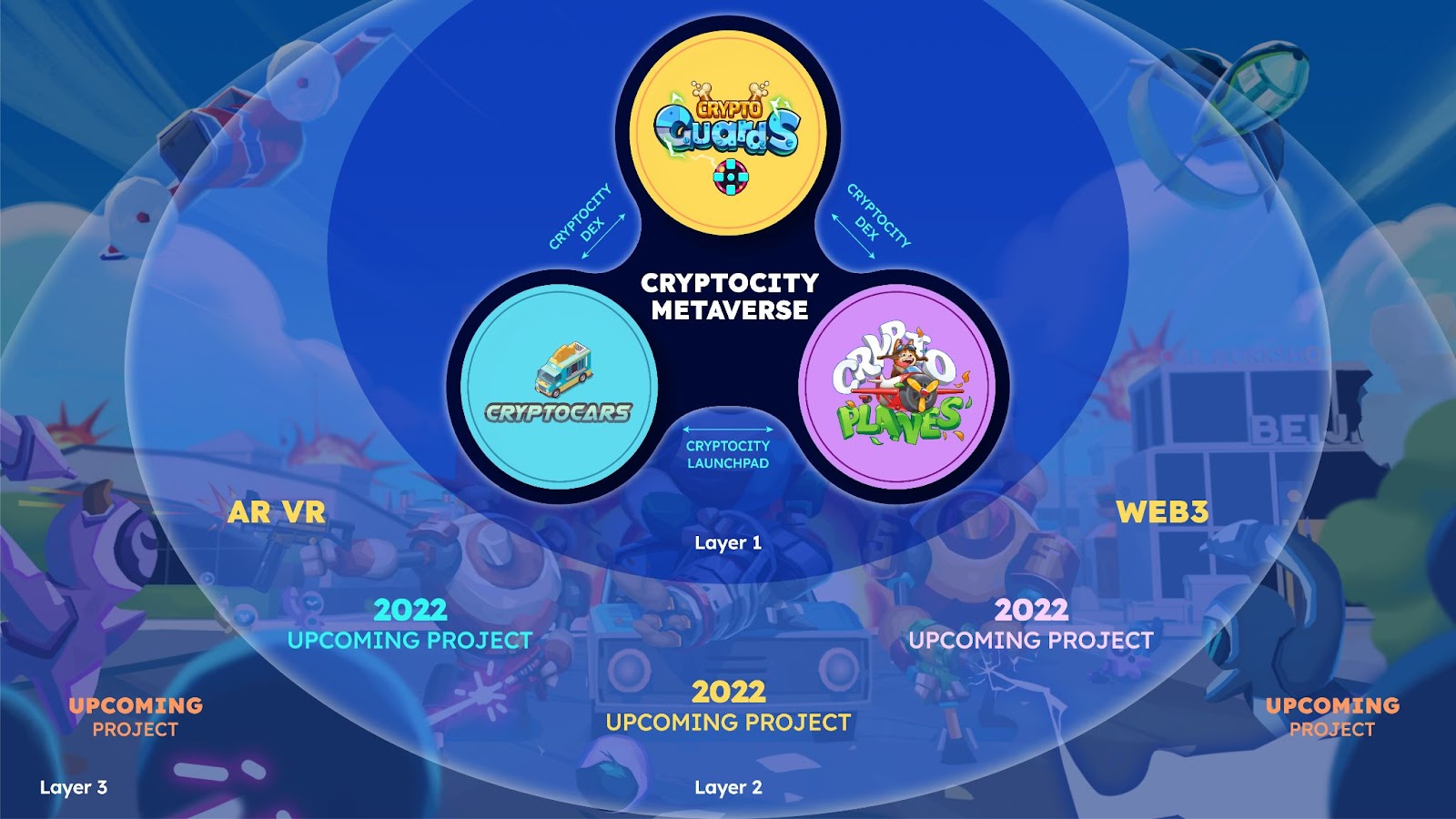 CryptoCars and CryptoPlanes are two independent, community-driven projects that have grown purely on self-improvement, without fear of missing out and fake hype. CryptoCity aims to bring stable, healthy and long-term growth for all our investors. No wonder both projects are on CoinMarkepCap’s Top 20 Most Viewed Metaverse Projects!

CryptoCity Metaverse is holding a Car Workshop & Airport Auction from January 1 through 20.

Car Workshops are considered CryptoCars’ most valuable asset, and certainly, for CryptoPlanes, it will be the same for the airports. The first auction of CryptoCars, which took place in September–October 2021, attracted a lot of players, not only in-game but also outside the game. So this 2nd CW sale for CryptoCars and Airports will be similar or larger. 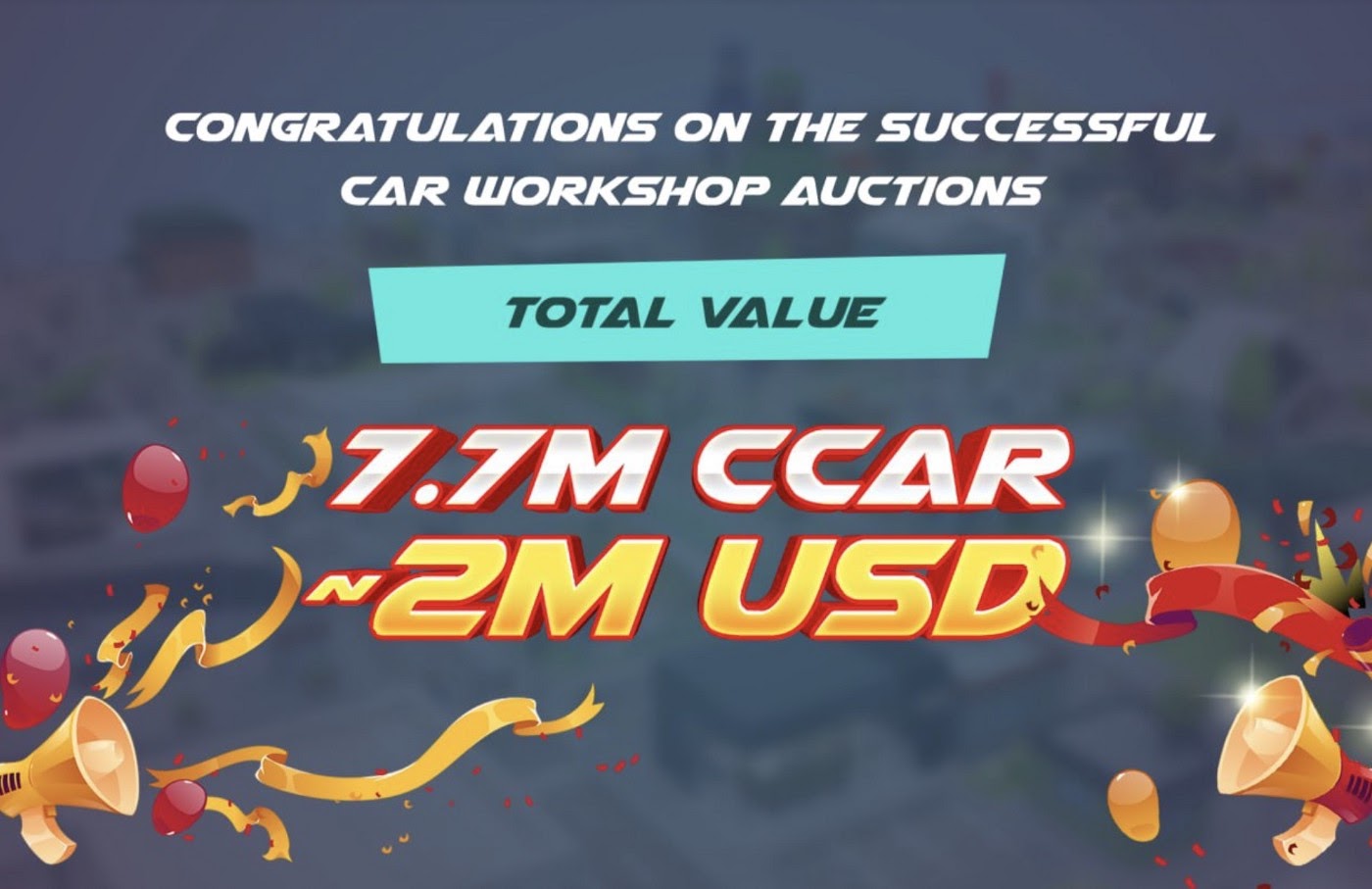 The estimated time for Car Workshops and Airports is huge. Why do it? There is a reason. Let’s first mention the Car Workshop. At the beginning of the first auction wave, CryptoCars only had 120 thousand players, which means that, at that time, only about 120 thousand people were able to participate in the Car Workshop. So now, CryptoCity has nearly 600,000 people; that is, more than 480,000 new people have joined CryptoCity and are eligible to participate in Car Workshops and Airports.

The second reason is that CryptoCity creates more new communities and prioritizes old but strong communities like Thailand, Latin America, Vietnam and Spain. Also, CryptoCity has a welcome for Persian friends – I know Iran, which is very supportive of CCAR.

CryptoPlanes has close to 280 thousand participants, which is more than the original CryptoCars, and the current price of CryptoPlanes is also very nice and worth entering. Please be careful, because usually this period will be considered a cumulative period for CW and Airport.

How does the CW benefit you?

Car Workshop (CW) is currently known as the most valuable in-game asset. Alongside that, its revenue stream for CW owners is really big as well. Therefore, let us review the benefits of owning a CW for you guys:

And you may have seen a recent post on CryptoCars Channel where CW’s revenue has reached nearly 23,000 CCAR a day, five times more than in the early days.

HOW MUCH IS $1000 INVESTMENT IN 1ST CARWORKSHOP EVENT WORTH NOW!

The advantage of owning a Car Workshop is undeniable. According to the latest statistics of the past three months, the profit from Car Workshops has increased drastically. The one-day profit per Workshop skyrocketed from 4,700 CCAR up to 23,500 CCAR!

One of our players even made daily calculations and put them into a very detailed spreadsheet (click here to open), in which you can see a gradual growth of the profit from the release date and up until Dec. 28.