Crypviser announces the tentative launch of Crypviser, a disruptive all-in-one network for social and business communication after the successful Initial Coin Offer (ICO) of CVCoin, an integrated crypto token offering by the company. 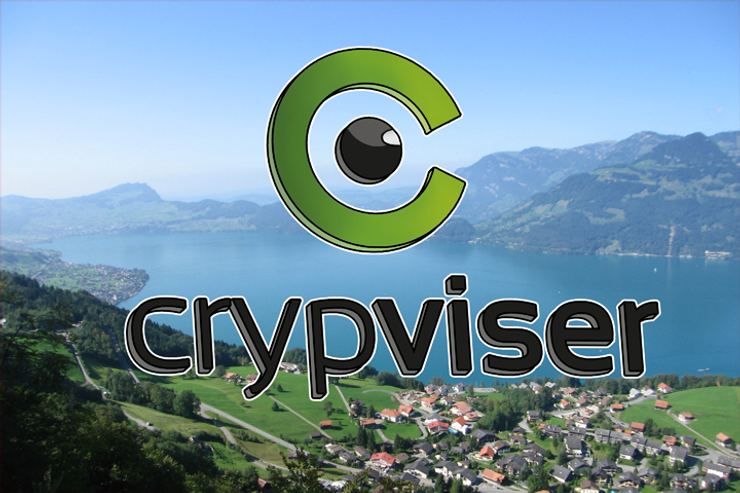 Crypviser announces the tentative launch of Crypviser, a disruptive all-in-one network for social and business communication after the successful Initial Coin Offer (ICO) of CVCoin, an integrated crypto token offering by the company.

After the successful launch of the CVcoin ICO on the 20th of May, 2017 and having raised US$ 1 million within 10 days of the crowdsale, Crypviser has announced the tentative roadmap of their messenger product that would be available for public beta testing phase for B2C and B2B applications in August 2017. The official launch event for Crypviser has been fixed for September 2nd, 2017. The communications platform is already in alpha-testing phase and has been in development since 2015.

Crypviser is a highly secure network with the most secure unified communication platform which is based on Blockchain. Crypviser integrates security using an innovative core which offers protection on local, network and server levels and has a resilient cryptographic model. The messenger has the ability to protect users against man in the middle attacks and prevent information leakage. In addition Crypviser also protects against local data storage vulnerabilities and can safeguard against interception as it contains intrusion detection mechanisms.

Unlike the present day scenario where popular messengers like WhatsApp, Telegram, Viber and others exhibit multiple vulnerabilities and are susceptible to hacking and other security vulnerabilities, Crypviser platform comes equipped with Crypviser Secure Protocol (CSMP), which will provide users with real end-to-end encryption and a disruptive blockchain based public keys distribution model. Each message over the network will be encrypted at the user end before it is sent out. The unique public key authentication system in Crypviser allows users to verify each other’s public keys manually when they are in peer-to-peer mode, they can also automatically verify the keys using Blockchain. Local security is provided for storing data at the device level with a symmetric 256-bit encryption key, which is based on patterns generated by finger movements. CSMP ensures encryption through technologies like Elliptic Curve Cryptography, Cipher SALSA20/20, SHA3-512 HASH etc. CrypID client-server authorization is a patent pending authorization technology, which ensures that Crypviser is the most secure communication network currently in existence.

Far more than just a messenger

What Crypviser has created is far more than just a messaging system. The application has all the features of a private social network which can send messages, multimedia files and allow users to make voice and video calls or even conference with each other. Business users can utilise Crypviser’s PBX features, widgets and services to unleash the full potential of the service. Additionally Crypviser offers first ever multi-device secure synchronization called Secure Sync. Users can run instances of Crypviser on multiple devices, independent of the platform. Crypviser gives full control of privacy to the user as they can approve or reject screenshots of their messages on other users’ devices or by forwarding shared data. Auto-destruction feature in Crypviser allows for even more privacy as it allows deletion of shared data after a specified period of time has elapsed. Crypviser keeps users in the loop about their privacy by displaying status of their current security and alerts users in case of any risks like man in the middle attacks.

Ongoing ICO an opportunity for investors

Investors have an opportunity currently to take advantage of the CVCoin ICO and invest in the world’s most secure communications network. This crowd sale is an opportunity for investors to secure their own interests by investing in a product that puts priority on their privacy. Crypviser is near delivering an excellent product and has a team specially dedicated to the platform, which has been working on delivering the platform which was conceived way back in 2013.

Crypviser will be available for download soon on Google Play and Apple App store in its beta variant soon. All participants in the CVCoin ICO will be given a chance to test the app while it is in beta and will also be able to gain access to exclusive and amazing benefits.