Dank is an open-source lending protocol based on the Ethereum network, aiming to solve fund inefficiency problems in the decentralized finance market and create a fixed-income market.

The basic lending protocol of variable interest rate is based on flexible assets deposited into the pool, where users can choose to deposit their funds into the pool contract to provide liquidity. Meanwhile, the already deposited assets could be used as collateral to borrow other assets from the pool. Based on the pool status, instant lending is allowed. However, when the variable interest rate of the lending market develops to a certain scale, it will face a significant problem: capital inefficiency.

Before 2020, the decentralized finance market was a niche compared to other markets. Yet, in just over a year, the total value locked of DeFi grew rapidly — estimated at $100 billion. Among them, the lending market is approximately 30% of the TVL scale, whereas in the past this would have been an unimaginable percentage.

After more than a year of high-yield DeFi farming, the speculation in the market has eased, changing the mindsets and attitudes toward the market into a fixed-income investment.

It is essential to understand that stable market income comes from continuous stable demand or from solving certain capital inefficiency problems. We know that as long as the market exists, there will be demand. However, at the moment, top DeFi lending platforms are in a difficult conundrum. Deposited funds at a large scale have been affecting capital efficiency (the capital efficiency range of Aave and Compound is 30% to 45%).

From this, we understand that by solving the capital efficiency problem, there is a high chance to solve capital gains problems. On this note, the Dank protocol allows any user to obtain a variable interest rate depositary receipt named dToken. Subsequently, a newly proposed long-term interest rate contract swap model would release dToken’s long-term income at any time to obtain instant fixed income.

There is a market for everyone through the Dank fixed-income protocol, ranging from those who want to obtain long-term stable income to those who deposit small amounts of money in exchange for large deposit exposure income.

Users with variable interest rate positions can exchange their positions with flexible capital receipts and revenue receipts at any time. According to the principles of discount bonds, the capital receipt can be hedged to the market to increase fund flexibility. 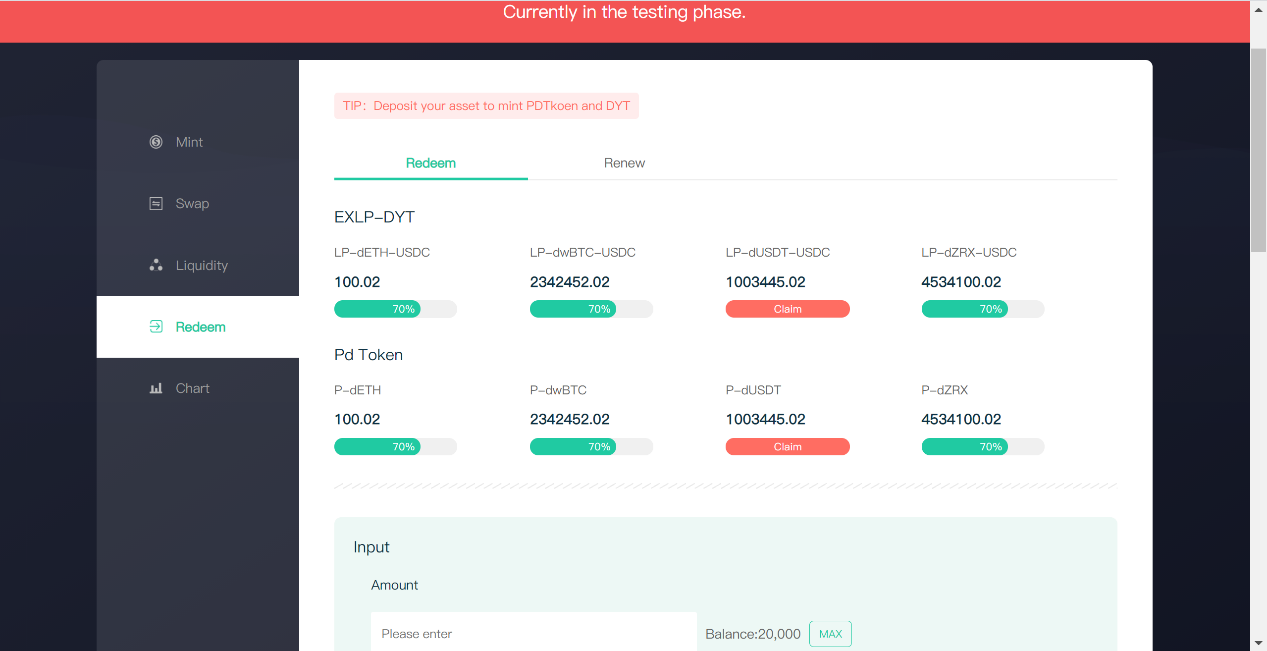 Furthermore, fixed interest rates or fixed income dominate a significant position in the traditional global financial market. To further elaborate on this point, the volume of the United States Department of the Treasury’s bonds is at $28 trillion, making it a market not to be meddled with. Similarly, the DeFi market is equally as big, especially as global regulation of blockchain finance and applications are coming into effect.

Presently, the Dank protocol’s official website has made its variable interest rate lending beta testing public. The official launch will be announced after the end of the public beta testing phase.

The estimated time of the fixed interest rate market public test will be launched at 6:30 am on October 13th. If interested, please visit the links below.