The Dash Convention Europe will showcase Dash’s exciting and growing ecosystem in Europe and beyond. 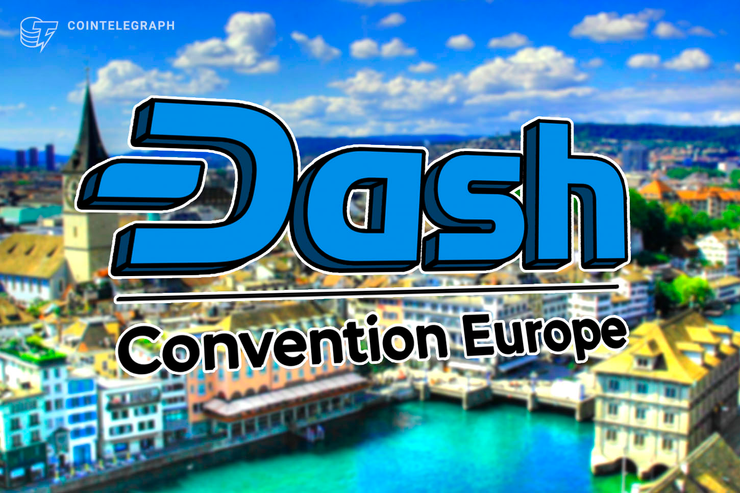 The Dash Convention Europe will showcase Dash’s exciting and growing ecosystem in Europe and beyond.

Zurich, Switzerland — August 21, 2019 — Dash, the leading digital currency for payments, has announced the first Dash Convention Europe, a community-organized conference held September 28-30 in Zurich, Switzerland and Munich, Germany. The conference will feature presentations and updates from several major groups working under the Dash decentralized autonomous organization (DAO), as well as from supporting companies and ecosystem partners. The event intends to showcase the exciting, innovative, and thriving Dash ecosystem which is redefining decentralized digital currency from Venezuela to Nigeria to Austria.

According to Fabio Bossi, CEO of Bitalo and Dash Convention organizer, this event is crucial to showcasing the progress Dash has been making over the last several years:

“The idea to organize a Dash convention was born in a community chat, and with so much exciting news and projects going on in the Dash ecosystem, we wanted to get the Dash DAO to crypto-friendly Switzerland. Speaking as CEO of Bitalo AG, a recently launched german P2P crypto-broker that manages everything on-chain, Dash with instantly settled and super cheap on-chain transactions is a perfect match for our business model, and we believe strongly in supporting its future.”

The Dash Convention Europe will consist of three days across two cities. The first two days will take place in Zurich on September 28th and 29th, and will consist of coworking and collaboration among Dash investors and community initiatives on the first day followed by an open conference with speakers, panels, presentations, and more. The final day is Dashtoberfest, an invitation-only event that will take place in Munich during Oktoberfest. Bossi said:

“We also managed to get a 50-seat reservation for Oktoberfest in Munich, which is almost impossible, and are looking forward to celebrating "Dashtoberfest" with Dash Core Group members, Dash funded organisations, business partners and friends of Dash.”

According to Jan Heinrich Meyer, CEO & Founder of the Dash Embassy D-A-CH and co-organizer of the Convention, this event represents the strength of the Dash decentralized community:

"With the Dash Convention, we hope to provide a platform for the whole global Dash community, and also offer a good introduction for Dash newcomers. However, what I find most exciting about this concept is that everyone in the community can contribute and take part in shaping it. The Dash Convention is an event by the community for the community. I am really excited to see what kinds of partnerships and innovations are forged at the convention."

Travala.com is official travel partner for the Dash Convention, and is offering an increase over the current 5% Dash-back discount to 7% exclusively for event attendees, which can be accessed by booking accommodation via partner link at Travala.com/dash. Those interested in attending the event should visit DashConvention.com to purchase tickets while supplies last. Members of the media interested in covering the event should contact info@dashconvention.com.

Dash is the leading payments and e-commerce focused digital currency, and the rising alternative to bitcoin. Experiencing significant growth since its beginnings in 2014, Dash is accepted at thousands of merchants and ATMs globally, and 90+ exchanges worldwide - making it one of the few offering safe, decentralized solutions to real world problems. Dash is digital money that is better than cash, it is instant, global, and easy to use. Dash can be spent online and in stores at merchants across the globe, with near zero fees, instant settlement, and no chargebacks. Dash protects merchants and their customers equally and gives the power of payments back to its users. With over 60 members on the team and a unique treasury and blockchain mining model, Dash is the only major self-funded, self-governed organization in the cryptocurrency industry. This allows for constant development and funding for the entire project.