DeFi protocol Bifrost just raised $600,000 in a seed round

The popularity of the DeFi market and expectations for the launch of the ETH 2.0 staking mechanism flood the crypto market in 2020. The rapid development of DeFi and Staking markets is driving the two mechanisms of DeFi and Staking to interact more and more in the blockchain landscape, and superposition has produced more and more composability. But the problem also followed.

In the Polkadot ecosystem, there is also such a project that is positioned in the DeFi basic protocol and aims to solve the liquidity of PoS tokens, which has attracted market attention under this background. Bifrost recently announced the completion of a seed round of $600,000. Investment institutions include NGC Ventures, SNZ Holding, Consensus Lab, Digital Renaissance, Youbi Capital, DFG, Longhash, etc. Bifrost said:

“Investors participating in this round of financing are not lack of early Polkadot investors and staking business-related institutions. It is expected that these institutional investors will be able to provide Bifrost with parachain slot auctions and staking liquidity business support in the future.” 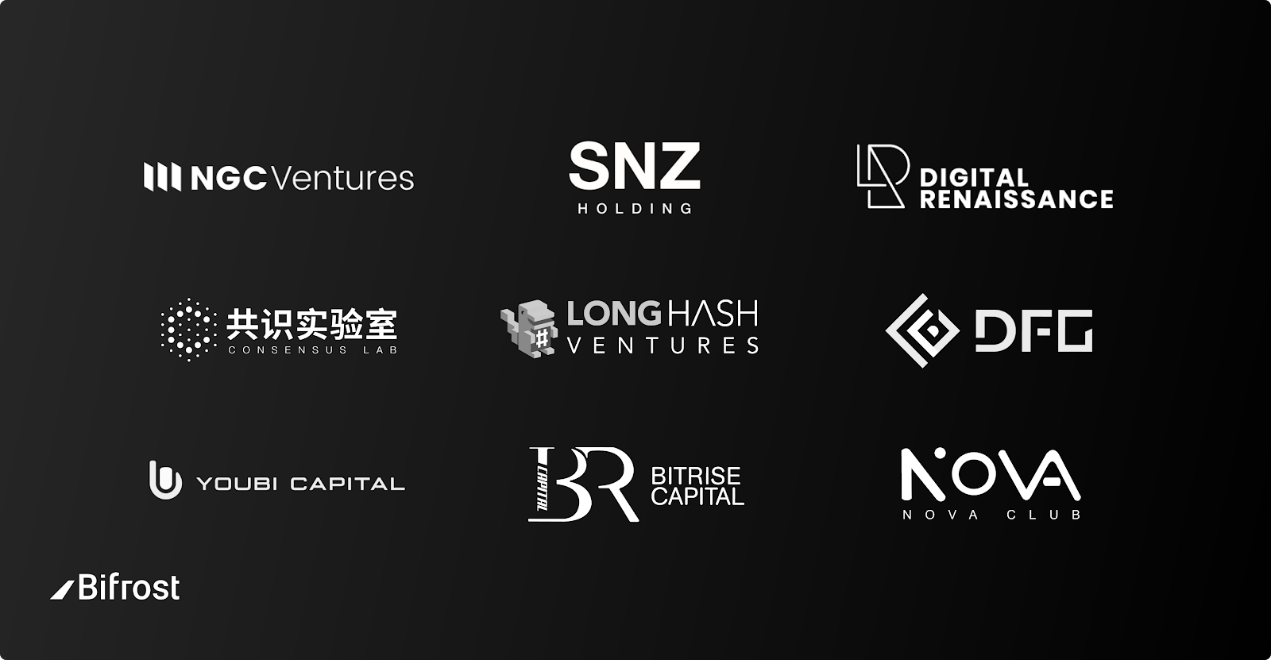 Bifrost said that they will participate in the Polkadot network's slot auction in the future and become a Polkadot parachain to provide online real vToken swap, and plans to launch the mainnet in the fourth quarter of this year.

Bifrost is a cross-chain network that provides liquidity for staking. It is developed based on Substrate and built on the Polkadot network. As a DeFi project in the Polkadot ecosystem, Bifrost users can swap PoS Tokens into vTokens through the Bifrost Protocol at any time to obtain Staking rewards and liquidity.

The project has already obtained the Web3 Foundation Grant before completing this round of seed funding, and is also a member of the Substrate Builders Program under Parity and Web3 Bootcamp.

What problem does Bifrost want to solve?

Due to the emergence of DeFi products including liquid mining, DeFi products may bring users a super high annualized rate of return, but whether the prosperity built on the ETH PoW consensus can continue under the ETH 2.0 or Polkadot PoS consensus is a problem. For users, when staking and DeFi lending can only choose one of them, which method is more profitable becomes the basis of choice. The PoS consensus network will compete with DeFi products from the underlying mechanism to compete for users. To solve the problem of DeFi and staking rewards competition, Bifrost allows users to obtain staking rewards and release liquidity at the same time to obtain and optimize the interests of more DeFi fields including DEX, liquidity mining, etc.

The PoS determines that the security of the network is maintained by the staking mechanism, which also means that the liquidity and security of the PoS network are in a mutually exclusive state. Under normal circumstances, increasing the liquidity of staking requires weighing network security, and the PoS token liquidity solution seeks to break this restriction, reduce the opportunity cost of users participating in staking, and at the same time increase the overall staking rate of the PoS public chain.

How is Bifrost achieved? 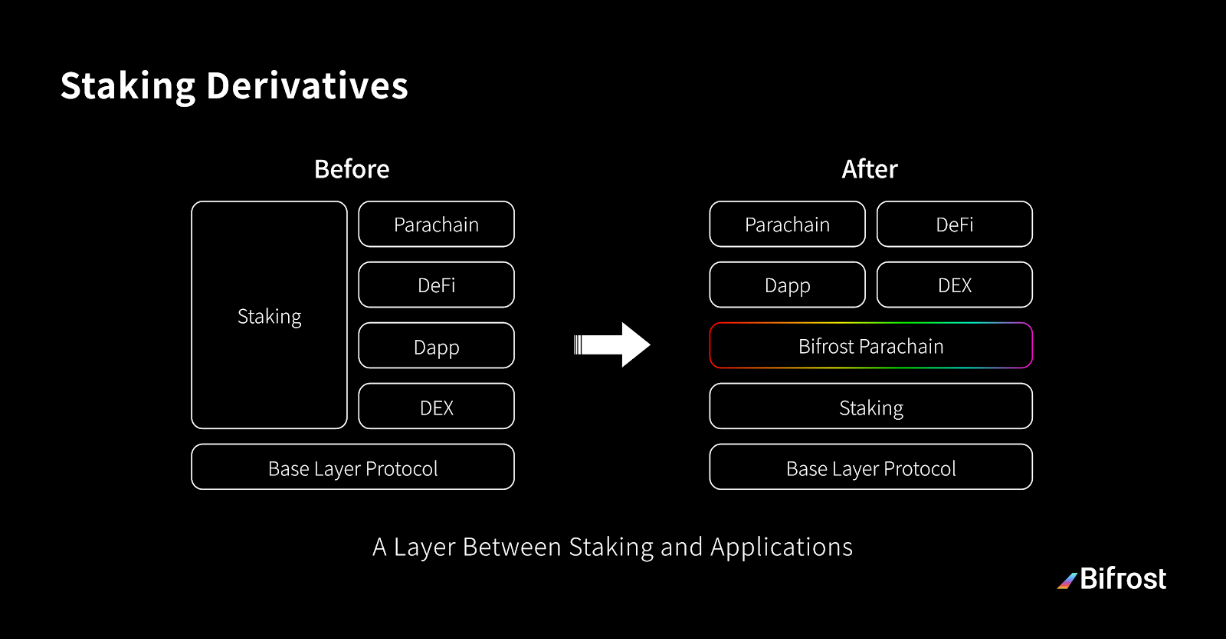 The project designed a mechanism that allows users to swap PoS Tokens into Bifrost vTokens through the Bifrost Protocol at any time, and each PoS Token will correspond to a different vToken, such as vDOT that bridges Polkadot tokens. Bifrost said that the nature of vToken includes:

According to Bifrost's roadmap, the project will release the Beta version of DApp in the third quarter of this year. The AMM trading pool provided internally is also in the testing phase.