For those with their ear to the ground about cryptocurrency, they might have heard of IOEN, The Internet of Energy Network. The Holochain-based project is aiming to change the way energy is used worldwide by starting from the smallest units: communities. The project is centered around encouraging agents to emerge from communities and develop “virtual microgrids” which will promote efficient energy use.

Blockchain technology and cryptocurrencies are notorious in terms of their energy consumption patterns. Some blockchains have been known to use more electricity than small countries, and with many people looking forward to the future of blockchain and mass adoption, rising energy use is a primary concern. Many blockchains are now going green, and one such chain is Holochain, the distributed protocol that IOEN’s core technology is built on. 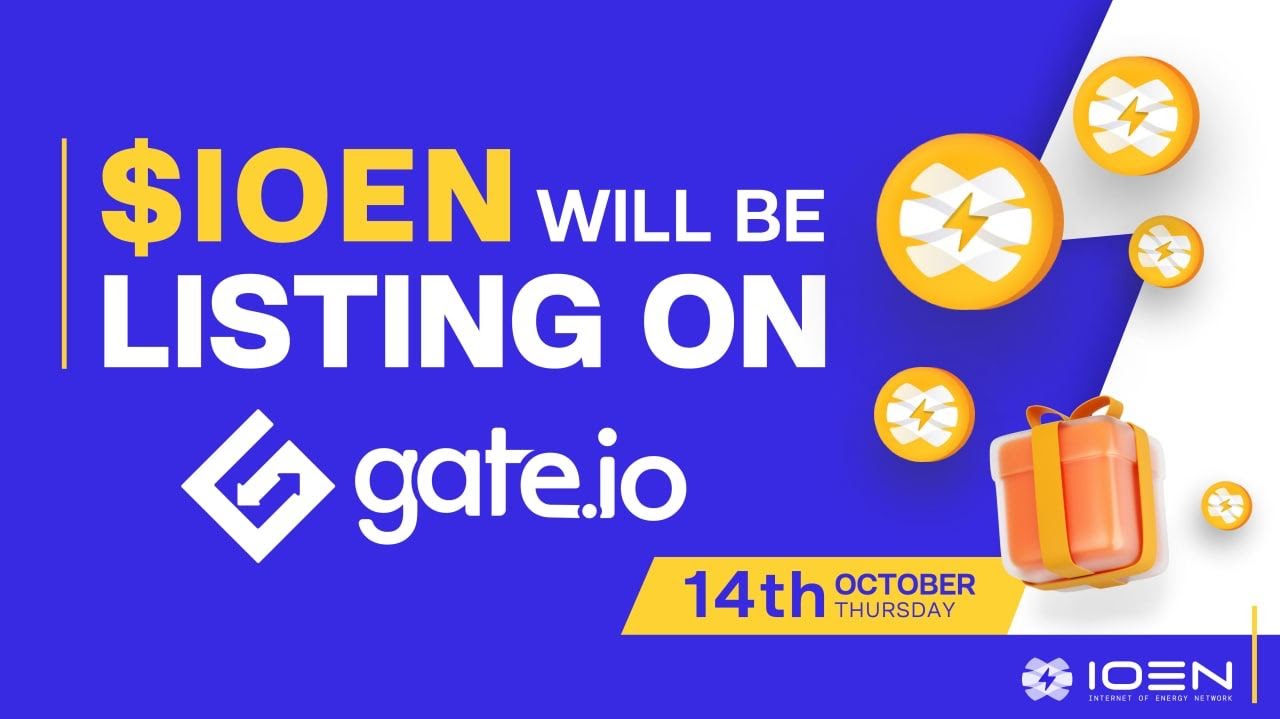 Debuting through the IDO route followed by CEX listing

With crypto’s increasing popularity also comes a slew of options to choose from. Over time, the prevalent method for most projects launching has become the initial DEX offering (IDO). Taking over from previous initial exchange offering (IEO) and initial coin offering (ICO) formats, IDOs boast greater liquidity, more versatility and a lower barrier to entry.

These advantages seem to have caught the eye of IOEN’s management and, as such, they will be launching on two separate platforms in October with a total market cap of $500,000 to be expected across both platforms. The stellar team has significantly contributed to driving the mission towards the current milestone. The first listing will be on TrustSwap and is slated for Oct. 11 with the whitelist beginning a few days earlier on Oct. 8. The second platform, TrustPad, will also feature a whitelist that will launch on Oct. 11 with the proper IDO to begin some days later on Oct 13.

Following these two IDO launches, IOEN will be listed in the Gate.io exchange on Oct. 14. It is the only centralized exchange of the three but could serve to push the launch to a far wider audience than could otherwise have been tapped.

Regardless, IOEN appears to have a strong community. Although “moonboys” are still present here as they are in many other projects in crypto, the community is strong as indicated by their social media presence and investments that have been made by companies such as Skyman Ventures (Mashable), AU21 Capital and Insignius Capital, with the whole funding round being led by SL2 Capital.

RedGrid is the foundational company behind the technology of IOEN. Unlike the not-for-profit IOEN foundation, RedGrid is a for-profit company, sharing the same goal of making the earth greener through intelligent energy technology. While IOEN creates the open-source tools to empower global innovators to create microgrids and efficient energy distribution, RedGrid is centered around automating devices to use energy that, at the time, is the lowest cost and greenest, based on local grid conditions. RedGrid has already implemented IOEN in its current technology in Australia. It now seeks to continue building on this core technology and inspire other innovators in how they can apply the IOEN microgrid protocol within their communities, cities and nations.