Osman Sultan, Chief Executive Officer of EITC, will provide a keynote speech at UNLOCK and announce new blockchain initiatives over the course of the two-day forum. 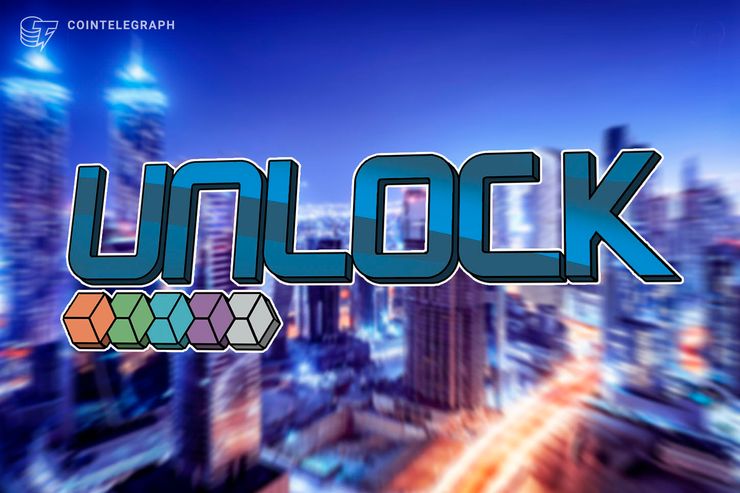 Osman Sultan, Chief Executive Officer of EITC, will provide a keynote speech at UNLOCK and announce new blockchain initiatives over the course of the two-day forum

Dubai, UAE, 13 January 2019: The UNLOCK Company DMCC, a platform that provides information, intelligence, insights and news pertaining to the Blockchain sector, is holding its second series of the UNLOCK Blockchain Forum in Dubai, UAE, on 15-16 January at the Ritz-Carlton Hotel, DIFC.

This year du, from Emirates Integrated Telecommunications Company (EITC), is presenting UNLOCK, where it will be showcasing its blockchain solutions alongside partners that include Grape Technology, ConsenSys, miCity and Dhonor among others.

UNLOCK, which is being held in its second year, has announced the participation of over 56 global and regional speakers that include prominent blockchain names such as Nick Spanos, CEO and founder of Blocktech and Zap, H.E. Wesam Lootah, CEO of Smart Dubai Government, as well as Mr. Osman Sultan, CEO of EITC, and prominent government officials from KSA that include Mr. Mohsen Al Zahrani, Vice President of Strategy and Excellence Saudi Payments (Saudi Arabian Monetary Authority), Mr. Bart Brands, President of European Blockchain Foundation, Dr. Marwan Al Zarouni, Founder & Chief Executive Officer of Dubai Blockchain Center, and many more prominent speakers.

To inaugurate UNLOCK 2019, Mr. Sultan will address the event’s participants with a keynote speech on day one.

Mr. Sultan said: “As blockchain technology matures in the region, the potential impact and value of this technology is showing real promise through its ability to transform our society and enrich the business climate. du is proud to be at the forefront of bringing blockchain initiatives into fruition within the UAE, and presenting a key event such as UNLOCK is a key step towards encouraging all stakeholders to play a role in unlocking the next transformative phase in the future of this disruptive technology.”

Mr. Walid Abou Zaki, Founder & CEO of UNLOCK, stated: “We are very pleased to welcome du as our title sponsor for UNLOCK 2019 edition. du has been a strong supporter of innovative technologies including blockchain. We were honored to have them with us as sponsors in 2018 and are pleased that they have decided to participate with us again strongly. We believe that the role of telecom operators is essential in the proliferation of blockchain applications and solutions across various industries.”

In October 2018, du announced that it would be developing the first Blockchain Platform as a Service (BPaaS), a cloud native blockchain infrastructure that can provision private blockchain networks with a high level of customization, support multiple consensus algorithms with monitoring, managing capabilities and smart contract capabilities, and will support multiple blockchain frameworks in the near future.

Du will be exhibiting at UNLOCK to showcase its solutions and platform alongside its partners. UNLOCK will have more than 20 blockchain startups showcasing their solutions at the forum.

UNLOCK Blockchain is a service offered by The UNLOCK Company DMCC. It is a platform that provides information, intelligence, insights and news pertaining to the Blockchain sector. We are one of the cornerstones in the evolution of the Blockchain ecosystem in the MENA region and globally. We encourage Blockchain’s disruptive innovation through our support of startups, investors, developers, and clients. Our main offerings include: