At Duality we’ve been keeping a very low-profile while developing groundbreaking products using the primary blockchains of Dynamic and Sequence, which is why you probably haven't heard of us. 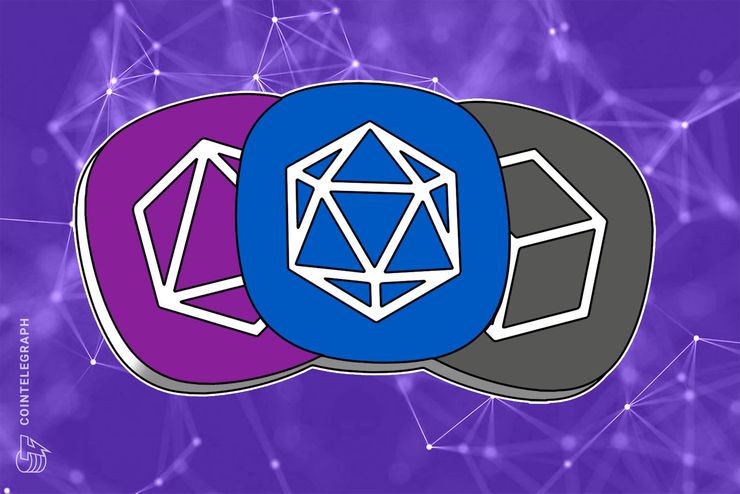 At Duality (Duality Blockchain Solutions LLC) we’ve been keeping a very low-profile while developing groundbreaking products using the primary blockchains of Dynamic (DYN) and Sequence (SEQ), which is why you probably haven't heard of us.

With an ideology of producing working products and solutions prior to any marketing, Duality holds an ethos that is rarely seen within the blockchain space, in comparison to other projects that favor marketing and hype ahead of development.

With our software fast approaching release, a bunch of solutions headed your way and marketing about to go into full effect, we are excited to show you what Duality is all about.

For most companies, LDAP (Lightweight Directory Access Protocol) plays a central role in coordinating identity and access management policies, being utilized by 95% of Fortune 500 companies. However, LDAP is extremely expensive to set up and maintain, SSO (single sign-on) is another option, but they have been subject to major security breaches.

With BDAP™, it’s easier to set up and use, reduces infrastructure costs, there are no third parties shadowing you, you own your data, it's not sold for profit, and there is far less risk of data breaches. With these benefits, it's only a matter of time until companies start using BDAP™.

The BDAP™ (Blockchain Directory Access Protocol) white paper can be downloaded from here.

Privately share files with friends, family, and colleagues without concerns about third parties shadowing your information. pShare™ protects privacy with a peer-to-peer network linked to your BDAP™ account, and uses end-to-end encryption technology, giving users exclusive authority over who they share content with.

Revolutionary workflow solution used for the ‘digital signing’ of documents, reducing the currently lengthy process to just a few simple steps. Duality aims to ensure pSign™ is cheaper and more secure than any other solution currently available.

This award-winning identification system allows fast and simple enrollment while combining demographic and biometric data to eliminate errors. NoID™ and the blockchain(s) of Duality could prevent data breaches, and even save lives within the healthcare sector, where ~250,000 deaths each year are caused due to medical errors in the US alone.

A standalone end-to-end encryption library, and welcomed update to PGP which was authored way back in 1991. VGP™ offers the same level or better security than PGP, with smaller and faster 256-bit key operations compared to 2048-bit used in PGP, resulting in a much smaller ciphertext, allowing much faster encryption and decryption.

A mechanism to amend primary blockchain consensus rules of Dynamic without network interruption. This enforces self-regulation, allows changes to reward amounts for Dynode operators and miners, and acts as a response to arbitration or attack. Consensus rule changes usually require ALL users to update and a hard-fork to take place, however with Fluid Protocol, changes take effect after just two blocks (128 seconds).

The primary blockchains of Dynamic and Sequence will be the foundation for the Blockchain as a Service (BaaS) & BDAP™ solutions of Duality. Dynamic and Sequence are not ERC20 tokens which are reliant on the Ethereum blockchain (which currently 80% of the market consists of), but instead, independent custom built public blockchains. The work being done by Duality is extensive and visible for all to see on GitHub.

Amir Abrams (Duality CTO) has over 25-years experience as Lead Programmer and Director of the Medical Informatics Division at Louisiana State University (LSU), including their medical school, eight hospitals, and over a thousand health clinics. While at LSU, he led the development of an electronic medical record, disease management, surveillance and population health systems used by thousands of physicians and nurses. His work has been published in renown national and international medical journals.

Spencer Lievens (Duality CDOO) brings 8-years of blockchain experience, has worked under contract for institutions such as The Royal Mint (UK), and projects such as Cardano (ADA), working alongside BitGo, CME Group, and Cryptonomy.

Duality has additionally contracted Hiddenfield to assist in the development of its first decentralized application. The expertise and professionalism shown by Hiddenfield will be reflected in pShare™ when released.

Both Dynamic and Sequence are available to download from https://duality.solutions and can be purchased from Bittrex, UpBit, CryptoBridge, BlockNet. To find out more information, head over to the Discord or Telegram channels where you can interact directly with the team.