Dutch Startup “BotBird” is launching a set of services that aims to bring together different aspects of the blockchain.

Dutch Startup “BotBird” is launching a set of services that aims to bring together different aspects of the blockchain. 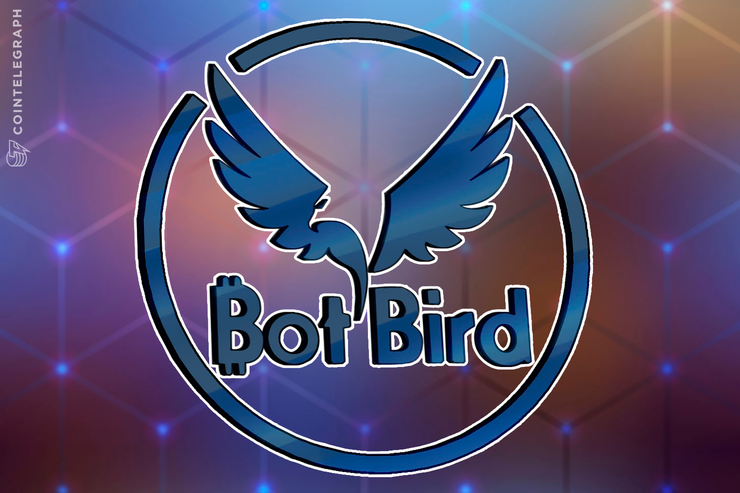 Dutch Startup “BotBird” is launching a set of services that aims to bring together different aspects of the blockchain. While the services alone are well known amongst crypto investors the set combined might make a big difference in the scene altogether.

Crypto lending took a flight last year with lending programs popping up nearly every day. The promise was simple: Invest some bitcoin or Ethereum, get the counter value returned in alt coins minted by those lending programs and earn a certain percent of interest daily.

Unfortunately most, if not all, lending programs could not exceed the expectations due to several reasons. One of the more important ones being the fact that the said lending programs did not have a seemingly sincere method of generating income related to the promising daily interest rates.

At the height of the Lending Program hype it quickly became clear that most of their daily interest pay-outs was generated from acquiring new investors. They possibly could only last as long as they did due to fact that the crypto market cap kept rising thus resulting in almost unnatural growth of their minted coins.

While the idea of a lending program itself is actually a very good one the elaboration remained unsatisfactory. BotBird aims to maximize the idea and created a seemingly sustainable way to successfully operate a lending service.

Besides the fact that they actually focus on operating a sustainable service by offering a maximum of up to 10% monthly interest they also offer investment protection by holding your investments in Escrow. Also, their members are only allowed to invest a maximum of 5000 USD in their lending program service every 30 days.

If they did not have a plan to actually justify their monthly 10% interest this would have no meaning nonetheless. Actually, their plan is not only based on paying a certain interest rate but also provides a realistic approach in increasing the value of the BotBird Token (BotB) altogether.

Expanding their network by acquiring Web Shops and Online Services is the key in not only generating an income that can cover the interest payments but also actively promotes the use of the BotBird Token. Early investors probably aim to acquire a solid amount of tokens since every time someone must acquire BotBird Tokens to pay the value increases.  A smart move from the start-up

Betting only on their Lending would do BotBird no good as lending in general is a tainted subject lately. Therefore it’s positive to see that their Lending Service is not the main service they offer. Another addition is Peer-2-Peer oriented and offers members the chance to lend directly to each other. Combined with a “Trust” system and an adjustable interest rate this P2P Lending looks very promising.

P2P is also the key in the third service they offer; the P2P Exchange. Where common exchanges are subject to country specific laws and rules, the P2P Exchange offers users the chance to directly exchange any crypto currency directly from one member to another.

Using the Peer-2-Peer Exchange might seem a dangerous way to exchange your hard earned currencies but by adding the use of BotBird Token as collateral it actually turns user-friendly and safe. Whenever a member uses the exchange and agrees to “swap” coins with another member he or she deposits a certain amount of BotBird Tokens as collateral. Once the swap goes through and both sides have received their new currencies the tokens are released again. No waiting time, no exchange fees and due to the active need to use BotBird Tokens another increase in value of the BotBird Token.

The Dutch startup came into existence after the initial group of friends lost one time too much at promising ICOs which eventually turned out to either be unsuccessful in the operational part of the company or simply turned out to be scams after all. Where others would have started believing in the power of the blockchain the group actually came together and start a Blockchain Business that proves that some ideas are perfect if executed right. It didn’t take them long to find a good team of developers and one thing led to another. BotBird came into existence and with the latest addition to their team the company grew to the final form it is in now. While the startup was Dutch at the beginning it evolved into becoming more internationally oriented. Now they have employees all over the world from all walks of life. Dutch, Turkish, Arab, Chinese, Japan, Sri Lanka just to name a few. If you want to put it to a test don’t hesitate to contact their handles in their rapidly growing public telegram group @botbird.

BotBird is just around the corner of launching their ICO. Start of the Pre-Sale is March 30th and a total of 3,000,000 tokens will be available for sale at a special early adopter price of 0.50 USD per Token.
Next stages will be rolled out starting April 18th when the first round of the ICO will be launched. The project aims to finalize the ICO after May 16th when the final ICO round will take place. By that time we should already see a very active network of web shops, online services and partner becoming part of BotBird.

The Pre-Sale ICO is completely focussed on early adopters and the money raised will be used to finance the acquisition of the first online services. As they have already finished their complete system they can start focussing on acquiring income generating services.

The Pre-ICO sale is launched today at site.