As part of its ongoing development, Dvision Network has announced the launch of its upgraded Dvision World 2.0 in beta mode. The launch will officially commence on Dec. 14, 2022. Not too long ago, via a collaborative partnership with market leaders Binance NFT and GameFi.org, Dvision Network unveiled the highly anticipated 4th LAND Sale, which began on Oct. 28 at 6:00 pm KST.

What’s there to know?

As stated in the official disclosure, the second iteration of Dvision World will include numerous features that will be released in an unprecedented manner. This includes the long-awaited release of Meta-City Seoul, the PET system known as “Ondoll,” and even a play-to-earn (P2E) model attached to their Land nonfungible tokens (NFTs), ensuring their sustainability and uniqueness.

It was indicated that the upgraded version of Dvision’s metaverse will have a significantly improved UI and UX, and it has already demonstrated certain aspects of its virtual reality (VR) by regularly uploading video fragments to its official Twitter page.

The outlook of the characters in the new Dvision World will additionally be updated. Users can select their character’s appearance from a variety of futuristic character designs. Moreover, Dvision users can finally purchase “PET NFTs” to fight monsters in their first Meta-sustainable City’s version of P2E and experience the redesigned P2E concept within Dvision Network. 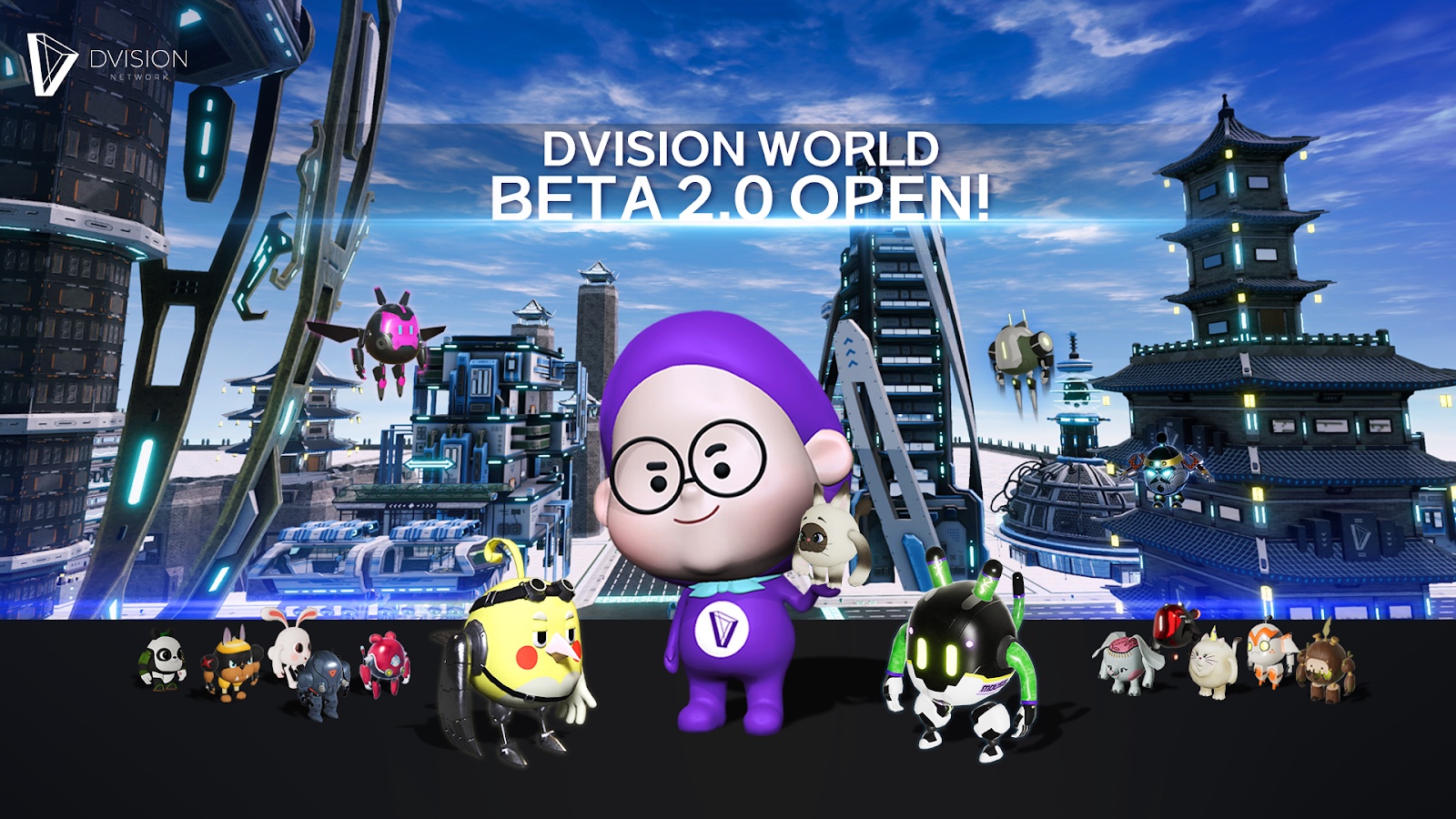 What is a Meta-city?

Dvision established the concept of “Meta-City” as a central component of its metaverse. A Meta-City is essentially a collection of Meta-Spaces (Land) that create in-game content for users to use on a larger scale. Meta-Space is a limited-edition NFT item that represents the digital real estate available in Dvision.

Through the aforementioned new update, there will now be a new city as “Seoul” will be opened to the public with thousands of users being able to explore the Meta-City openly and with no restraints. Dozens of new NFTs to use in the metaverse like cars, UFOs and more will be available as well.

Dvision Network previously introduced a new NFT staking solution to improve the usability of digital plots, and as a result, the team has already completed three successful Land sales across multiple platforms. Additionally, thousands of Lands have been sold via platforms like Binance NFT, Shopify, OpenSea and NFTb.

The Land staking function was the first utility to be connected with the digital plots before the official launch of the “Meta-Cities,” where the Lands were utilized to introduce content created by individuals within the Dvision Metaverse.

Dvision Network aspires to be the world’s most sophisticated blockchain-based NFT metaverse platform, speedily establishing a cutting-edge metaverse ecosystem through the use of its own VR technology, reducing entry barriers for all types of users globally. In doing so, designers, businesses and general users can immerse themselves in one of the most advanced and captivating metaverse experiences possible.

For additional information and regular updates, visit the official website as well as the Twitter, Telegram and Medium channels.