Dvision Network to launch its open beta test on June 30

Dvision Network, one of the leading blockchain-based nonfungible token and metaverse platforms, revealed that its long-awaited open beta test will go live on June 30, 2021. According to Dvision Network, the open beta test launch will be divided into several phases, with the following stages to be announced after the successful completion of the first phase. The countdown has already begun on its official website.

During the open beta test, users will be able to fully customize their characters with options such as selecting preferred nicknames and desired costumes for their characters, and will also be able to further utilize their avatars to enjoy the virtual reality experience in Dvision World. The avatars are able to implement several unique functions such as animation, teleportation and socialization, which can boost their performance and enhance the time spent inside the metaverse.

The “My Space” feature provides a tailored virtual space where users can obtain their personal piece of a virtual estate in Dvision World. Users can also purchase different items to build their virtual space according to their needs and preferences.

Dvision World is expected to provide an innovative metaverse experience that will transform the NFT sector. Users will be able to engage in different economic activities by utilizing NFT standards to protect their digital assets such as avatars, virtual spaces, and items in Dvision Network’s robust NFT market. 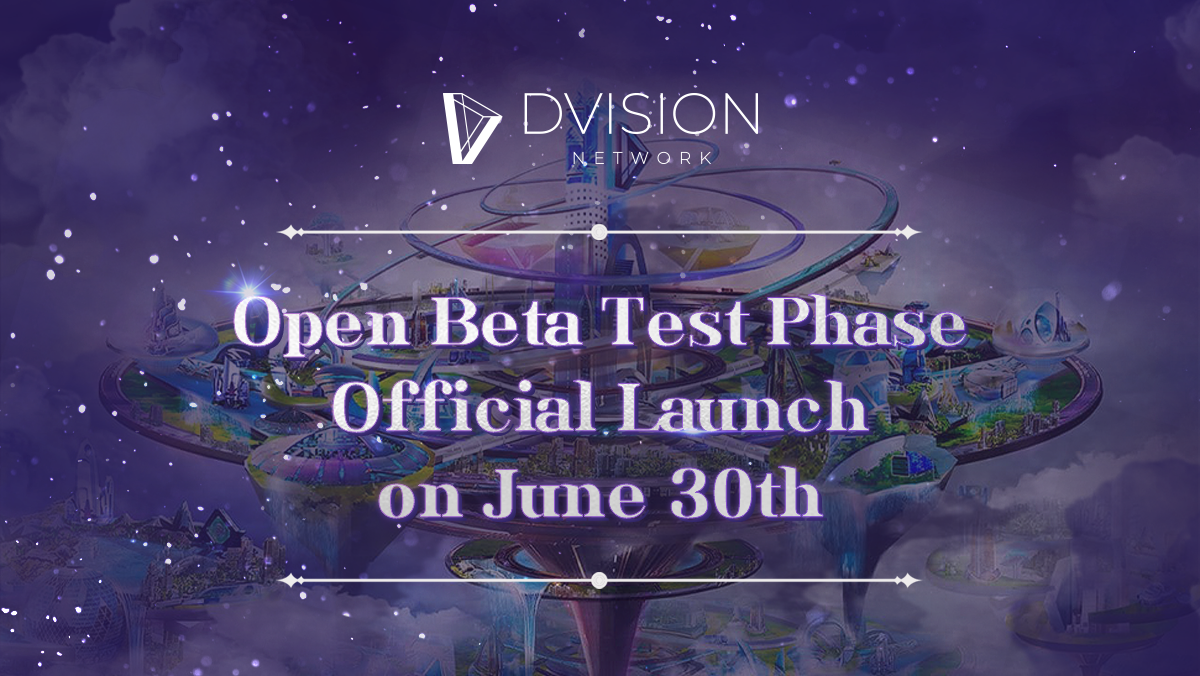 Although Dvision Network’s open beta test is only just paving its way toward future development, it has achieved a range of milestones in recent months and is regarded as one of the fastest-growing blockchain-based metaverses in the sector. Dvision Network is currently ranked fifth in the metaverse sector right behind Axie Infinity, Sandbox and Decentraland according to CoinMarketCap. Dvision Network is also regarded to be one of the largest Binance Smart Chain and NFT projects in the space with its current market capitalization which constitutes around $60 million with its floating supply of 21%, whereas the fully-diluted market cap (FDMC) is valued at around $260 million.

It should also be noted that the Dvision Network team is continuously making significant developments in the marketing and business aspects, holding different cross-promotion activities and campaigns focused on expanding its community. Dvision Network recently conducted a huge airdrop with leading cryptocurrency price aggregator CoinMarketCap where 150,000 DVI tokens ($65,000) were distributed among 2,000 lucky winners. Before this, Dvision Network conducted a similar collaboration with DappRadar as well. Currently, the Dvision Network community comprises over 200,000 members across all social media channels.

Previously, Dvision Network revealed that it collaborated with Curvegrid to build a bridge to the BSC. Since then, it has continued to make noticeable waves in the BSC ecosystem, with its participation in the Most Valuable Builder program, followed by its recent AMA on the BSC official channel. Dvision Network’s upcoming NFT market is expected to significantly boost its performance level on the BSC, which would further elevate its position in the ecosystem.

Dvision Network has also embarked on high-profile partnerships with other blockchain protocols to improve its infrastructure. The NFT metaverse revealed a strategic collaboration with BSC turnkey solution platform Ankr in June. With this, Dvision Network utilizes Ankr-distributed nodes to power its cross-chain bridge and NFT marketplace.

Dvision Network’s native token DVI has also continued to show a decent performance, with its recent rebound of 65% after it took a dive followed by a market downturn led by Bitcoin’s (BTC) fall. DVI was recently listed on Indodax and Bittrex, opening up access to tokens to more users globally. Indodax is the largest regulated exchange in Indonesia with more than 4 million users, while Bittrex is considered to be one of the largest and reputable platforms in Europe.

Dvision Network provides a web-based real-time streaming 3D VR metaverse service so that users can easily experience metaverse content such as fairs and games. On the Dvision Network platform, anyone can easily create NFT items without any development-related expertise. Dvision Network’s NFT trading system enables monetization by directly connecting creators and consumers without intermediaries, which serves to connect the virtual world to reality.

Dvision Network’s products are powered by DVI and are listed on several exchanges including Uniswap, Bithumb, Coinone, Bittrex, Indodax and Hoo.