Ecio, a blockchain game built on BNB Smart Chain (BSC), is a space-battle strategy game that centers around building a unique space crew and conquering the Ecioverse. This universe will be filled with exciting gameplay, profound storylines and engaging strategies, built by a dedicated team of designers, storytellers and creators. There are several play-to-earn game modes, including single player, player-versus-player (PVP), cooperative play, guild wars and land customization. Rewards are given in both of the project’s native tokens, ECIO and Lakrima, complete nonfungible tokens (NFT) and NFT fragments. NFT collections can be upgraded and combined to reinforce players’ crews with increasingly powerful warriors.

ECIO wants to build an interactive community that unites all gaming, space and decentralized finance fans. It aims for open communication with the community, allowing fans to discuss the project and give their opinions while voting for the directions Ecio takes.

Ecio can be used beyond gaming and collectibles. It gives token and NFT holders the privilege to access exclusive features such as the game’s upcoming comics and more.

With its proprietary designs and story-rich Space Warriors, Ecio has high potential to expand its project to off-chain businesses in the entertainment industry such as animation and cartoon licensing.

The team behind Ecio is reaching for the stars through its collaboration with Binance NFT: the leading curated marketplace for digital art, fashion, music, games and more. With the current growth of interest in NFTs and Ecio’s exciting development roadmap, it only makes sense for the two brands to team up.

These Mystery Pods each contain a guaranteed Space Warrior NFT, which are valuable for players’ arsenals in Ecio’s strategic player-versus-environment and PVP battles. There are four character classes in the Ecioverse: Tanker, Fighter, Nuker and Supporter. Each crew member has different passive talents, abilities and stats, allowing unique and creative team strategies that will help players earn income as they win battles. 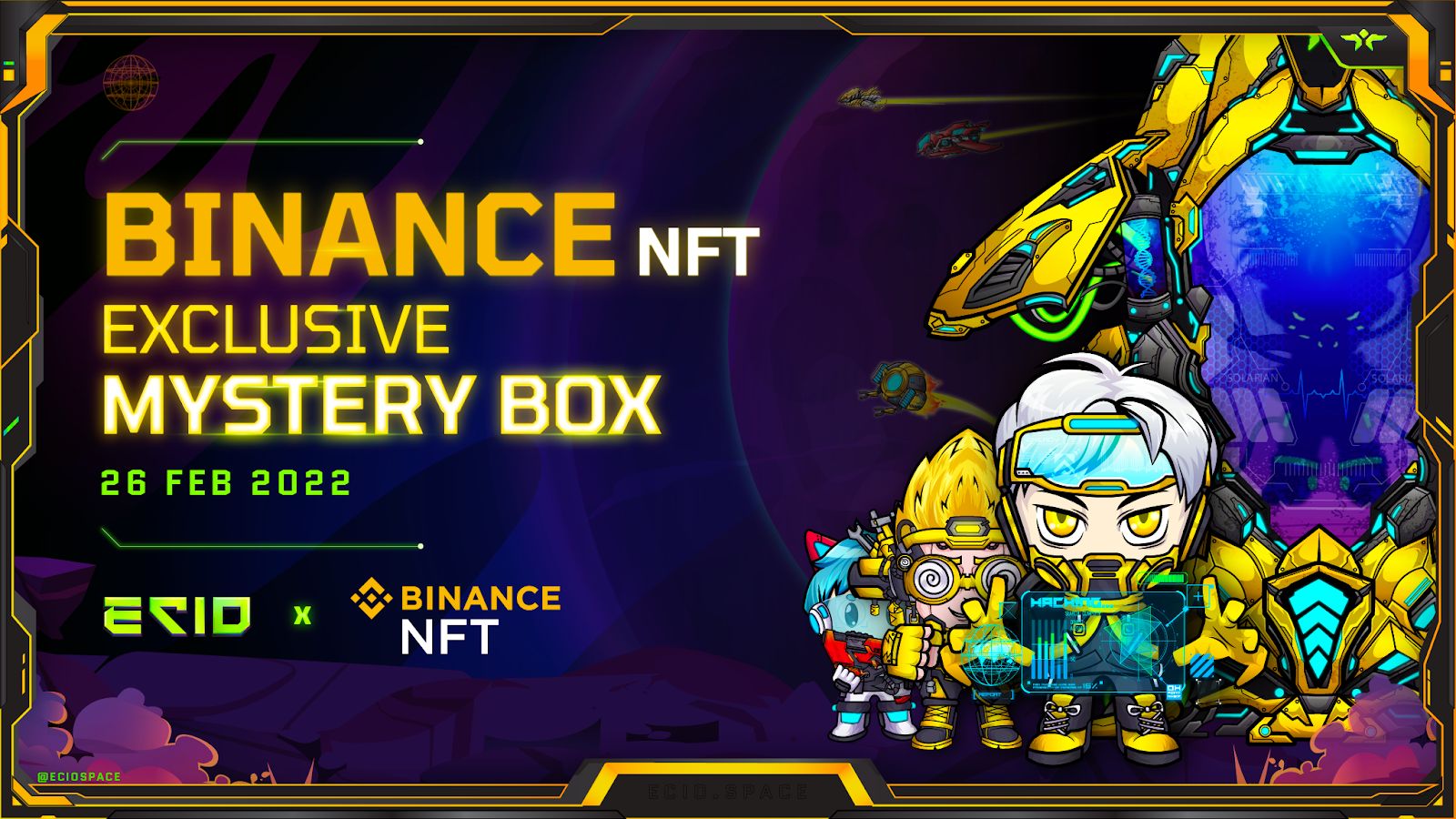 The Alpha Pass will be introduced on Feb. 19, 2022. This special-access pass gives participants priority access to the testnet and mainnet game environments, reward and bounty pools valued at 10 million ECIO, lotteries and also first access to new NFT minting. There will be three pools available:

Ecio has been teaming up with top-tier names in the industry, including Chronos Ventures, Basic Capital, Golden Shovel Capital and MochiLab. It has teamed up with game guilds, including Good Games Guild, MetaGaming Guild and Earn Guild to expand the gamer community globally. Other collaborations include CoinMarketCap, Certik, Chainlink, Verichains and World of Defish.

Ecio is incubated by Poolz Ventures, an investment fund established by the core team at Poolz, enabling innovative blockchain startups to scale and accelerate economic growth.

To learn more about Ecio’s latest information and updates, visit its channels: