This week, Idle StoneAge, an emerging play-to-earn (P2E) idle game, completed a seed round of investment with a total of $25 million raised. The round was led by KuCoin Ventures, a leading investment arm of the KuCoin exchange that aims to invest in some of the most disruptive cryptocurrency and blockchain projects in the Web3 era.

Idle StoneAge is fast becoming one of the key players in the growing GameFi space, which seeks to utilize nonfungible tokens (NFT) and a network of smart contracts to enable people to earn money by playing video games. With the intention of being community-driven, individuals will be able to participate in determining the direction of the game by being involved in its foundation, which is responsible for managing in-game development and strategic fund allocation. 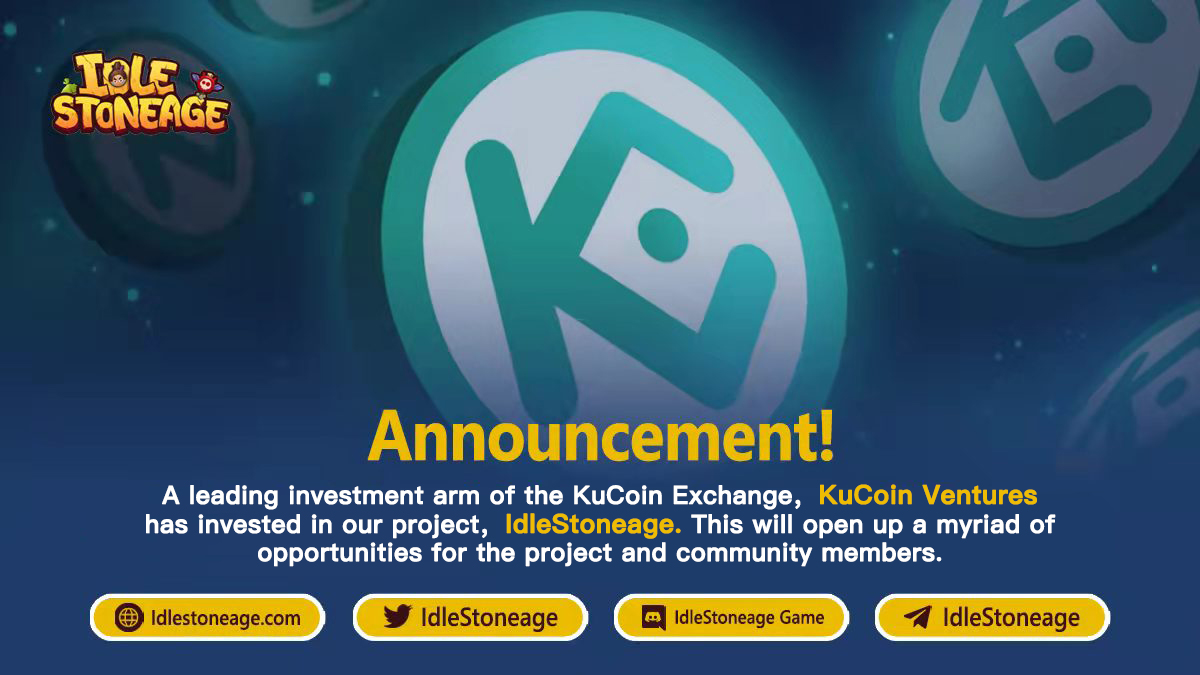 The $25-million fundraising round was led by KuCoin Ventures and supported by a large number of other prominent blockchain-focused venture capital firms and investors, including Chain Capital, Conflux, R8 Capital, Trade Coin VietNam, Three Lions Capital, Junli Capital and many more.

The funds will be put toward a combination of game development, in-game economy support and marketing efforts with precise details outlined in the project team’s white paper and set to be actioned according to the community-driven foundation.

Diving into the game itself, players will find themselves immersed in a world of cartoon heroes and monsters in search of a long-lost treasure. Gameplay is turn-based, with each player able to employ different strategies that enable great replayability and diversity. Players can earn, unlock or buy NFTs of Hero characters with differing skill sets and properties to battle against each other and other evils in the world around them to gain experience, level up and compete for prizes. The game is playable as both an in-browser and mobile app, with consistent player interfaces and experience on both.

Idle StoneAge is part of a new generation of applications that are seeking to revolutionize online entertainment by allowing players to be a part of the games they are playing and be financially rewarded for that participation. Players can choose to buy and sell their NFT items, stake the application-native governance token SAX or NFTs, and become liquidity providers to earn profits. Also, individuals can choose to vote on the developmental direction of the game using SAX and decide for themselves how Idle StoneAge should be.

After a successful airdrop campaign in January, Idle StoneAge is set for mainnet release in late March on KuCoin Community Chain (KCC). Moving forward, the team has outlined plans for an NFT blind-box event that will distribute the first generation of Idle StoneAge Heroes to players worldwide. As the community continues to grow, the development team will slowly concede decision-making powers and responsibilities to the players who will grow to become the governing authority on all things Idle StoneAge.

Idle StoneAge is a synthetic NFT concept and dual-end web-mobile game based on blockchain and deployed on KCC. It is driven by the community, and the core gameplay is card-turn-based.

KCC is a public chain project initiated and built by the developer community of KuCoin’s token, KCS, and KuCoin, aiming to solve the network latency and high gas fees of the Ethereum network. It is Ethereum-based and compatible with Ethereum Virtual Machine and smart contracts to provide community users and developers with a higher-speed, more convenient and lower-cost blockchain experience.