The Everscale network has announced the roster of guests and speakers for its upcoming EverPoint Conference, set to take place on May 7 at the Renaissance Bali Uluwatu. The conference is being held to commemorate Everscale’s and its community’s second anniversary as well as the network’s expansion into the Asian market, beginning in Indonesia. The conference will be followed by an elite international blockchain networking event, with some of the biggest names in the industry set to be in attendance. 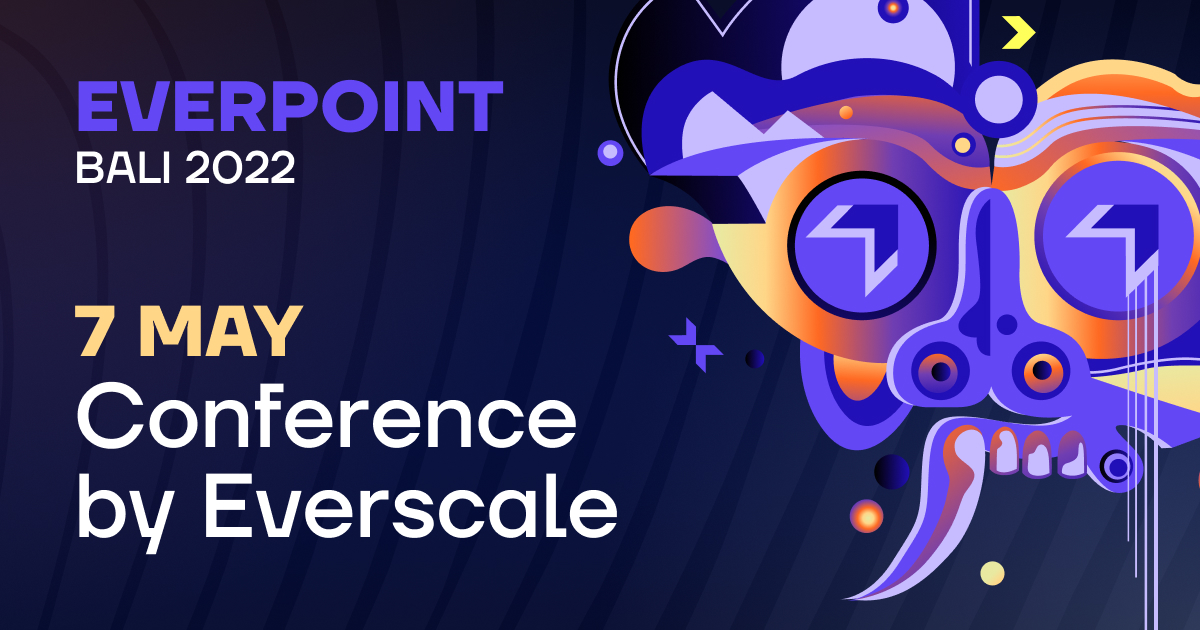 True to its name, Everscale is the most scalable blockchain network today. A dynamic sharding mechanism provides Everscale the unique ability to adapt itself to any load size, which in turn allows it to process millions of transactions instantaneously and at near-zero fees.

Built to be able to handle a massive amount of users, in the two years since Everscale launched, it has made significant progress toward its goal of offering a completely decentralized, safe and limitlessly scalable DeFi experience.

The Everscale network has had a diverse ecosystem built around it, including its native DEX FlatQube, which will soon have its own order book. Users can make exchanges between different kinds of digital assets, engage in yield farming and staking mechanisms with high APR rates, open a native digital asset wallet, utilize cross-chain bridge platform Octus Bridge to send liquidity between other networks and Everscale, and get involved with a DAO-controlled launchpad and NFT marketplace. Both Octus Bridge and FlatQube have seen remarkable growth of late, with the latter’s total value locked doubling over the past month to over $80 million.

The entire ecosystem and the progress that has been made over the past two years will be on display at the EverPoint Conference. As one of the most technically advanced and capable blockchain networks, Everscale’s potential as a springboard for other Asian DeFi products is limitless.

A constellation of some of blockchain’s brightest minds from all over the world has been put together to make EverPoint one of Indonesia’s premier cryptocurrency events. The conference will be centered around three marquee panel discussions with industry visionaries.

The future of blockchain and cryptocurrency in Indonesia

One of the event panels will be delving into the future of blockchain and cryptocurrency in Indonesia. Featuring IndoCoin Nusantara Trust founder Henri Morgan Napitupulu, MX Global CEO Fadzli Shah Bin Anuar, Coinstore founder Irvan Tisnabudi, Masamune founder Aditya Uozumi, Millennia Ventures founder Gan Fong Jek, PVG founder and CEO Vladislav Ayukaev and X0swap CEO Andry Suhaili, the discussion will span a wide range of topics, from regulatory questions in the country, VC and private equity positions on crypto, the prospects of Indonesian cryptocurrency projects, the particulars of the Indonesian NFT market and the local approach to the Metaverse.

DAOs and what they mean for the future of interoperability

Another panel will take a deep dive into DAOs and what they mean for the future of interoperability. The guest speakers here will include ZBX.com CEO David Pulis, Ever.fund general partner Vasiliy Smekalov and Cointelegraph editor-in-chief Kristina Lucrezia Cornèr. The panel will cover everything concerning DAOs, from the basics to the validity of security concerns, the purpose of cross-chain DAOs, how dividend distribution should work and the potential for future legal integrations.

The final marquee panel will discuss the evergreen issue of CBDCs and stablecoins. The speakers, private investor Dragan Marincovic and Warp Consulting CEO and Everscale DeFi Alliance founding member Sergey Dzhurinskiy, will look at the new crop of stablecoins that have been making waves in the industry, and discuss whether Tether’s longevity as the dominant stablecoin will be sustainable in the long term.

Tickets for the event are all NFTs and rare collectibles on the Everscale blockchain. Of the three tiers of tickets that have gone up for sale, two have already been sold out, but there are still VIP tickets available for the conference and event. These tickets can be found on the EverPoint site.

While those who are unable to attend will be missing out on one of the biggest blockchain events to come to Bali and an unparalleled networking opportunity, this conference is only the first taste of Everscale in Asia. As this event marks the opening of Everscale’s operations in Bali, much more is sure to come.

Everscale is a new and unique blockchain design that proposes a scalable decentralized world computer paired with a distributed operating system. Everscale is based on a platform called Ever OS, capable of processing millions of transactions per second, with Turing-complete smart contracts and decentralized user interfaces.

Everscale presents some new and unique properties, such as dynamic multithreading, soft majority consensus and distributed programming, which enable it to be scalable, fast and secure at the same time. It is governed by a decentralized community founded upon meritocratic principles via the Soft Majority Voting protocol.

Everscale has powerful developer tools, such as compilers for Solidity and C++, SDK and API, client libraries ported to more than 20 languages and platforms, and a range of decentralized browsers and wallets empowering many applications in DeFi, NFT, tokenization and governance domains.