Steep increases in the market cap and volatile rates of various cryptocurrencies have contributed to a majority of the headlines in the media. 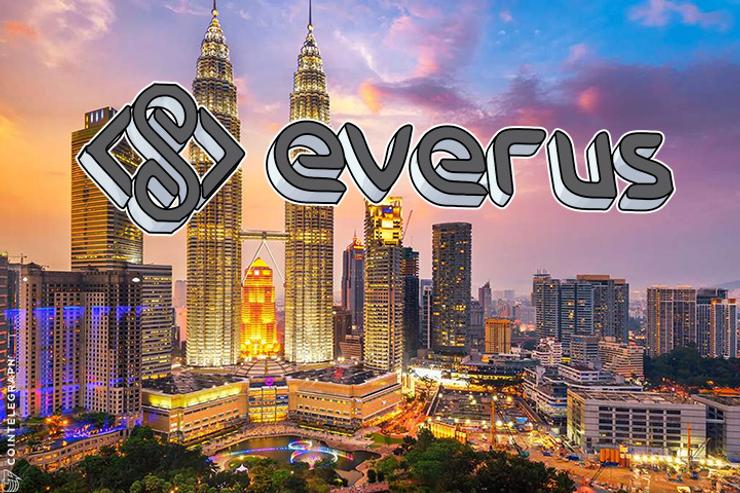 Steep increases in the market cap and volatile rates of various cryptocurrencies have contributed to a majority of the headlines in the media.  However, there exists a human aspect of blockchain applications that has not drawn enough attention yet.

“Everus is a financial technology company that aims to make the world a little smaller, life a little simpler and everyone’s financial tasks a lot more rewarding. Blockchain (and cryptocurrency) is not just disruptive, but a foundational technology and although that makes conversion of applications and users way more challenging, we need to begin that change now,” said Srinivas Oddati, Everus co-founder and CEO at one of their recent events in their Blocktober World Tour 2017 (BWT17).

The BWT17 was an international prelaunch series of workshops where the Everus core team traveled across the globe through Malaysia, Singapore, Dubai, Switzerland, Russia, Poland, Philippines, Cambodia, England, India and Greece to personally engage both cryptocurrency enthusiasts and laymen alike. Their aim was to gain insight into barriers and needs of ordinary people at the brink of a cryptocurrency revolution. Blocktober 2017 culminates in Genesis - the official launch of the EVR cryptocurrency on the 30th of October 2017.

“The humanization of blockchain technology explains how it can create applications and tools which can impact our daily lives positively. Catering to consumers needs for rewarding experiences, trust and reliance, convenience, security, belonging, lower costs and instant gratification - and how blockchain technology can help us achieve these objectives, the idea of the Everus World was born,” explained Alexander Johnson, co-founder of Everus Technologies.

Everus World is envisioned as your entire financial and commercial universe contained within one amazing mobile app. Their cryptocurrency, EVR or “Evers” will be the resident cryptocurrency that functions as the bloodstream of this world.

Here are some of the highlights of the upcoming Everus World mobile application, set for release in 2017/ 2018:

Inside this ecosystem, every financial task will lead you to greater rewards. Sending, receiving, trading, spending, shopping, lending, borrowing, paying your bills through Everus World earns you Everus Experience Points (EXP) that entitles the user to ever increasing rewards and benefits as you level up. Never have financial tasks been so rewarding - with discounts and crypto-back rebates at click and brick merchants, or our cryptocurrency e-mall (Everus Mall).

Then, a pilot program will be executed in selected regions to take remittance to a whole new level, with GPS based cash delivery networks using Location Based Services. Imagine receiving cash for your cryptocurrency, delivered right to your doorstep by the cash runner closest to you. No hassles, long waiting times and high transaction fees of centralized banking.

Imagine the possibilities this infrastructure opens up for peer to peer microfinancing, solving the problems of conversions from cryptocurrency to fiat, and the level of convenience this offers both lender and borrower. The blockchain technology and smart contracts also allow for alternative social risk-scoring and transparent, peer network-verified credit ratings that determine the borrower’s interest rates.

Moving forward, their vision of humanizing blockchain financial services expands to a multi-blockchain protocol, a multi-cryptocurrency verification network that interconnects multiple cryptocurrencies - not just in a wallet, but with debit cards and Alt-currency Automated Repositories or ALTARS, the Everus version of ATMs for cryptocurrency.

Everus Technologies is also building its proprietary blockchain platform, offered as BaaS -  Blockchain as a Service to enhance governance and operational efficiency in organisations and governments. The platform has yet to be named, and is targeted for release mid-2018.

Follow their journey as Everus ushers in a new era of financial fairness and inclusion, through empowerment of the people with technology.

With EVR Genesis set for 30th October 2017, cryptocurrency users are invited to register their basic EVR wallets at www.everus.org/signup as the components of Everus World are progressively released in the coming months.

For their white paper and roadmap, visit or contact: